British Open 2019: 5 things you missed while you were sleeping on Friday

PORTRUSH, Northern Ireland — Good morning and welcome to the second round of the 2019 Open Championship. Oh, you were sleeping? Don’t worry, we’ve got you covered. Here’s a quick rundown of what you missed.

1. The Weather Is Perfect (right now)

The weather was glorious on Thursday morning but, as I’ve come to learn with Irish weather, that doesn’t mean much. It poured three different times throughout the day, so take it with a grain of salt.

All that said, the weather is beautiful once again on Friday morning and seems to be holding steady for longer periods than a day earlier. It might as well be moving day today, because this is the best scoring opportunity the players might have. 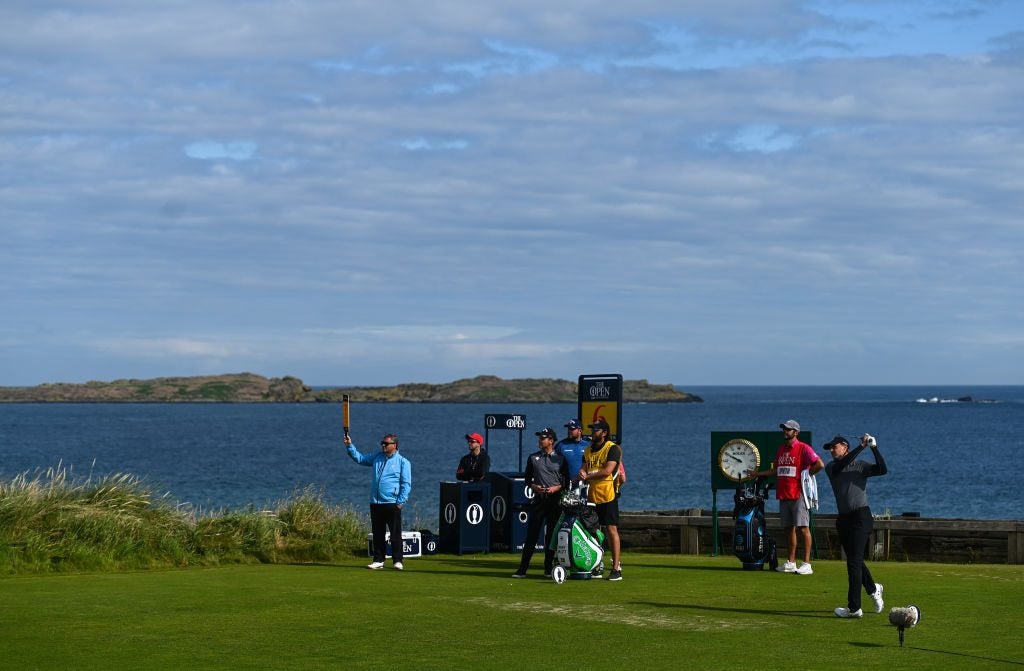 2. Lehman Rolls Back the Years

Tom Lehman, likely playing his final Open Championship in 2019, hit the first shot of the day. It was a nice moment for the 1996 champ, but his best memory from the day will undoubtedly be his approach into the 10th hole. It rode the slope masterfully and ended just inches from the cup. It was his only birdie of the day en route to a second-round 76.

.@TomLehman13 is rolling back the years with this approach at 10 #TheOpen

Tommy Fleetwood isn’t the only Englishman lurking at the top of The Open leaderboard, but he may well be the most dangerous. His ball-striking was as good as ever on Friday morning, but it was his putter that got hot. He started the day at two under but at one point got to six under to vault into solo second.

'That will keep the momentum going!'@TommyFleetwood1 holes a pressure putt at the 8th to remain -4 #TheOpen

Tiger didn’t have the best day on Thursday, but he looked much better earlier in the day on Friday. He even gave the crowd a sneaky fist-pump after a birdie on the first.

What is it about Jordan Spieth and the Open Championships? The tournament just seems to bring the best out of him, even when he’s not playing all that well.

And that was the case again on Friday.

One-under coming into the second round, Spieth went birdie-birdie-eagle-birdie between holes 5 and 8 to get all the way to six under, before bogeying the ninth to finish five under through 27 holes. You can follow the rest of the second round here, and check out scores here.

.@JordanSpieth is on the charge!
An eagle putt at 7 moves him to -5 #TheOpen