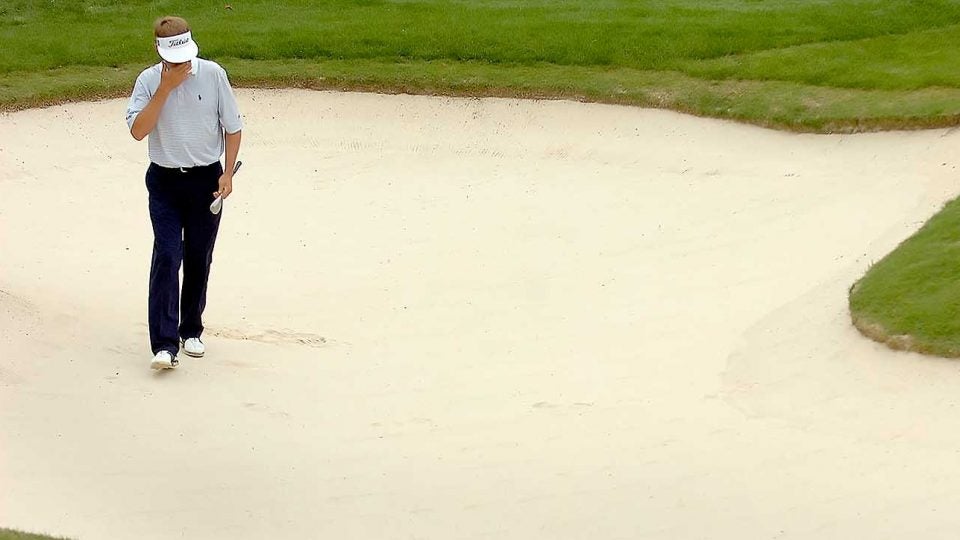 The rules of what you can do in a sand trap will soon be loosening up.
Getty Images

The Topic: What you can (and can’t) do in the bunker

The Old Rule: Most golfers know to be careful once entering a bunker. No grounding the club. No touching the sand. No removing leaves or any kind of debris. Is there a rock resting against your ball? Tough break. Play it as it lies, and hope you don’t scratch your new $200 wedge in the process. Otherwise it’s penalties, penalties penalties.

The New Rule: Under Rules 12.2a and 12.2b, the player will be allowed to touch or move loose impediments in a bunker and will be generally allowed to touch the sand with a hand or club. You still can’t intentionally touch the sand to “test” it. And you can’t clip the sand during a practice swing. But the rules haven’t loosened up considerably to allow you to play a sand shot without any outside materials affecting the shot.

Why It Was Changed: The USGA says the point of playing out of a bunker is to play out of sand – not battle stray rocks, leaves or other debris.

Will It Be Controversial? Not really. This is a rule that was designed to wipe out a few controversial scenarios, and it says here the new revision has succeeded. Now, there are still no practice swings allowed in a bunker for both pace-of-play reasons and to prevent players from splashing extra sand out of a trap. Accidentally grounding a club in a bunker still has some potential to stir up problems, but the simple act of moving debris around a ball should be welcomed by golfers of all abilities.

How It Can Help You: Now you don’t have to scuff a new club again a stone while blasting from a bunker. Also, a stray leaf no longer has the potential to screw up your shot and derail your round. Sounds good to us.