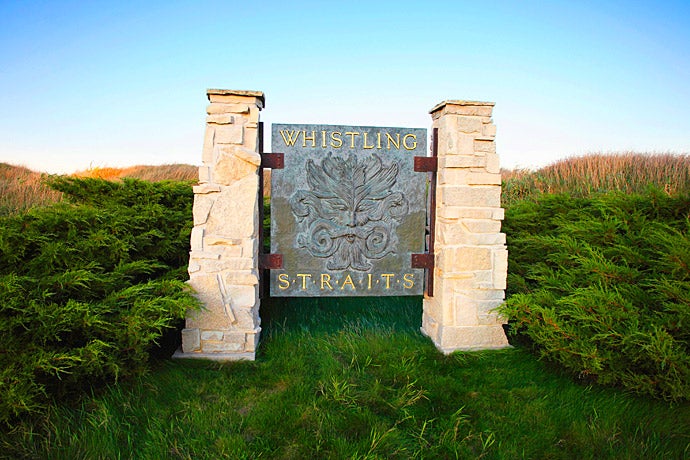 The 2015 PGA Championship begins at Whistling Straits Thursday in Sheboygan, Wisconsin. Though the focus will be on Jordan Spieth chasing his third major of the year and Rory McIlroy returning from an ankle injury, the course has a unique story.

Here are nine things to know about Whistling Straits:

2. It’s public, but expensive. A round at the Straits Course currently runs $385 per person before a mandatory $65 caddie fee. For a cheaper fare, the twilight rate is $270.

3. There is more than one course. While the Straits Course receives all the attention, there’s a second track—the Irish Course—at Whistling Straits. The price is $190 but doesn’t border Lake Michigan.

4. Bring your walking boots, because there’s no riding a cart here. Caddies are required on the Straits Course, though the Irish Course nearby does allow carts. 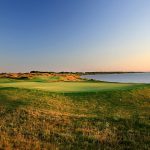 5. You’ll find some sheep there. Sheep roam the course throughout the year, walking alongside golfers. They’re moved off-site, however, when the course hosts major tournaments.

6. It’s still young. The Straits Course opened to the public in 1998 while the Irish Course opened two years later. Both of them were designed by Pete Dye.

7. The PGA of America loves it as a host. The 2015 PGA Championship will be the third PGA Championship held at Whistling Straits in a 12-year span, by far the most of any course. You will see it again soon as the host of the 2020 Ryder Cup. 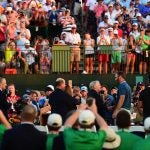 You may also like An oral history of DJ’s PGA Championship bunker debacle, where a major title slipped away

8. The course record is 64. Liang Wen-Chong carded a 64 during the third round of the 2010 PGA Championship. He finished tied for 8th after a Sunday 73.

9. There are more than 1,000 bunkers. One specific bunker became the story last time the PGA was held at Whistling Straits. There’s a lot of sand for the pros to deal with.