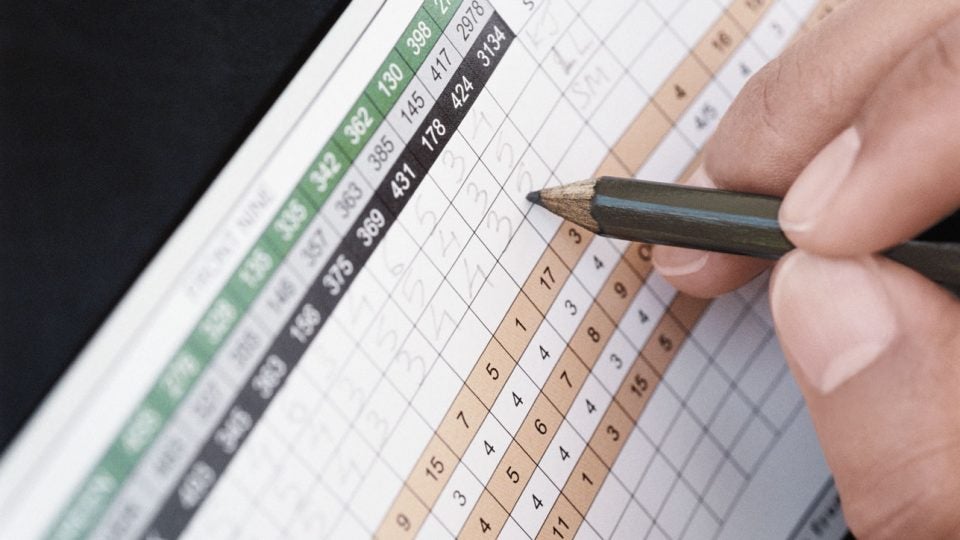 The USGA released an updated set of rules for golfers playing amid the coronavirus outbreak.
Getty Images

Rules are rules and no sport adheres to them quite like the game of golf. A dozen high school players in Oregon learned that lesson the hard way Monday when they were disqualified from the state golf tournament for mistakenly playing from an incorrect tee box.

The confusion stemmed from an error on the tournament-issued scorecard at Quail Valley Golf Course in Bank, Ore., where the yardage on the par-3 13th (the players’ fourth hole of the day) was listed at 172 yards. The field was playing from the blue tees, but on this hole the red tee was playing the 172 yards listed on the scorecard, so the players moved up and played from the red tees.

The executive director of the Oregon School Activities Association said that the instruction to play from the blue tees was the “first bullet-point on the rules sheet.”

Players in violation will be allowed to continue playing in the event, but their scores will not count. Check out the full report from OregonLive.com.