When Miami native Roly Padron lost his job, he turned back to his high school passion: detailing shoes. Years later, he’s the reason why golf’s elite players are adding flair to their kicks, and why your next pair of spikes might be a lot more colorful. 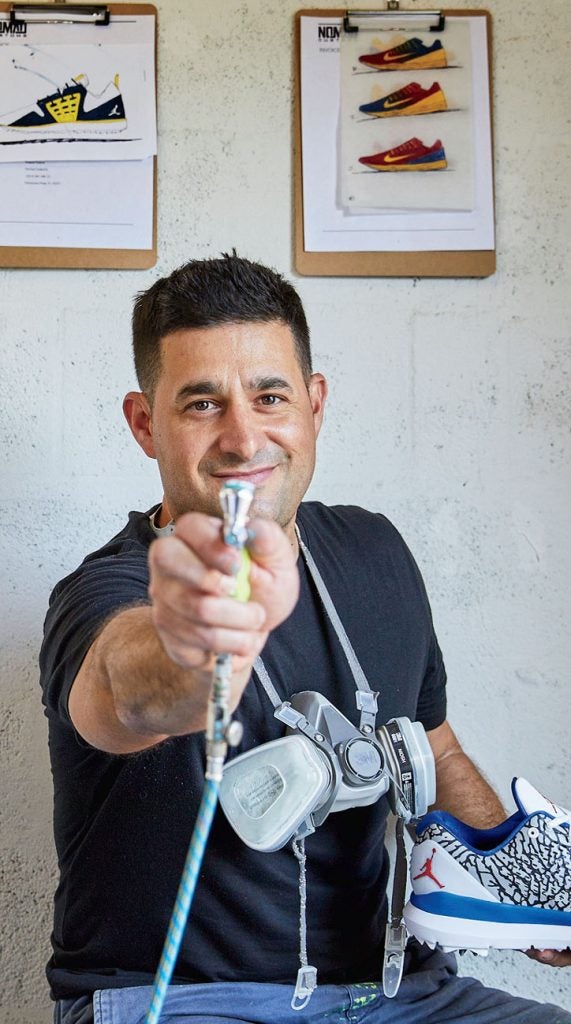 Roly Padron has become the go-to-guy for pro golfers to get their spikes designed.
Jeffrey Salter

What is Nomad Customs?
Nomad Customs is a custom footwear design company that I started myself. I take stock shoes and redesign them in a unique, colorful way. “Nomad” is actually my oldest son’s name—Damon— spelled backwards. That was just the first name I could think of.

When did you begin detailing shoes?
I started with my own shoes back in middle school and high school. If it was a stock shoe that everyone had at the time, I would change it up, usually with Sharpie markers. Anything to set them apart from what my friends had.

But you haven’t always been in this line of work, right?
I had been doing property management for 15 years. My family was not in the best situation. We were living with my wife’s parents. I was just searching for a job and sending out résumés. In the meantime, I became a caddie and had the opportunity to loop for [NBA HOFer] Ray Allen one day. That was the day my life changed. I presented the idea of me doing some work for him. He was into it. I didn’t have to caddie much after that.

Were you nervous?
I was checking my phone a lot those weeks. We spoke briefly and discussed some ideas. Then we met at a gas station in downtown Miami. He opens up his trunk and there’s a bunch of Jordan golf shoes. Everyone pumping gas pulled out their phone and took pictures of Ray. I grabbed a couple pairs from his trunk and just went to town.

Where does it go from there?
I initially started doing it for fun. Through word of mouth—in other words, Ray told his friends—it kind of started growing as I posted shoes on my Instagram account. I became busy and had enough orders to where it wasn’t a hobby anymore. The last five years have been a heck of a ride. I’ve done of lot of work for various brands —Nike, G/FORE, Puma. 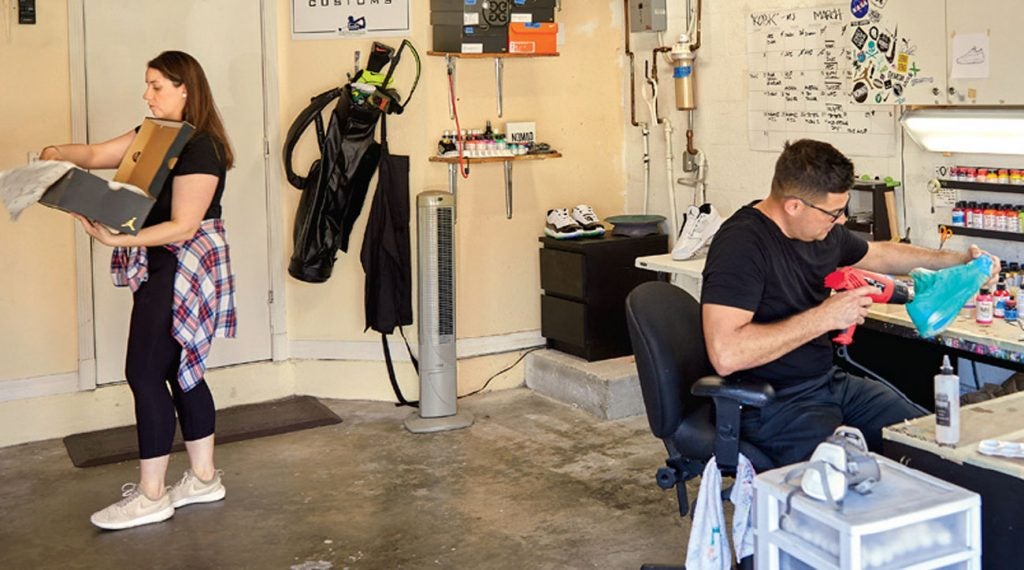 Roly Padron working out of his garage.
Jeffrey Salter

What’s been your favorite project?
The Arnold Palmer shoe I did for Rickie Fowler. It was one of the most intricate designs. Rickie loved them and got a lot of attention. I remember when I hand-delivered the shoes to Rickie, the first thing he said was “Wow, that’s some good painting.” It was pretty awesome to hear him say that.

What’s your process like?
Really, it’s like getting your car repainted. You strip it, add primer, sand it down in certain areas, add generous coats of paint and a finish. Generally, it takes about six to eight hours to do a full custom design.

And the price point?
It really depends on how much artwork and time is involved. An average custom costs about $500, but you can go up and down from there.

What’s up with the “KOBK” written on your calendar?
It stands for “Kill or Be Killed.” That’s a quote Michael Jordan wrote on Keegan Bradley’s golf shoe once. It’s just that mentality of striving and wanting to always conquer. If you’re passionate about something, you just gotta go for it.

You now do work for many athletes. How does that work?
They’ll usually have the shoes shipped directly to me. They’ve seen some of my work on Instagram. They tend to trust my judgment. For the most part, I have the freedom to do what I like.

And you work entirely out of your garage. Has it always been that way?
Nomad Customs was actually born in my bedroom. I set up a desk in the corner. Still use it today. I was painting and spraying shoes in the bedroom. 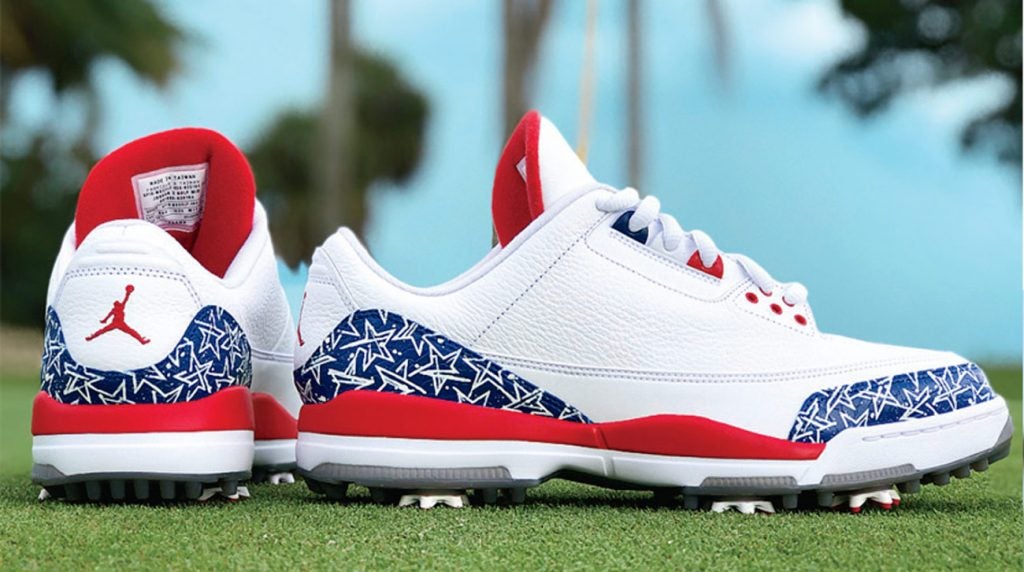 You spend all day grinding on these shoes. Do you ever take a break?
One thing I do is pull out my clubs in the garage, slide out a hitting mat and work on my swing. If I have extra time I’ll actually go to the range and hit some balls.

Why do you focus on golf shoes?
I’ve done work on all the major sports, but it’s just my love of the game. I’ve played for about 20 years. I’m a 4-handicap. I play all around Miami. I just enjoy the game so much that golf is my preference.

Which Tour player would you most love to work with?
The GOAT himself, Tiger Woods! I think if I had to design a shoe for him, it’d be in red and black, for him to wear on a Sunday. That would pop. Tiger, if you’re listening, let’s make it happen!

What’s been the wackiest request?
One of the most out-there requests came from Ray Allen. He wanted a rainbow-style design. I wasn’t sure how it was going to work, matching his outfit to the shoes. I had to fade every single color into this one pair of Jordan 11s. Leave it up to Ray, though. He’s probably the only person who could pull it off.

What does it say about you and your family that you’ve been able to create a career based solely on a passion of yours?
I was able to grow the business in a way that allowed my kids to see how I stuck to what I believe in. I had the support of my wife. There were many times I wanted to quit. I really didn’t feel like it was going to go anywhere. The kids got to see all that first-hand. I think it’s just a story of never giving up and following something you’re passionate about. If you have a talent, you just continue to work at it and develop it with time. I always try to get better, somehow, some way. 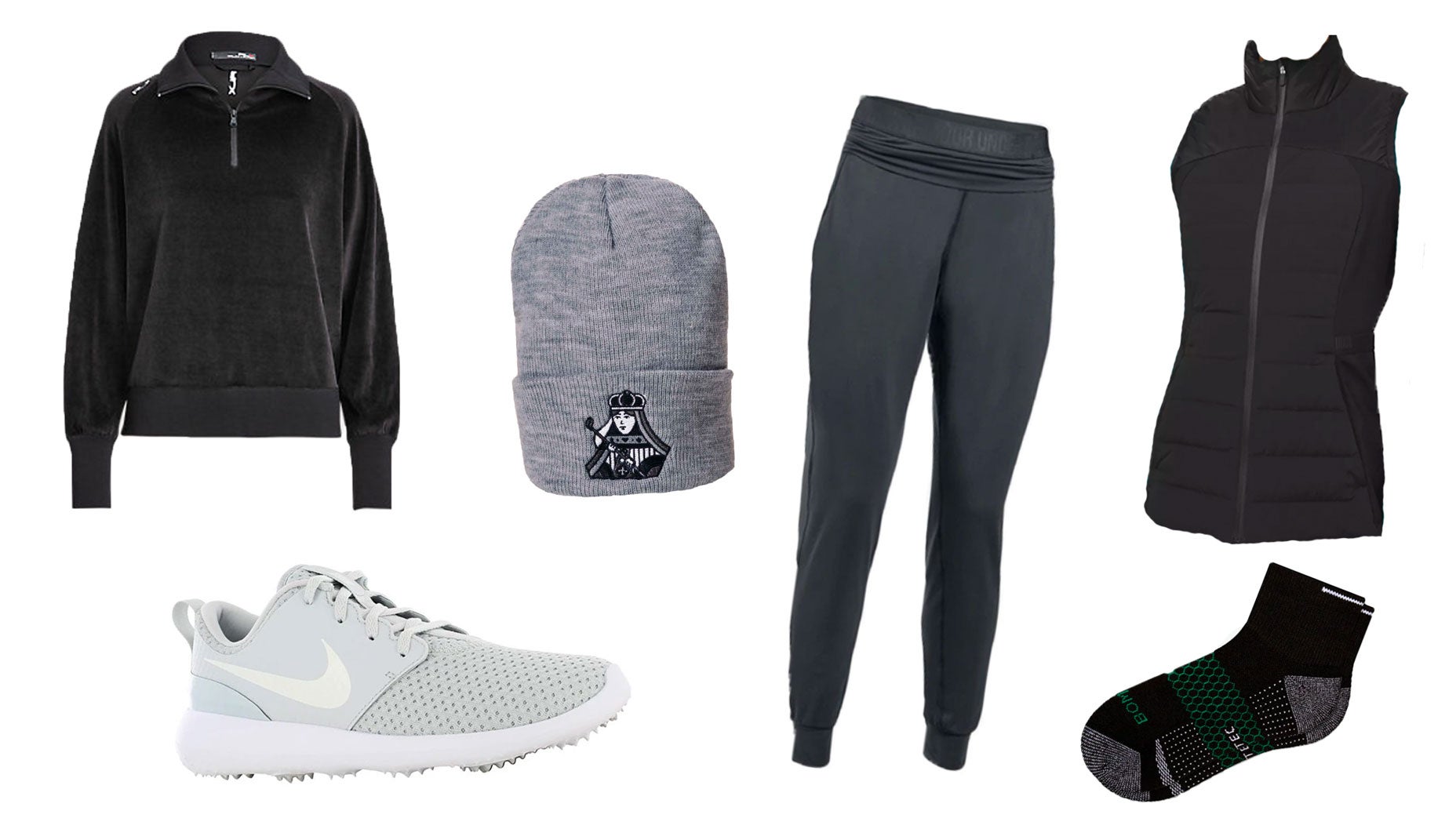 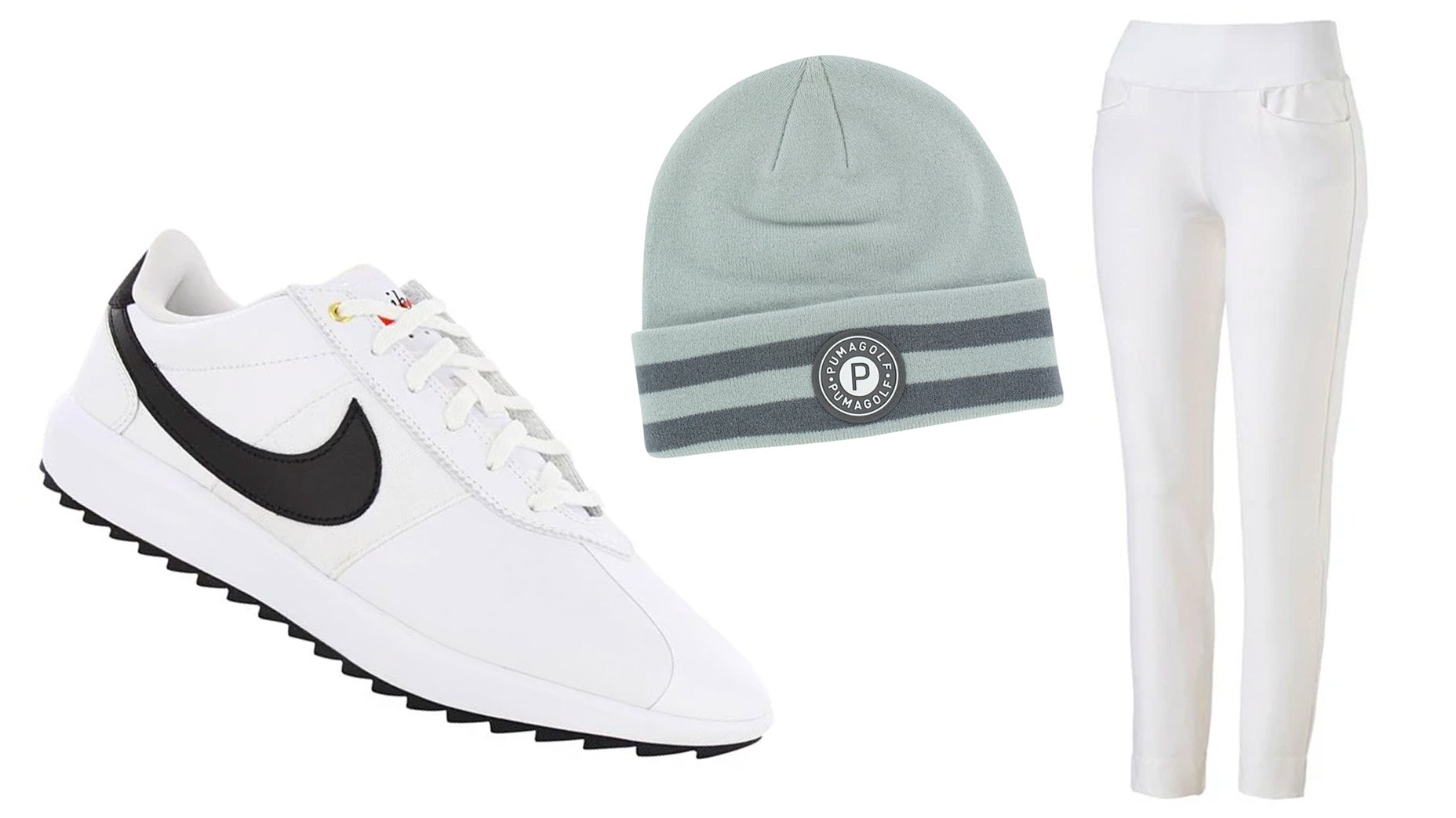 I’m treating myself this holiday season with $200: Here’s what I’m buying 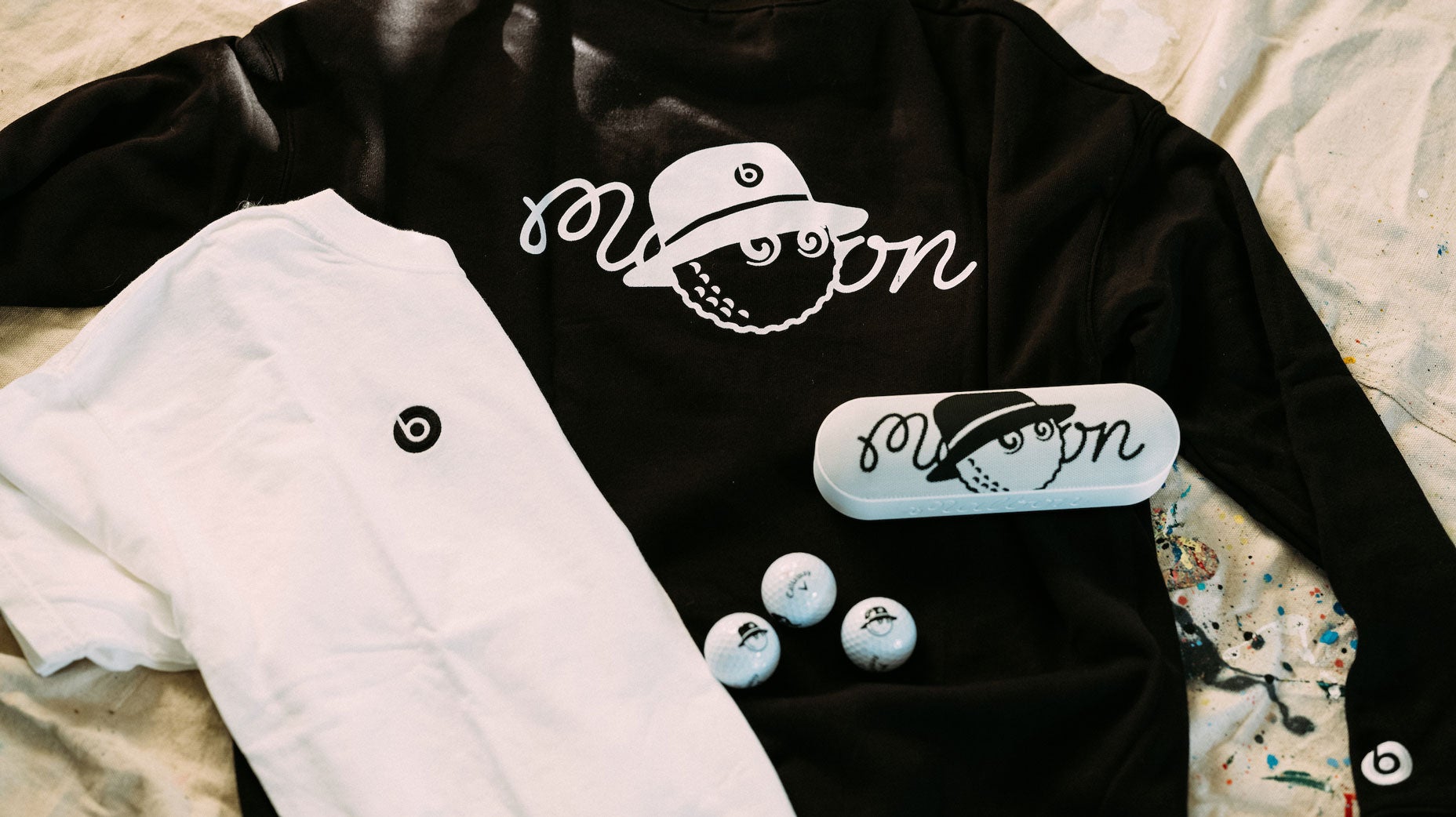 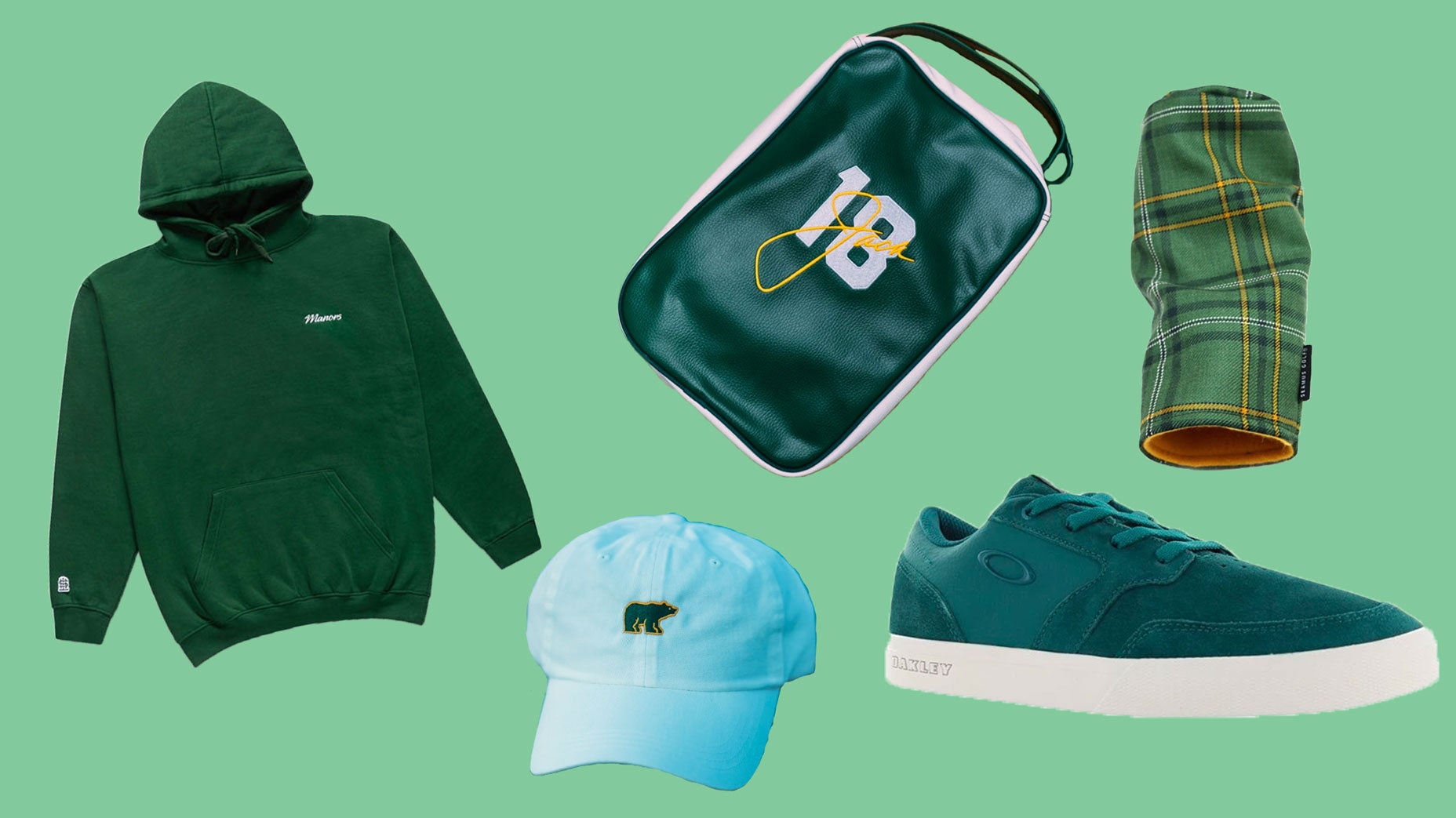 Pumped for the Masters? Here are 13 items that have us thinking Augusta green 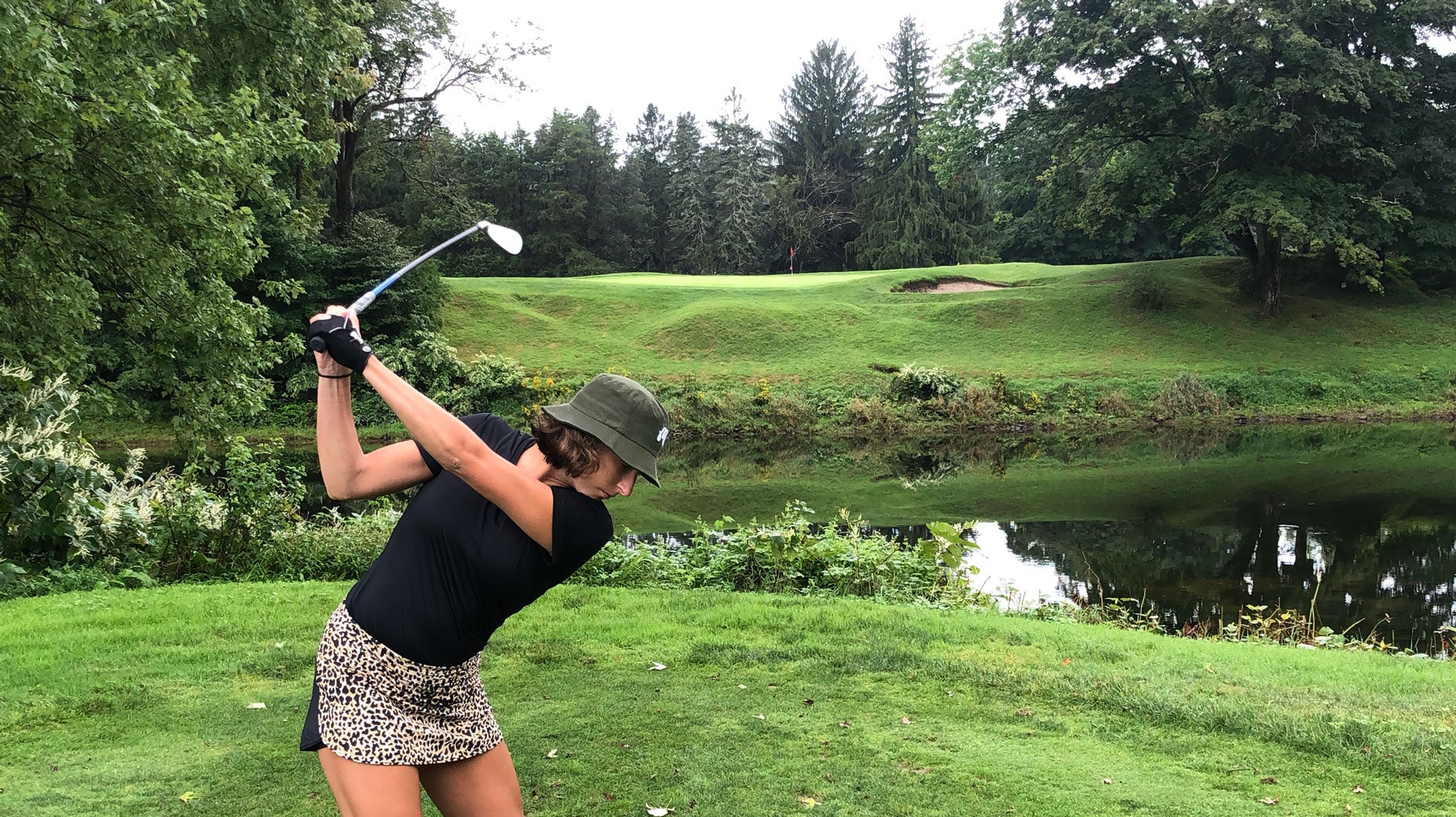 3 golf course ready hairstyles for ladies with a short doo