Copy Lydia Ko’s plan for a ‘healthier, happier’ mindset on the golf course 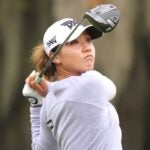 Lydia Ko has experienced the highs and lows of a pro golf career. She won as a 15-year-old and racked up eight wins between 2014 and 2015, when she was just a teen.

She’s still only 23 and has won 15 times on the LPGA Tour, but only one of those victories came in the past four years, at the 2018 LPGA Mediheal Championship. For Ko, based off her previous results, it certainly wasn’t what we were used to seeing. She went through several well-documented coach and caddie changes and dropped to 55th in the world ranking in July of last year. Since then, though, she’s had five top 10s (and eight top 15s) and hasn’t missed a cut in 11 events.

Now up to 29th in the world, Ko is kicking off her 2021 season at this week’s Gainbridge LPGA at Lake Nona Golf & Country Club in Orlando, which also happens to be her home course.

During her pre-tournament press conference on Tuesday, Ko was asked about riding the highs and lows and what her mindset is when she’s playing well and also playing poorly.

Ko said even when she was world No. 1, it was never easy. And when she was struggling it was frustrating. The key, she said, is something her coach, Sean Foley, has helped her with: to not be so results-orientated.

“At the end of the day, all I can do is try my 100 percent, have a lot of fun out there, and whatever happens, happens.” Ko said. “I think that’s a big goal of mine this year, and it was kind of the case the end of the year last year as well. Just doing the best in what I can control, and what I can control are things like having 100-percent commitment over a shot before taking the shot or preparing myself well before an event.”

“If things go well and results follow, that’s great. But I think I just got to accept the things that are coming my way. I think it’s a much healthier, happier mindset to be playing at.”

Ko said if she does a better job managing these things, the results will come with it.

“So I think I’m trying to be less focused on, ‘OK, I want to do this. I want to get to this rank,'” she said. “When it gets like that it becomes so narrow-minded, so I’m trying to be more free and just play with a lot of belief and just enjoy being out there.”