What would you pay for a round of golf with Paige Spiranac? 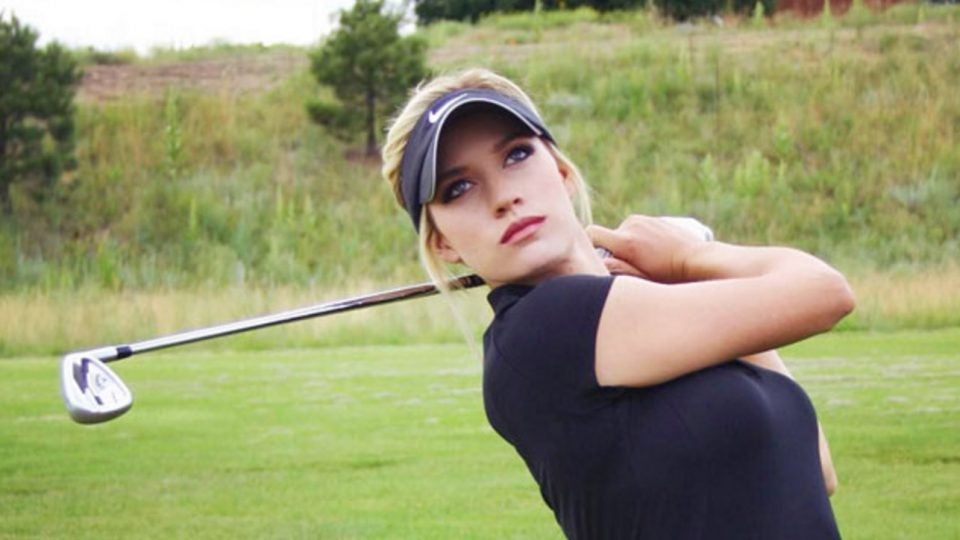 Have you ever wondered how you could snag a tee time with social media sensation Paige Spiranac, or what it would be like to caddie for PGA Tour winner Marc Leishman? Well now, thanks to Charitybuzz’s second annual golf auction, you can bid on these experiences, and much more.

The money raised from the auction, which runs through May 4, will be distributed to a wide variety of charities.

“I’m excited to partner with Charitybuzz and raise money for The Cybersmile Foundation, whose support programs help spread a positive message to those affected by cyberbullying around the world,” said Paige Spiranac, whose offer of a round of golf for three people at Grayhawk Golf Club in Scottsdale, Ariz. had already garnered a bid of $6,500.

Other once-in-a-lifetime experiences up for grabs are:

-A two-night stay and private round of golf with Steve Stricker at Bunker Hill Farms, an invitation only luxury lodge and golf property near Chicago (current bid: $16,000)

-A meet-and-greet with Jack Nicklaus, two week-long VIP tickets to the Memorial and a round at Muirfield in Dublin, Ohio (current bid: $10,500)

-The chance to caddie for Marc Leishman at the 2018 Tournament of Champions in Kapalua, Hawaii (current bid $2,500)

-Four nights at the Lodge at Pebble Beach, and two rounds at Pebble and one at Spyglass (current bid $8,500)

If these experiences seem a bit out of reach, price-wise, there are some “bargains” to be had. A foursome with carts and lunch at Brae Burn Country Club in Purchase, N.Y. is a steal at a current bid of $500. And how about this one: you can join Jason Day and Michael Phelps in a private meet-and-greet at the Celebrity Golf Outing on May 22 at the legendary St. Charles Country Club, a premier private 18-hole course. The package includes six VIP tickets for a gala and concert, one golf group of three players at Celebrity Golf Outing, the opportunity to select your celebrity fourth player, breakfast and lunch on course, a gift bag for each player on your team, and an autographed item from Jason Day and Michael Phelps. Current bid: $0!