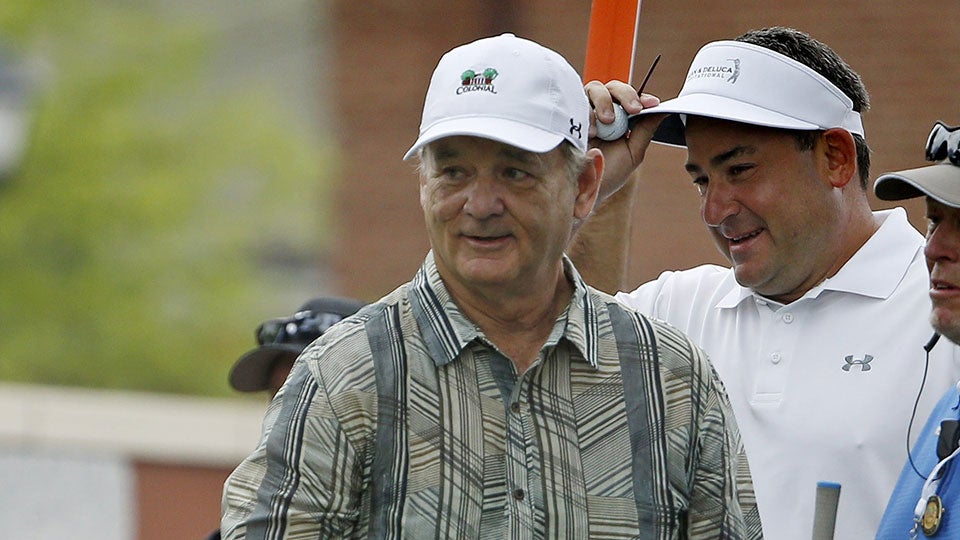 Expectant couples are always looking for fresh and fun ways to reveal their baby’s gender, and for those who love golf, hitting a specially-made ball that dissolves into blue or pink powder has been a popular choice (and was employed by DJ and Paulina to reveal the gender of their second child).

But having a celebrity take that swing for you? That’s a whole new level of cool. And when that celebrity just happens to be Bill Murray — aka Carl Spackler of Caddyshack fame — well, that might just be the Holy Grail of incredible baby gender reveals.

And so it was for one Florida couple. According to the Daytona Beach News-Journal, Jacqueline and Michael Davis attended the Murray Bros. Caddyshack Golf Tournament at World Golf Village in St. Augustine, Fla. last week, and they brought the special ball with the intention of asking John Resig, president and co-owner of TheChive, to do the honors.

Resig agreed, but when the couple reached the designated spot, surprise! Resig has arranged for Murray himself to hit the shot instead.

Murray even gifted the couple with the driver he used to hit the shot, which they plan to pass along to their son when he’s older.

You can watch a video of the entire reveal below.