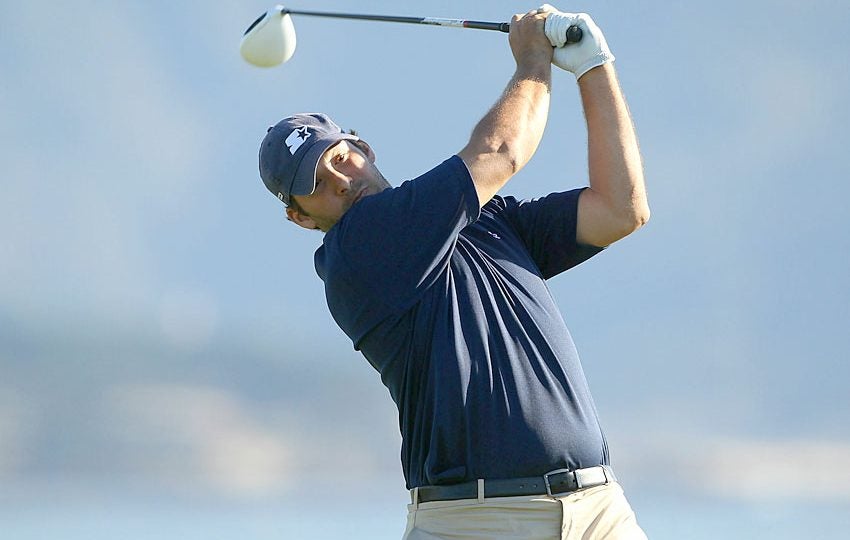 Tony Romo may not have a defined football destination, but he’s at least headed back to the golf course.

The 36-year-old quarterback, who is still employed (right now, at least) by the Dallas Cowboys, is scheduled to play in the Azalea Invitational, an annual amateur event held at the Country Club of Charleston in South Carolina.

Romo, who has contemplated a career as a golf professional, hung up his golf spikes two years ago to avoid injuring a balky back. The longtime QB is listed as a participant on the Azalea Invitational website, so unlike one of Romo’s favorite players, Tiger Woods, his back will not keep him from playing. The event takes place the weekend prior to the Masters.

. @dallascowboys QB @tonyromo is scheduled to play in next week’s Azalea Invitational the tournament chairman confirms to @Live5News pic.twitter.com/dpFgFBuqoc