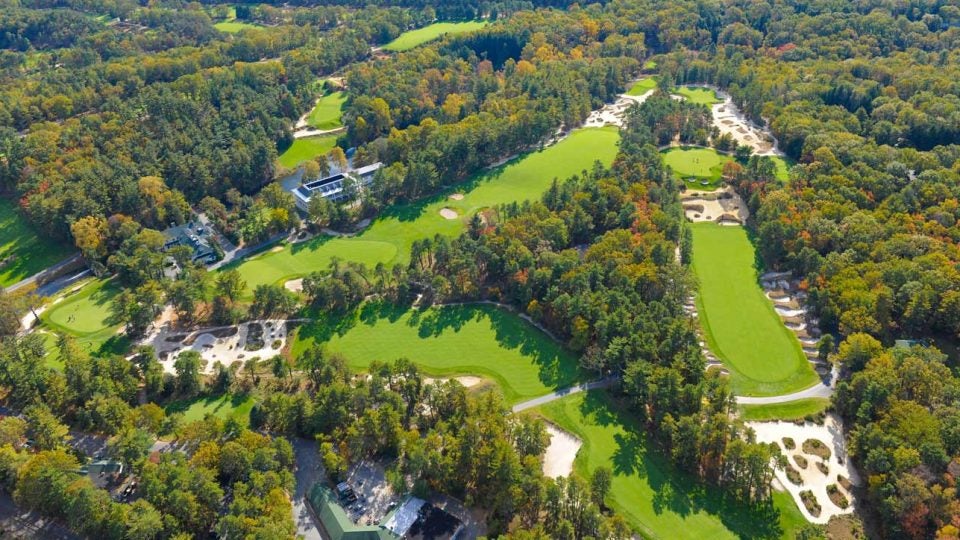 A view of Pine Valley from the air.
Brian Morgan

We asked three high-profile golf personalities to give us a course that they’ve never played but resolve to see in 2019. Or, alternatively, we wanted a course that they had teed it up on in the past and were looking forward to playing again. Here are their picks.

Greg Norman, two-time British Open champion and acclaimed architect and entrepreneur: “That’s easy. Pine Valley. I’ve heard it’s pure golf! Although I’ve been in the area, I’ve never had the opportunity to play the course. In fact, I’ve never even seen the layout, so I don’t know much about it from a design perspective other than what I hear from those who have played it, who say that it’s ‘pure, old-style golf.’ My favorite designers are MacKenzie and Tillinghast, so it sounds like PV falls into the same category. Perhaps I’ll make it a point to play it the next time I’m in the area.”

Mike Davis, USGA CEO: “A return to Hershey Country Club would bring back marvelous memories of junior golf. Ben Hogan was once the club pro there, and I can still recall smelling that heavenly chocolate aroma as a kid while playing the par-3 fifth hole that passes right by Hershey’s chocolate factory. As for a place I haven’t played, New Zealand is probably at the top of my list. In the photos I’ve seen, their courses look stunning both aesthetically and architecturally. It’s a country I love for a multitude of reasons, and I look forward to returning there…with golf clubs.”

Rickie Fowler, World No. 9 and U.S. Olympian: “A lot of people think we just go play whatever courses we want, and they’re surprised when we haven’t played somewhere. But it’s more like this: We play tournaments, and when we’re off, we just like to be home. I’ve done a few golf trips, but in the U.S. there’s a handful more I’d like to play. First on the list would be Bandon Dunes. My favorite style of play is links golf, and from what I’ve heard, and from the pictures I’ve seen, they offer plenty of that. Oregon is hard to get to from Florida — that’s one of the hardest parts. But at some point we’ll make it happen.”