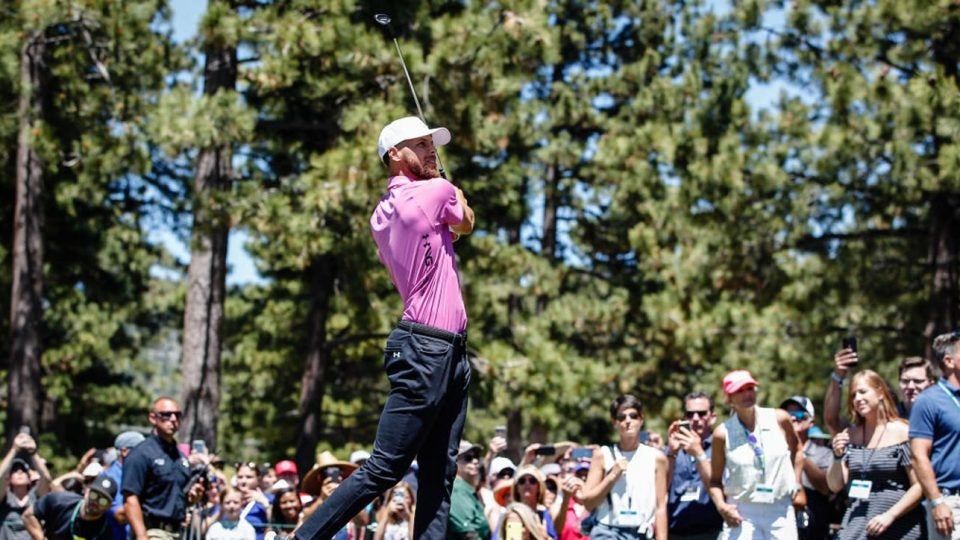 We’ve all heard about how good NBA star Stephen Curry is at golf, and we saw why on Saturday after this ridiculous shot he hit.

The two-time MVP and three-time NBA champion of the Golden State Warriors is competing in the American Century Celebrity Golf Championship at Lake Tahoe. It’s the most popular celebrity golf tournament in the sport, as it features the best celebrity golfers in the world.

Curry was at the par-4 14th hole during Saturday’s action when he sent his second shot flying into a greenside hospitality tent. His third shot would not be an easy one for him, or any golfer for that matter, as spectators armed with camera phones surrounded the 31-year-old as he approached his shot. Not to mention, his shot needed to clear the guardrail directly in front of him.

He did have a little help from musician and fellow avid golfer Justin Timberlake, who served as the unofficial marshal in the tent. Watch what would unfold here.

One 🎟️ to the @StephenCurry30 show, please.

After he beautifully puts his shot on the fringe of the green to save par, Curry celebrated with the fans by giving everyone in the tent a high five. Maybe Curry learned that shot from his TV show Holey Moley.