At the conclusion of the Open Championship at Royal Portrush on Sunday evening, the men’s major championship season will be over, but the women’s game still has two majors to go: the Women’s British Open, which will be played in two weeks’ time at Woburn Golf Club, located just outside of London, England, and the Evian Championship, which will be played in France at the end of the month.

During a pre-tournament press conference at Royal Portrush on Wednesday, R&A chief executive Martin Slumbers teased some exciting news regarding the future of the Women’s British Open, which the R&A will take full control of next year.

For starters, Slumbers asserted the R&A’s desire to elevate the women’s game, and explained that doing so requires a commitment at the amateur level as well. An investment of 200 million GBP will be made into the R&A’s areas of interest relating to the game over the next decade. Earlier this month, the R&A made headlines for increasing the Women’s British Open purse by 40 percent, bringing the total prize tally to $4.5 million. 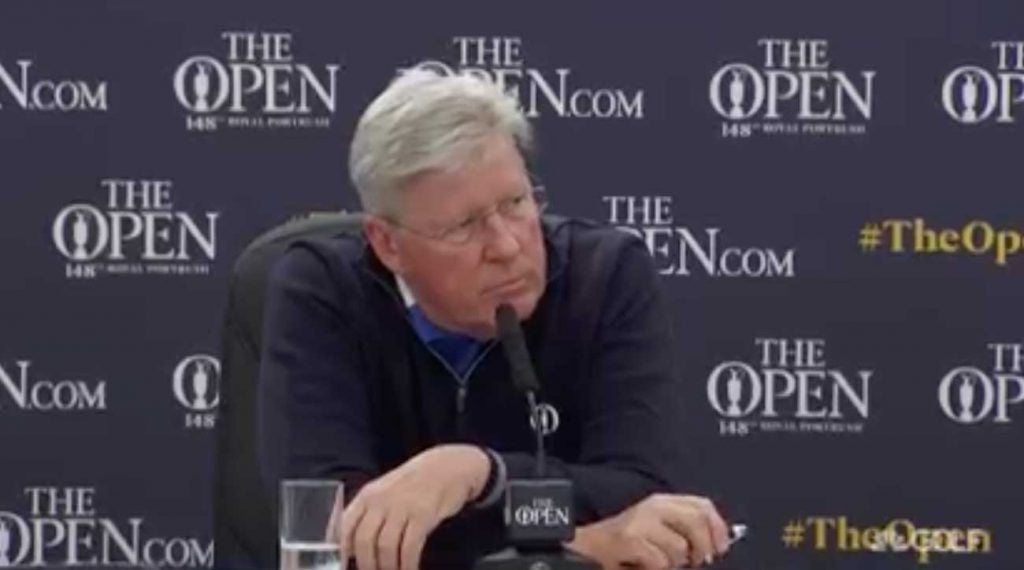 One of the buzziest questions Slumbers was asked was regarding the championship’s name. Would the R&A elect to change it from “Women’s British Open” to “Women’s Open Championship?”

“That’s something we are considering very carefully,” Slumbers said with a smile. “We’ll be announcing something in due course.”

Slumbers was also asked about the potential to one day offer equal prize money for both the men’s and women’s championships. (This year’s prize fund for the men is $10.75 million — well over double the amount of the newly increased women’s purse).

“To build the economics of the Women’s Open, the Women’s British Open, to be able to keep raising the prize money we need to do it as a sustainable business model. It needs to be a long-term business model. And that is what we are spending a long time doing, how do we build a better model to have a more financially successful Women’s British Open that will flow then down into the prize money,” Slumbers said.

“Where it ends up, I don’t know. But my ambition is to keep growing the overall performance of it and keep enhancing the status of the event.”

After this year’s Open at Woburn, the women will play Royal Troon in 2020, which has hosted the men’s Open Championship nine times, most recently in 2016, when Henrik Stenson defeated Phil Mickelson in a memorable duel.