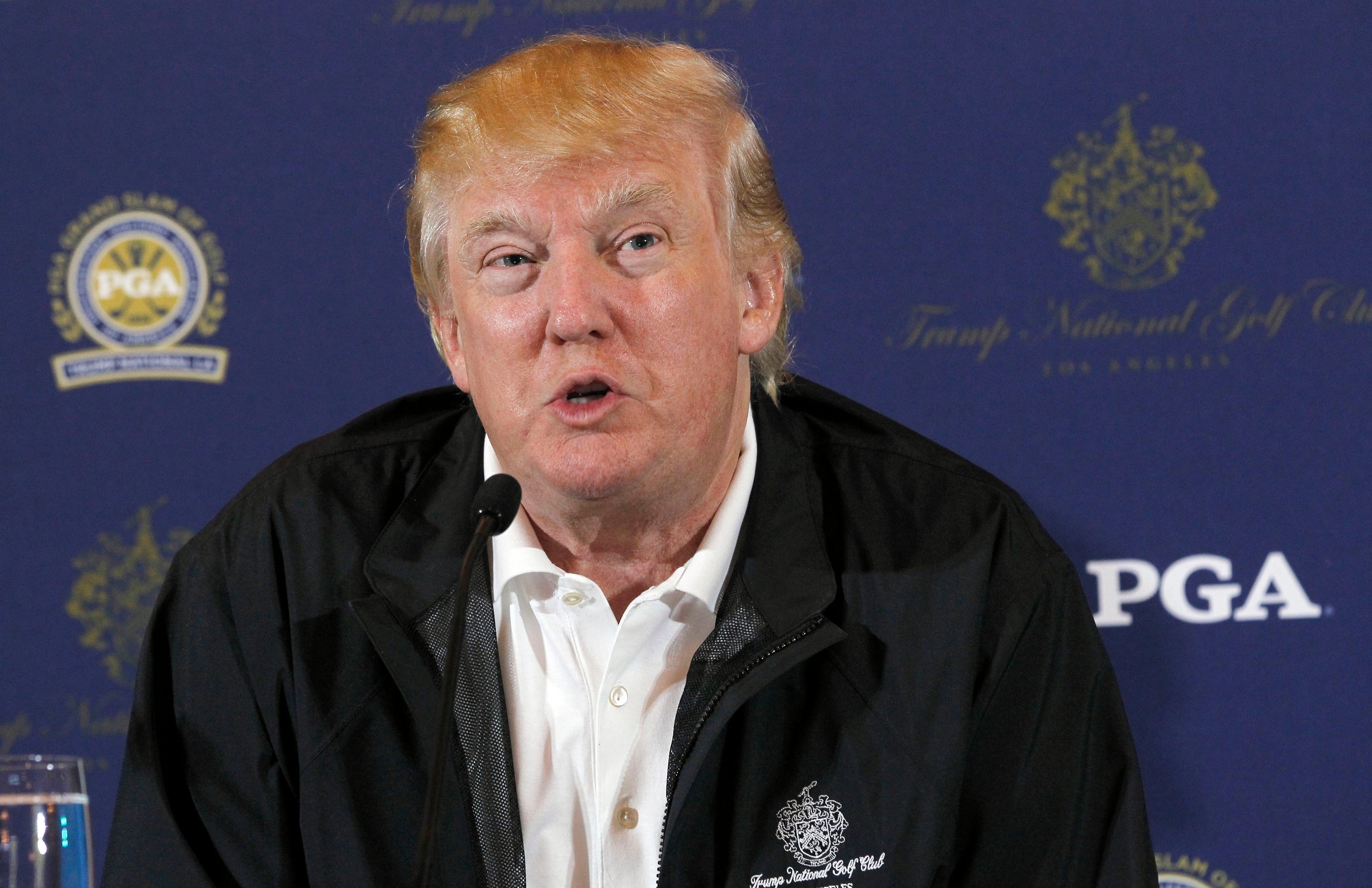 Donald Trump says the PGA Tour has not told him it plans to move from his Doral course in Miami.
AP Photo/Nick Ut, File

The PGA Tour has not informed Donald Trump of its plan to potentially move the WGC-Cadillac Championship from Trump National Doral after 2016, Trump said Monday.

Speaking to GOLF.com, the Republican presidential frontrunner said that he had not heard from the Tour on the matter but predicted that the Tour would not follow through.

“They do not want to do that,” Trump said. “There’s no site like Doral in Florida. I have the greatest site in all of Florida.”

In December, just days after Trump suggested that the United States ban Muslims from entering the country, the Tour released a statement to GOLF.com saying that it would “explore all options regarding the event’s future.”

“Mr. Trump’s comments are inconsistent with our strong commitment to an inclusive and welcoming environment in the game of golf,” the statement said.

On Monday, Trump sounded unconcerned about the threat of losing the WGC event.

The PGA Tour declined to comment on the matter.