CBS broadcaster Jim Nantz is about as important to the Masters as are the green jackets. This year will mark the 30th consecutive that Nantz will call the first major of the golf season at Augusta National Golf Club. And that also means the warm greeting of “Hello, friends” to kick off live coverage of Saturday and Sunday’s action.

The origin story of Nantz’s iconic sign-on to every broadcast is one that is sure to make you smile. It all began at the 2002 PGA Championship at Hazeltine National Golf Club in Minnesota.

“I said it on Saturday’s third round,” Nantz said on The Dan Patrick Show. “My father was deep in the throes of his battle that he would lose in 2008 to Alzheimer’s. The last thing I had said earlier in the week when I went to see him in Houston was ‘I’m gonna say a little cryptic message to you on the air this weekend, and it’s, “Hello friends.”‘ My dad had nothing but friends in his life. And I said it that Saturday when we came on the air.” 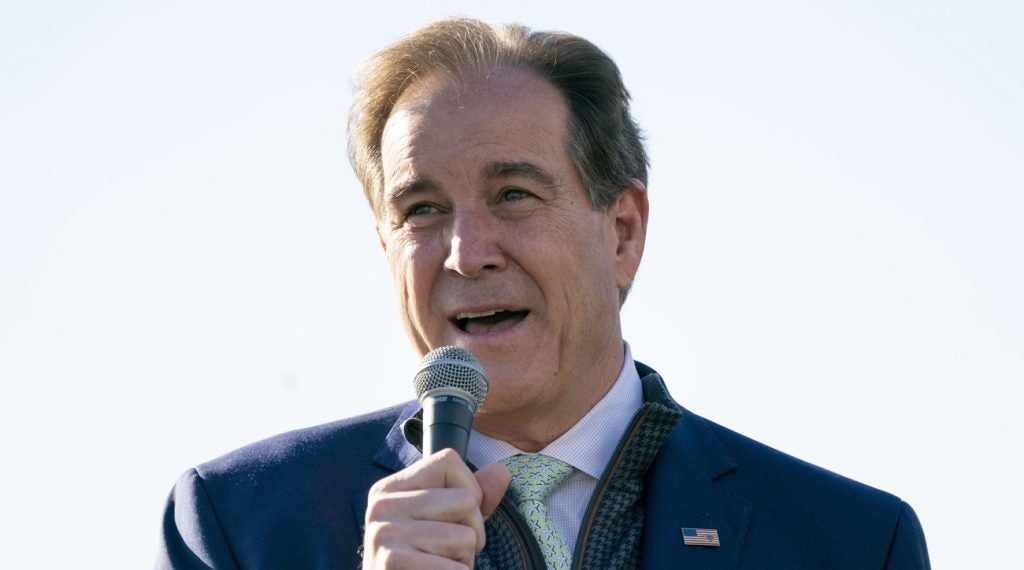 The origin story of Jim Nantz' "Hello, Friends" sign-on is a special one.
USA Today Sports

Nantz thought it would be a one-time thing. But after the round, a friend called Nantz and told him that the sign-on “sounds like you.” He encouraged Nantz to continue using it for every broadcast going forward.

And Nantz did just that.

“So I did it on Sunday, and I have done it every show since,” Nantz said. “I love it because for that little moment I connect with my dad and I feel like I’m talking to him. It’s a calming effect every time I come on the air.”

Nantz will be on the call for CBS during Saturday’s third round and Sunday’s final round of the Masters. Coverage on Saturday will kick off at 3:00 p.m. ET, while the broadcast will start an hour earlier on Sunday at 2:00 p.m. ET.