Many PGA Tour players say they’ve witnessed cheating on the course. Rather than blaming the refs, they should look in the mirror 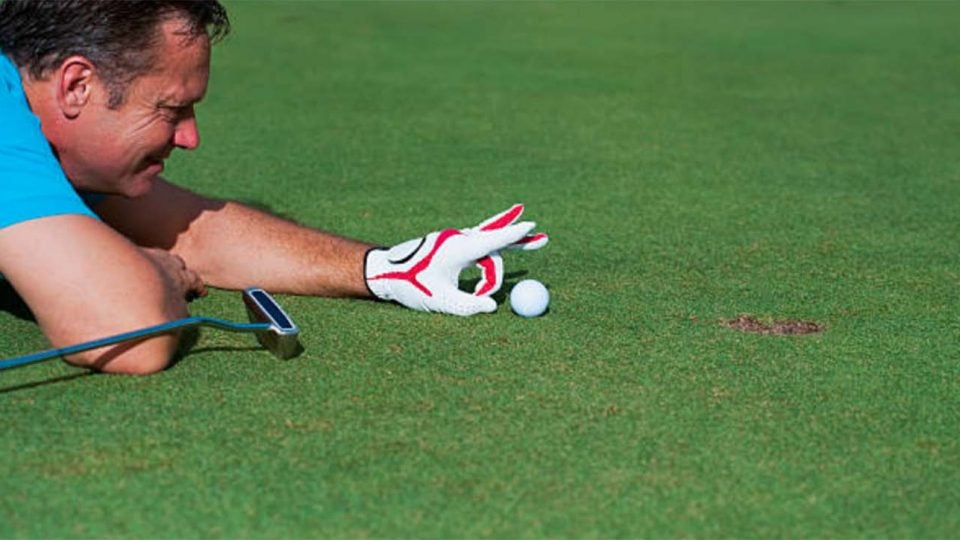 In a recent anonymous poll, 44% of PGA Tour pros claimed to have witnessed cheating on the golf course. We assume the incidents were not as blatant as that which is pictured here.
Getty Images

It’s easy to be high-minded about how the starting point for competitive golf must be strict adherence to the rules. But it’s not a good way to make friends.

Say you’re at a cocktail party. Nice summer eve. Everybody smells good. Let’s say the conversation turns to Dustin Johnson and how his ball wobbled on that fifth green in the last round of the 2016 U.S. Open at Oakmont. Just for fun, let’s say you say, “DJ could have called a penalty on himself. He could have said, ‘I can’t say with certainty that I did not cause that ball to move.” Enjoy the rest of your night, big guy! Because you will be shunned! The kid with the tray of fish kabobs? He’s not coming near you.

Some of my favorite people on Tour are really the game’s unsung heroes: the rules guys. They are a deeply competent and veteran bunch. Mickey Bradley (retired). David Eger (moved on). Mark Russell and Slugger White. (They carry big titles now, with over 80 years between them, but they are rules guys, and course set-up guys, at heart.) John Mutch. I remember Dillard Pruitt, Brad Fabel and Brian Claar (a Champions tour rules official) when they played the PGA Tour at different times in the 1980s and ‘90s.

These people are at the heart of the Tour experience. Claar looks pretty much like he did when he finished fifth at the U.S. Open in ’89. He looks like he could run a marathon tomorrow, and he can. Golf takes discipline, playing by rules takes discipline, adjudicating complex rules situations with hot golfers takes a particular type of discipline. The discipline to say the right thing the right way. In Slugger’s case, his easy West Virginia brogue, softened by decades in coastal Florida, only helps. Ask him how many times he’s been to the home office in Ponte Vedra this year, and he’ll tell you, “Zeee-row.” Suits there. His work—their work—is on the ground.

I thought of the Tour rules officials when reading the recent GOLF.com anonymous survey of 59 Tour players. The story included these moments:

HAVE YOU EVER WITNESSED A FELLOW TOUR PLAYER CHEAT DURING A TOURNAMENT ROUND?
YES: 44%
NO: 56%
“Multiple times. The Tour is a joke when it comes to enforcing the rules.”
“I’ve seen guys bend the rules and mark their ball improperly.”

It would be almost impossible for both those statements to be true. There are surely widespread rules violations. Players make drops on what they wish the ball was doing as it flew into a pond, not on what it actually did. That ball falls off a tuft of grass in the rough on your downswing, and the player says, “I’m not calling that—it made the shot harder.” And it did. But you hit a moving ball, and that’s a penalty.

So maybe the rules should address and change that situation. For now, the rules have addressed it. Your ball moves, it’s a penalty. Few players, on any level, call it on themselves. You can say it doesn’t matter. But it does matter because it gets you into a gray area: where’s the line where the rules violation is such an issue that I have to call it on myself? That’s not a judgment you should make.

The part of that anonymous survey that really hurt to read was the first comment, about witnessing cheating episodes: “Multiple times. The Tour is a joke when it comes to enforcing the rules.”

But the job of enforcing the rules is fundamentally on the players. If the rules officials see a drop going awry, it is their job to step in and make sure it’s done correctly, and that is what they generally do. If one player says the ball crossed at point A and the other point B, the rules officials have to adjudicate, and they generally do. They are not the police. They’re not trying to catch players. Their first job is to help players turn in the most accurate scorecard they can. It is each individual player who serves as a police officer. He should be doing an ongoing and continuing and intense investigation of his own play and the play of the others in his group.

Our modern wink-wink culture is at odds with what golf is supposed to stand for. You may question the source, but Stormy Daniels, in a book coming out next month, “Full Disclosure,” claims that in 2006 Donald Trump promised to get her a role on his TV show, “The Apprentice.” Quoting what Trump allegedly told her, she writes, “‘We’ll figure out a way to get you the challenges beforehand.’” Later she writes, “He was going to have me cheat, and it was 100 percent his idea.”

I found the exchange believable. In March 2013, I played with others in a Susan G. Komen Foundation fundraiser at Trump International at West Palm Beach. Within our group and during the round, we thought we were playing well. But when we came in we learned we were maybe in the middle of the field. No hardware for us.

The next day, Trump called me. I told him about our experience. He said, “You cannot win those events unless you cheat.” He was certainly being half-funny. Maybe he was being accurate, too. But that’s not golf. Lawrence Taylor, by the way, was one of the celebrities on hand that day.

The players are always trying to push the rules, or at least argue for what they think is correct. There’s nothing wrong with that, as long as they are honest about it. You’ll see that this week at the Tour Championship in Atlanta. You’ll see it more next week at the Ryder Cup in Paris, where everything is contested at match play. That makes the players watch each other as if they are hawks. Nothing wrong with that, nothing at all. Tom Lehman once said at a long-ago Ryder Cup, “It’s a good thing we don’t play match-play every week or we’d be as bad as the tennis players.” Would Serena Williams have smashed her racket at the U.S. Open earlier this month had she been winning?

The players are supposed to police themselves. The trained professionals—Slugger White and Brian Claar and all their brethren—are there to help. My message to at the anonymous pro who says the rules officials are “a joke” is this: Do your job.