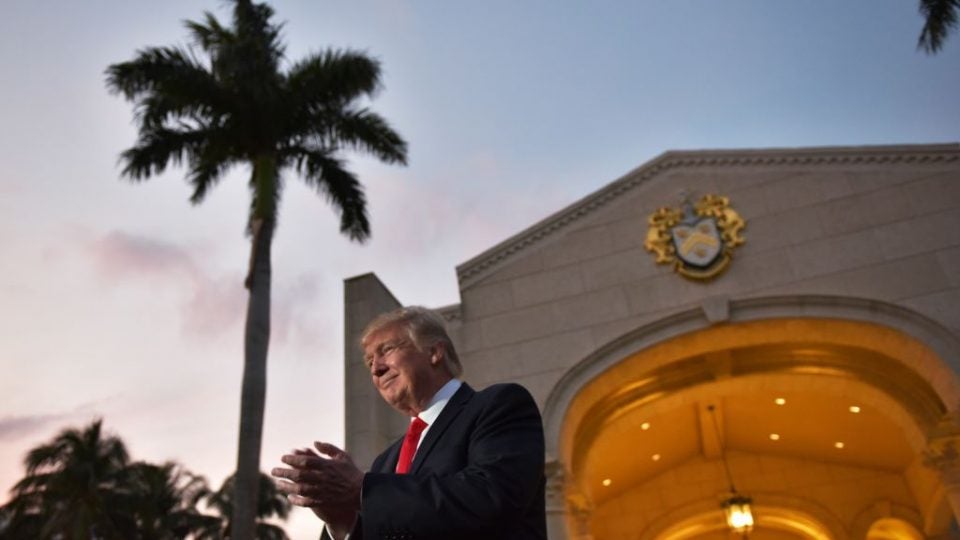 Who could have predicted that Donald Trump would ever turn against the game of golf? President Trump, who owns 17 golf courses around the world and has long boasted of his love for the sport, claimed on Friday that he “couldn’t care less about golf.”

“I have a lot of property. So if I go to my clubs like in New Jersey, they’ll say, ‘Oh he is going to play golf.’ I am not going to play golf. I couldn’t care less about golf,” he said, according to an article on The Hill. The interview originally aired on Fox News.

As of April 27, Trump had played 14 rounds of golf as president, according to fact-checking website Politifact. Barack Obama had played just one round at the same point in his presidency. Trump has come under particular scrutiny for his presidential golf habit because of the many pointed comments he has made over the years about Obama’s time spent on the golf course.

Can you believe that,with all of the problems and difficulties facing the U.S., President Obama spent the day playing golf.Worse than Carter