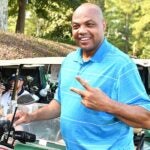 Where Chuck lacks as a golfer he more than makes up as a comedian.

Charles Barkley isn’t just a basketball player or a television talking head. He is an enigma — an entity larger than himself. The more time Charles spends butting heads in the public eye with everyone from Shaquille O’Neal to Tom Brady, the better for all of us.

Chuck is as beloved a curmudgeon as has walked the face of this earth. His specialty is forthrightness, which he serves in rib-rattling quips and blunt ascertainments. In short, Barkley has never seen an adversary unworthy of receiving a good-natured ribbing. In that sense, Barkley’s golf career has served as jet fuel for his hilarity. In the years since his brilliant NBA career, Chuck has come to be known for another athletic achievement: he is perhaps the world’s most famous bad golfer. Barkley has struggled with the yips and the shanks, worked his way through a murderer’s row of famed golf instructors and altered his swing into a variety of forms.

But while passion for golf has proven insignificant in the face of improving his wonky swing and scores, it’s provided an accelerant to a new, Barkley-branded jocularity. Ahead of Barkley’s debut in the Match 3 alongside Phil Mickelson, Peyton Manning and Steph Curry, here are Chuck’s best golf lines.

“This is some crappy golf. Y’all know that.” Indeed, we do.

“I don’t like playing charity tournaments…it’s very nerve-wracking because once you hit the first person, you get really nervous.”

“I don’t like talking about golf. Golf is not my favorite. The only thing good about golf is drinking and smoking.”

“I don’t think of myself as giving interviews, I just have conversations. That’s what gets me in trouble.”

“It’s embarrassing. If you’re a man and you can’t beat the girls or the smart kids, you shouldn’t be playing…I’m retiring from golf, I’m not going to play again.”

“I came to the realization a couple of months ago that I’m fat. If you get tired from walking — and that’s all that golf is — then you are officially fat.”

“Well, in fairness, he is a golf pro. If I saw a guy dunk a basketball, I wouldn’t get all excited about it.”

“There’s a better chance of me playing John Daly than Matt Damon,” Chuck said, when told that Daly would choose Damon to play the former U.S. Open champ in a movie about his life.

“She says, ‘Hey Phil,’ like she had called him or something, and I’m like, What’s his last name?” Barkley said of his first time meeting Phil. “She’s like, ‘He plays golf.’ So what’s his last name? She says it’s Mickelson. I said, Wait, your boyfriend is Phil Mickelson? Oh hell no Amy, I got to play with that dude.”

“Listen, as long as I can drink and smoke when I play golf, I’m good. I’m going to have some drinks and some stogies. I’m not going to be overly concerned about how good or bad I play. I mean, I don’t think Tom Brady lost a lot of sleep because he was struggling on the front nine.”