What do the rules say about using a drill to get your tee in the ground?

Tee boxes can get hard and difficult to get a tee into the ground. I was told that at a local course a player brings a cordless drill to pre-drill a hole to get his tee in the ground. Is something like this legal?
—Marc Cardillo, via email

The teeing area is a special place — that’s why Rules Guy proposed to his beloved on one — in part because you can make alterations to its surface, under Rule 6.2b(3).

This drilling is thus merely a louder and less elegant version of Dame Laura Davies creating a mound of turf to tee off from by tapping her driver on the ground.

In days of yore, courses would put a bucket of sand on the tee; players would make a small pile from the stuff and perch their gutta percha upon it. Maybe now it’s time for a power strip.

For more teebox guidance from our guru, read on …

I know that you’re allowed to tee up a certain distance behind a tee marker — but how far, exactly? Also, some tee markers can be quite deep — I’ve seen rectangular plates a foot long. Is the marker defined by its front end (the side closer to the hole), or its back end? Obviously, one needs to know so as not to tee up ahead of the marker, but I also have a playing partner who feels his irons are so precise he wants to use that foot to his advantage. — Randy Feldner, McLean, VA

Though it is neither here nor there and, as Tiger would say, it is what it is, your playing partner is either a Tour pro in disguise or suffering from delusions of grandeur often associated with narcissistic personality disorder.

As to what defines the teeing area, see Definition of Teeing Area: It’s a two-club-length rectangle measured and bounded by the front and outside edges of the tee markers.

To anticipate a follow-up, “club-length” is always defined as the longest club in your bag that isn’t a putter. Now your knowledge is as precise as your playing partner’s irons (ironic cough implied).

Shop our selection of custom tees 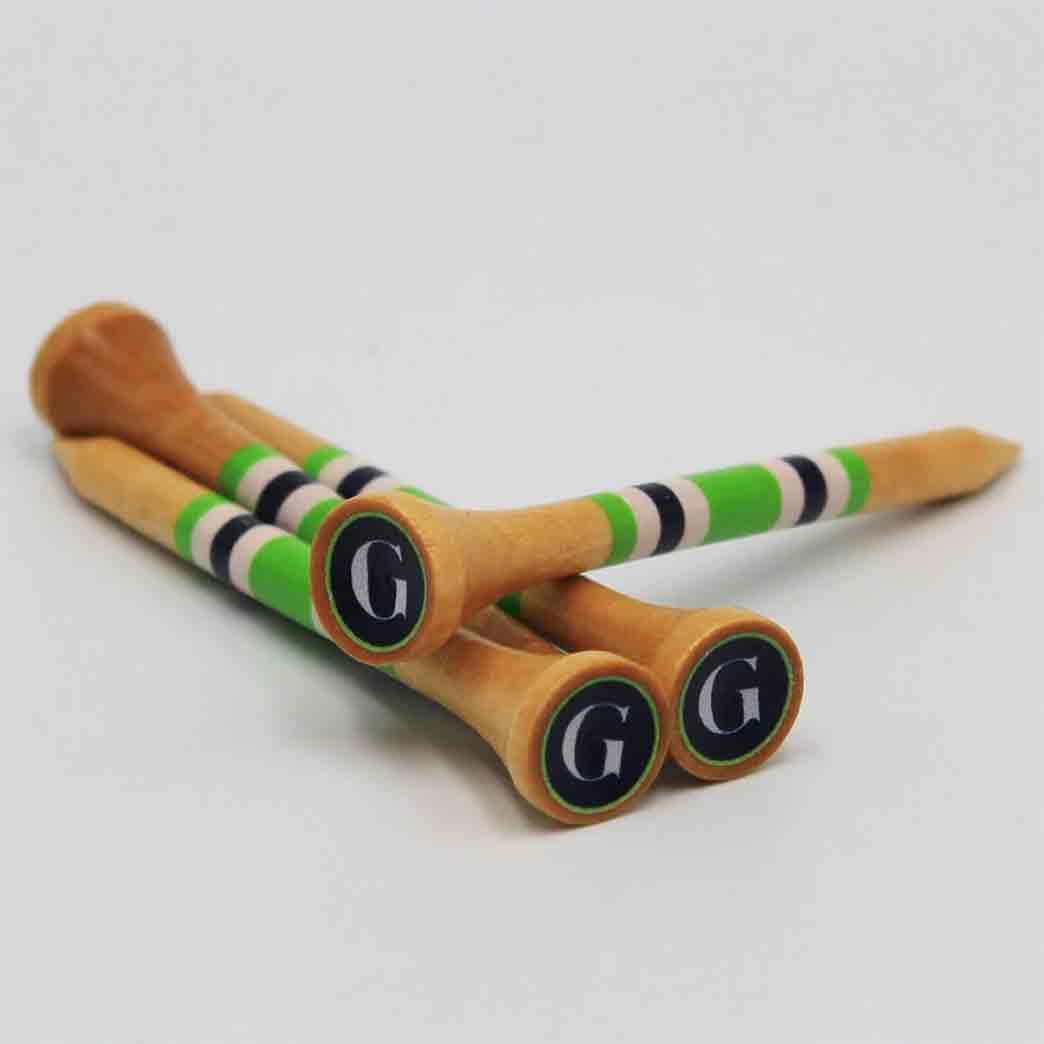