Rules Guy: What constitutes testing the surface of a bunker?

My ball landed in a greenside bunker. As I always do, I stood a few feet away from it and took a fast practice swing. The club didn’t strike the surface, but several grains of sand were moved by the air currents generated by the swing. To be safe, I took a two-stroke penalty for “testing a hazard.” Correct call, or not?
—DOUG DUIN, VIA E-MAIL 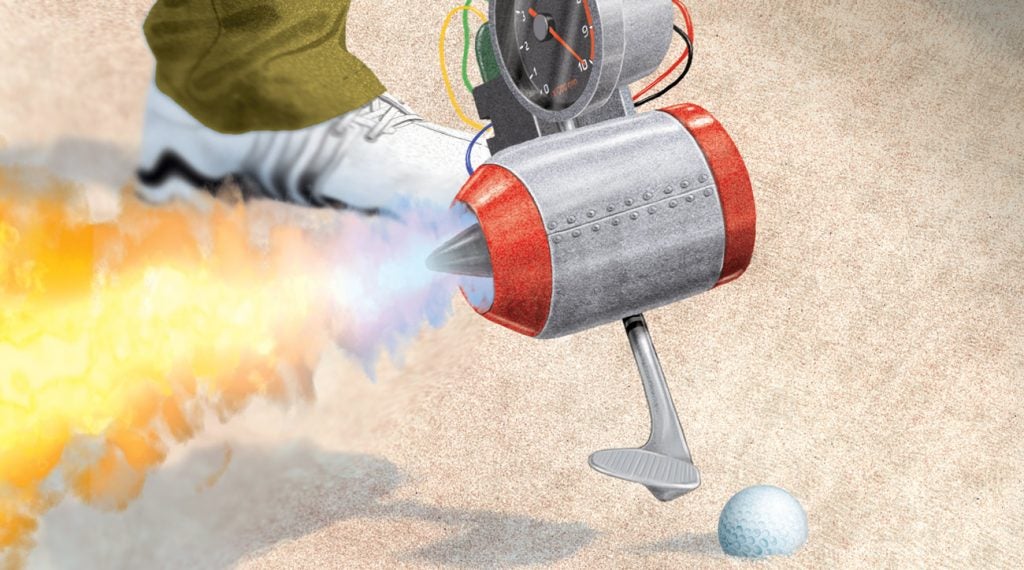 That is some kind of powerful practice swing, Doug! By any chance is your nickname “Fan Man”?

Regardless, as Rule 12.2b(1) tells us, the restrictions in a bunker include touching the ground or testing the condition by deliberately touching the sand in the bunker. Your heroic pre-shot action moving a few grains of sand didn’t involve the former and isn’t considered the latter.

What’s more, it’s highly unlikely to result in an improved lie under Rule 8.1a, so you are in the clear. Still, my old friend Instruction Guy notes that accelerating in a bunker is good; redlining it, not so much.