What a difference a day makes. Safeway Open 36-hole leader Bryson DeChambeau had made zero bogeys through his first two rounds, including an eight-under 64 on Friday. But Saturday was a different story. DeChambeau had surrendered his lead long before he stepped onto No. 18, which would prove to be an adventure.

On the par-5 finishing hole, DeChambeau pulled his second shot long and left, clanking off the top of a grandstand before kicking over into a penalty area. Suddenly, there was a set of grandstands between DeChambeau and the hole — and he was in the penalty area. 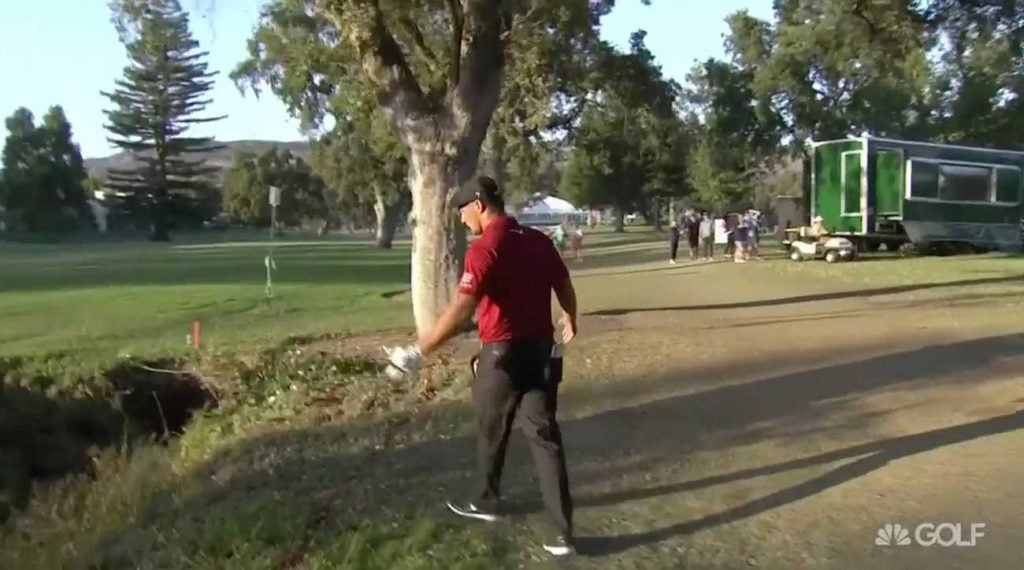 Bryson DeChambeau was dismayed to find his ball in a penalty area behind the grandstand on No. 18.
Golf Channel

A lengthy ruling followed. Mark Russell, the PGA Tour’s VP of rules and competitions, came in to walk DeChambeau through his options. Russell spoke to reporters to explain the ruling afterwards.

“Well, he played the ball into the penalty area behind the green and between him and the hole was temporary immovable obstructions. They’re all one,” Russell said, referring to the grandstands. “He could not take the ball freely outside of the hazard, he would have to take a penalty stroke to do that, but he got maximum relief from the TIOs in the hazard. So went to the far end of the hazard. TIOs still intervened between him and the hole. He dropped it in the hazard, dropped it again, placed it, and then he played over the TIO.”

Essentially, DeChambeau was allowed to take a free drop — but only if he kept his ball in that penalty area. But within that penalty area, he was entitled to the best relief he could get — “maximum relief,” according to the rules.

After taking a drop some 15 minutes later, DeChambeau and his caddie Tim Tucker settled on an approximate number of 45 yards to the pin. From there, DeChambeau hit a spectacular wedge shot up and over the camera tower and grandstands that landed softly on the green, setting up a good look at what would have been his first birdie of the day. He just missed that try and tapped in for par and four-over 76, dropping him to T15 entering Sunday’s final round.

Golf Channel’s Will Gray reported that DeChambeau declined to speak to the media after the round.

Here is the rule in question from the USGA. Under Model Local Rule F-23, which covers, Temporary Immovable Obstructions, (TIOs), the rules state as follows:

Relief from Interference for Ball in Bunker or Penalty Area.

If the player’s ball is in a bunker or a penalty area and there is interference by a TIO (including a TIO located out of bounds), the player may take either free relief or penalty relief:

(1) Free Relief: Playing from Bunker or Penalty Area. The player may take free relief as provided in Clause b, except that the nearest point of complete relief where interference no longer exists, and the relief area must be in that bunker or penalty area. If there is no such point in that bunker or penalty area where interference no longer exists, the player may still take this relief as provided above by using the point of maximum available relief in the bunker or the penalty area as the reference point. 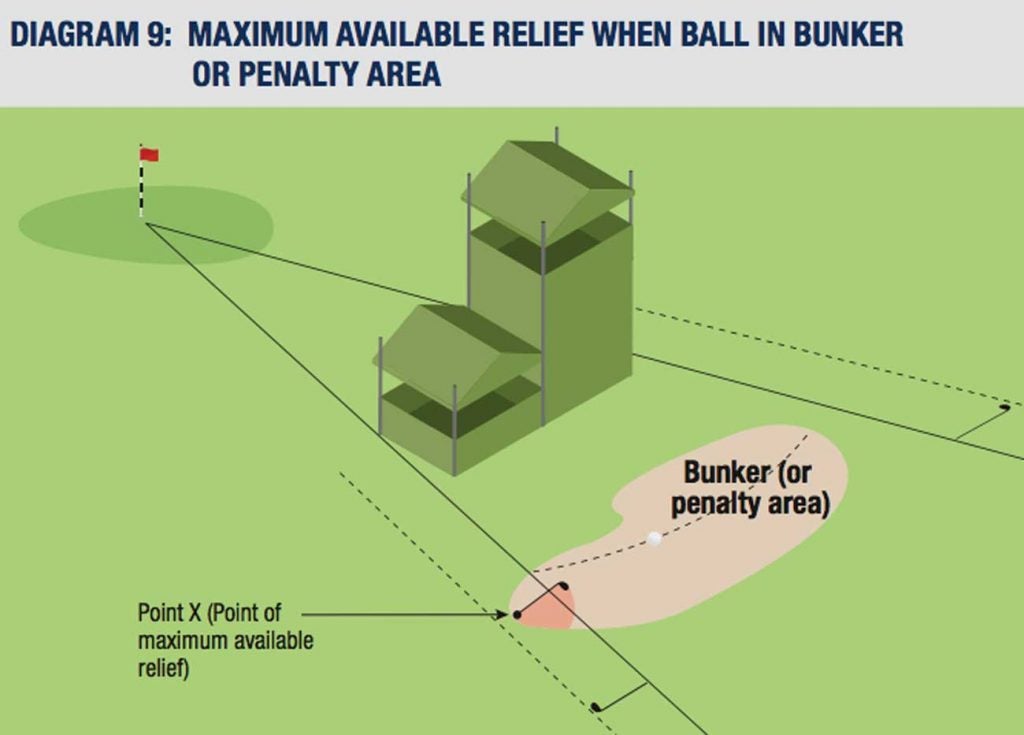 DeChambeau tees off in his final round at 12:20 local time alongside Lanto Griffin.