Rules Guy: What happens when handicaps change during the course of a tournament?

The Rules of Golf are tricky! Thankfully, we’ve got the guru. Our Rules Guy knows the book front to back. Got a question? He’s got all the answers.
We just had a one-day net tournament where, at the end of regulation play, Player A and Player B tied, with an 18-hole playoff to decide the winner scheduled for a few days later. During that time, Player A’s handicap went up two strokes, and he won the playoff using his new handicap. But should his new handicap — rather than the original one — have been in effect for the playoff?
—BRUCE SANDERSON, N. CONWAY, N.H.
This one falls under the Committee is never wrong … even when it is. The player should have used the handicap he began the competition with, despite its ensuing revision. And while the Committee gets an “F” for its mistake, its decision is final, so Player A’s victory stands. 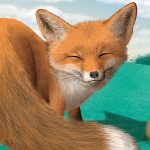 You may also like Rules Guy: Can I clean my ball if an animal urinates on it?