We saw some rather interesting pieces of gamesmanship at the Solheim Cup last weekend.  Among them: U.S. rookie Megan Khang refusing to give opponent Charley Hull that must have been a foot, if that.

We’ve all been there. Playing a reasonably harmless money match against a friend of ours who just refuses to give any putts whatsoever. It’s very annoying. Or, at least, it used to be very annoying. Thankfully, it doesn’t happen to me very much anymore.

Because back in my junior golf days I developed a foolproof strategy that has never let me down, and almost always results in getting a lot of short putts being given to me, no questions asked.

In essence, the strategy is a simple one: Run down the clock.

When you’re playing an opponent who isn’t giving you a short putt, don’t just accept it. Your goal is to use it as an opportunity to take the upper hand yourself. In being made to finish out, I now have the floor — and the opportunity to do whatever I want with it. So, in those moments, what I choose to do is everything in my power to wind down the clock. To make the process as long and tedious for my opponent as humanly possible.

It works every time, for a few reasons:

I admit, it’s a bit dastardly, but that’s sort of the point. It’s gamesmanship, and if you’re shaky over short putts, it’s a simple way to stack the deck in your advantage during the match.

If you’re unsure how to draw out the process of hitting a short putt, below are the 22-steps I often use in such cases. You’ll probably have to hit one or two short putts early in the round, but by making the process as slow and painful as possible, you’ll find your opponent giving you a lot more putts to save himself the pain.

Make sure you read all the nooks and crannies.

6. Remove Leaves and Other Objects From Green

8. Read Putt From Opposite Side

Important to get another look 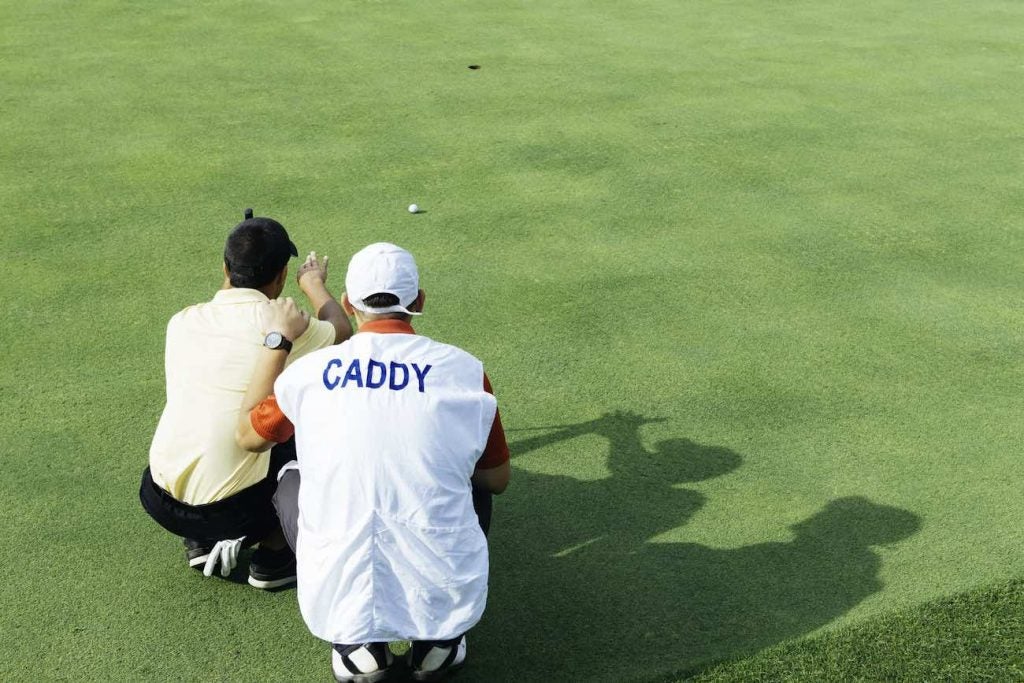 “Making me work for it!”