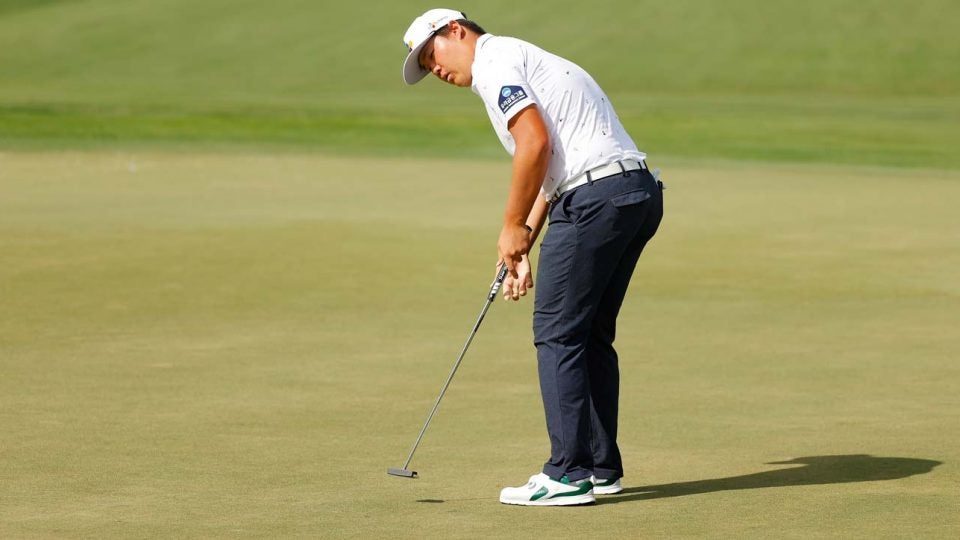 Sungjae Im might be one of the best players on the PGA Tour at the moment. Well actually, he is, at least according to the FedEx Cup rankings. His ball-striking statistics have been the backbone of his ascent, but his consistent putting has coasted slightly under the radar: He finished 39th last season, and is hovering around 36th this season.

I was down at the Bay Hill last week and got to take a closer look at his practice putting routine. It was pretty straightforward, and featured one drill that recreational golfers at home can learn a lot from.

At the start of his practice, Sungjae Im found a breaking putt of about six to eight feet. He read the putt, then placed an alignment rod down on his intended line. Then, he simply hits putts. His goal is to keep his heel flush to the alignment rod the entire time, and let the ball break off it/ 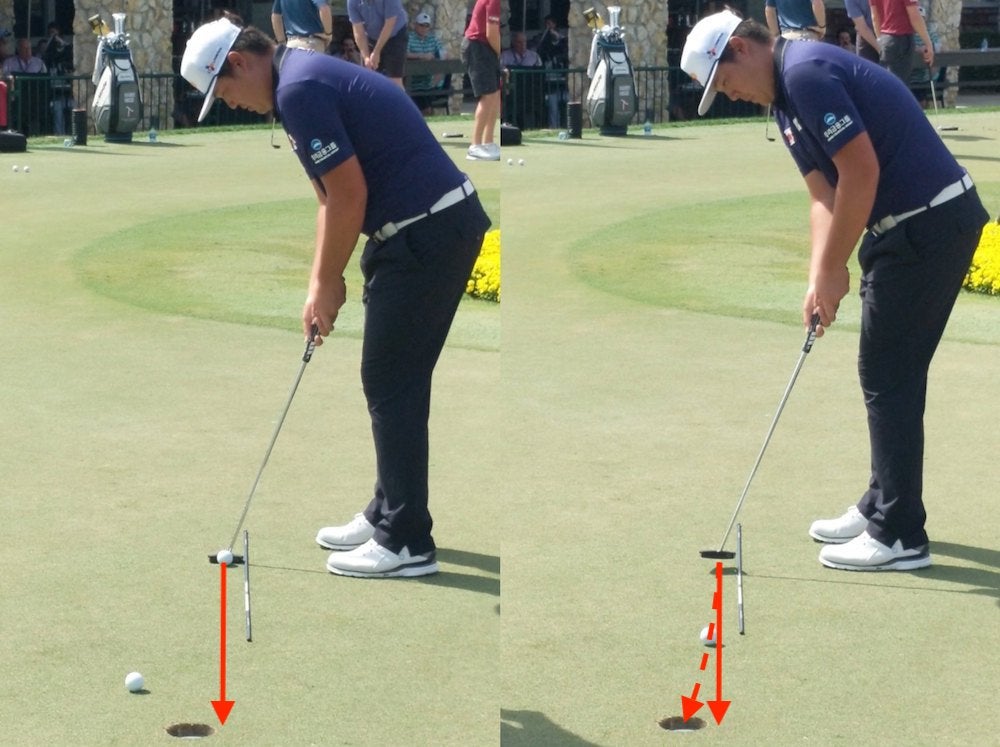 The goal of the drill is twofold:

Study up on the drill below, and try it yourself!

@sungjaeim330 getting his putting routine started using an alignment stick on the inside for this short putt. This can help with setup to make sure face is square at address also to make sure he doesn’t take it too far inside or rotate it’s too much in backswing. I bet this has been part of his routine for years just like @tigerwoods and the putting gate drill. #golfcoach #golfswing #golf #golfing #golftips #golfstagram #golfer #golflife #pga #golflessons #instagolf #golfpro #lovegolf #golfcourse #pgatour #golfers #golfchannel #golfclub #golfshot #golfinstruction #golfislife #golfaddict #golfcoaching #juniorgolf #golflesson #taylormadegolf #adidasgolf #stopguessingonthegreens