How Justin Thomas’ intense putting drill can improve your game 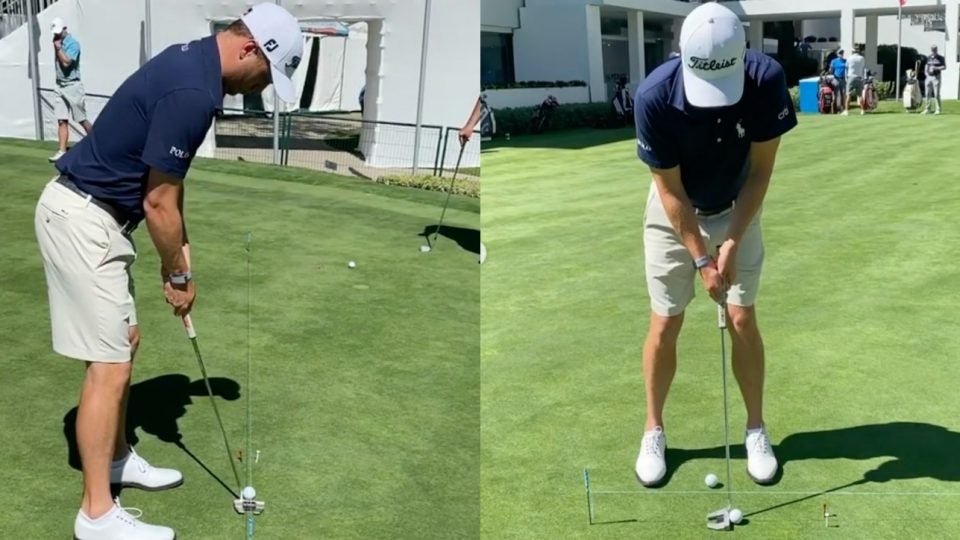 Justin Thomas practicing his putting at the WGC Mexico

I’m a big fan of drills. Especially when those drills are putting drills. I’m not a coach, but as a longtime student of many coaches, I always liked the feedback I’d get from a good drill. I knew when I was doing it wrong, which is effectively a guarantee that you’re practicing the right technique.

Grinding on the practice green ahead of this week’s WGC-Mexico Championship, JT took to his Instagram account to talk about a drill he uses to dial in his putting.

Thomas, as you can see below, finds a breaking putt of about 12 to 15 feet. Then, he sets a string a few inches above his ball, and two tees about a ball width apart, then begins hitting putts.

And from there, he simply begins hitting putts, making sure he’s starting the ball on his intended line, and not making any compensations in his stroke.

An interesting aside from this video: You may notice that Justin Thomas holds the putter more upright than most. His eyes are over the ball, his hands are under his shoulders, and the heel of the putter his off the ground slightly.

It’s intentional, and something he and his short game coach and GOLF Top 100 Teacher Matt Killen work on to minimize putterface rotation through the stroke.

In recent years, JT’s hands have dropped slightly lower and that’s corresponded with a slight dip in his putting statistics. The picture on the left is from three years ago, when he ranked 43rd in SG: Putting and collected a major championship along the way. 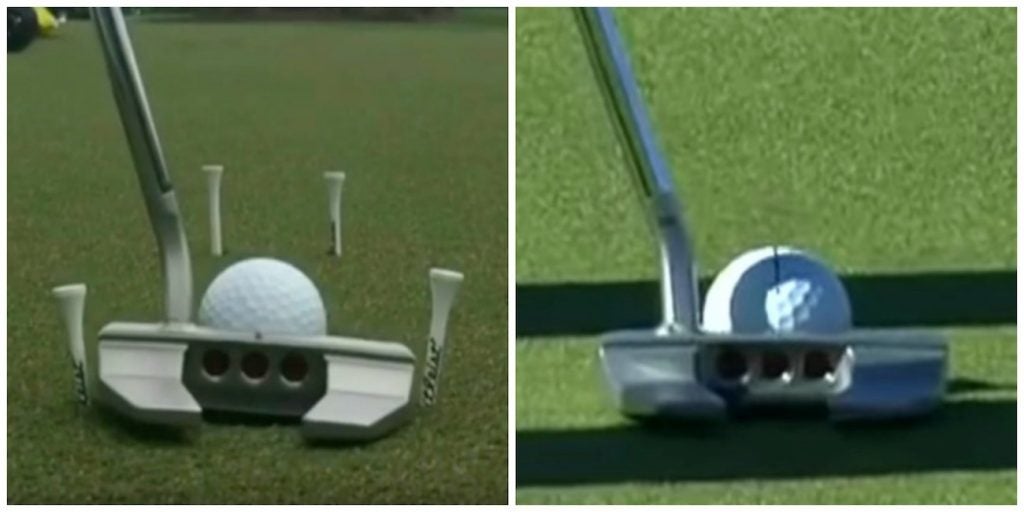 Of course, JT is a world class player and manages to play well regardless, but thanks to some great work with his coach, it looks like his putting may hit yet another new level. 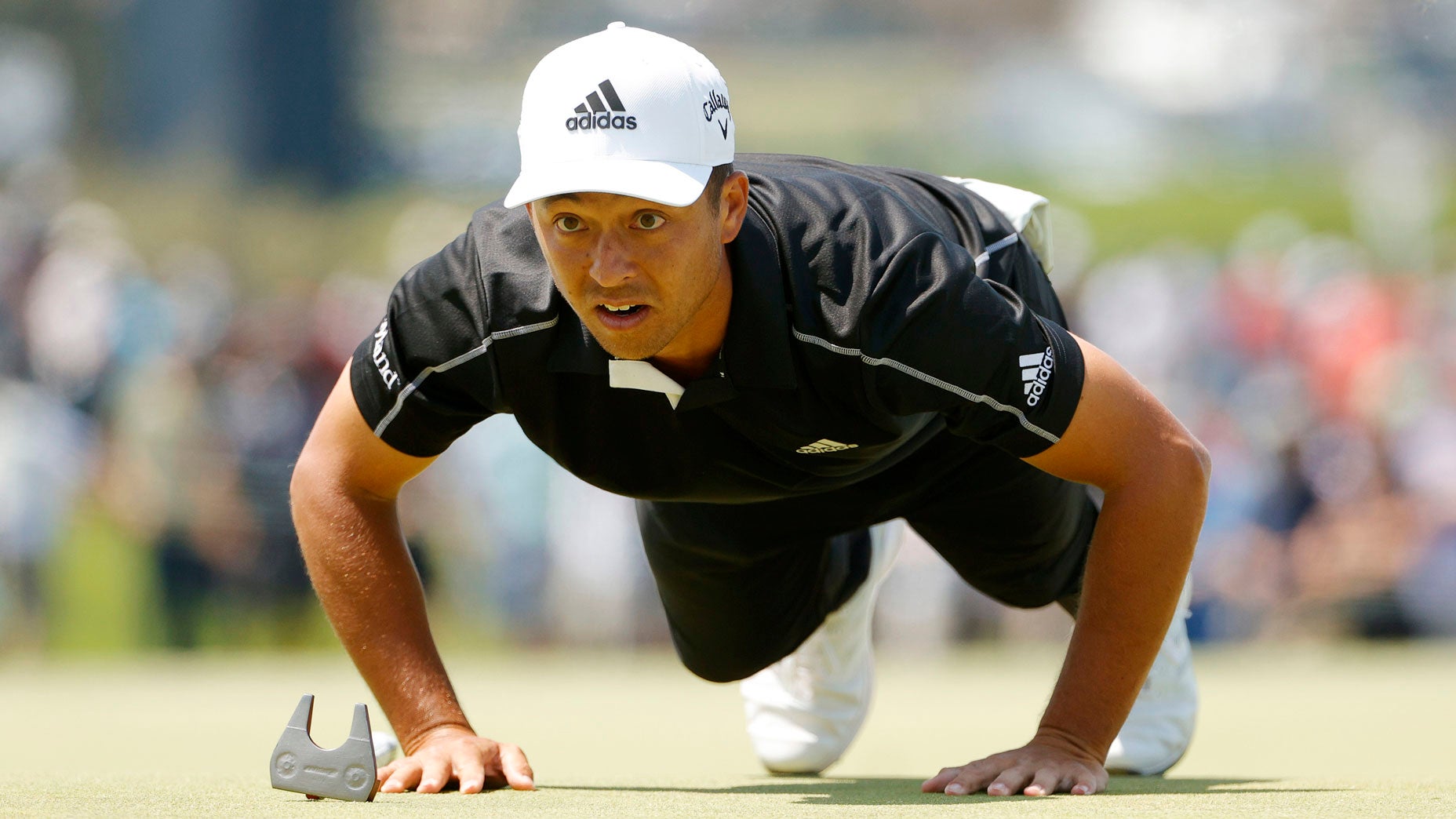 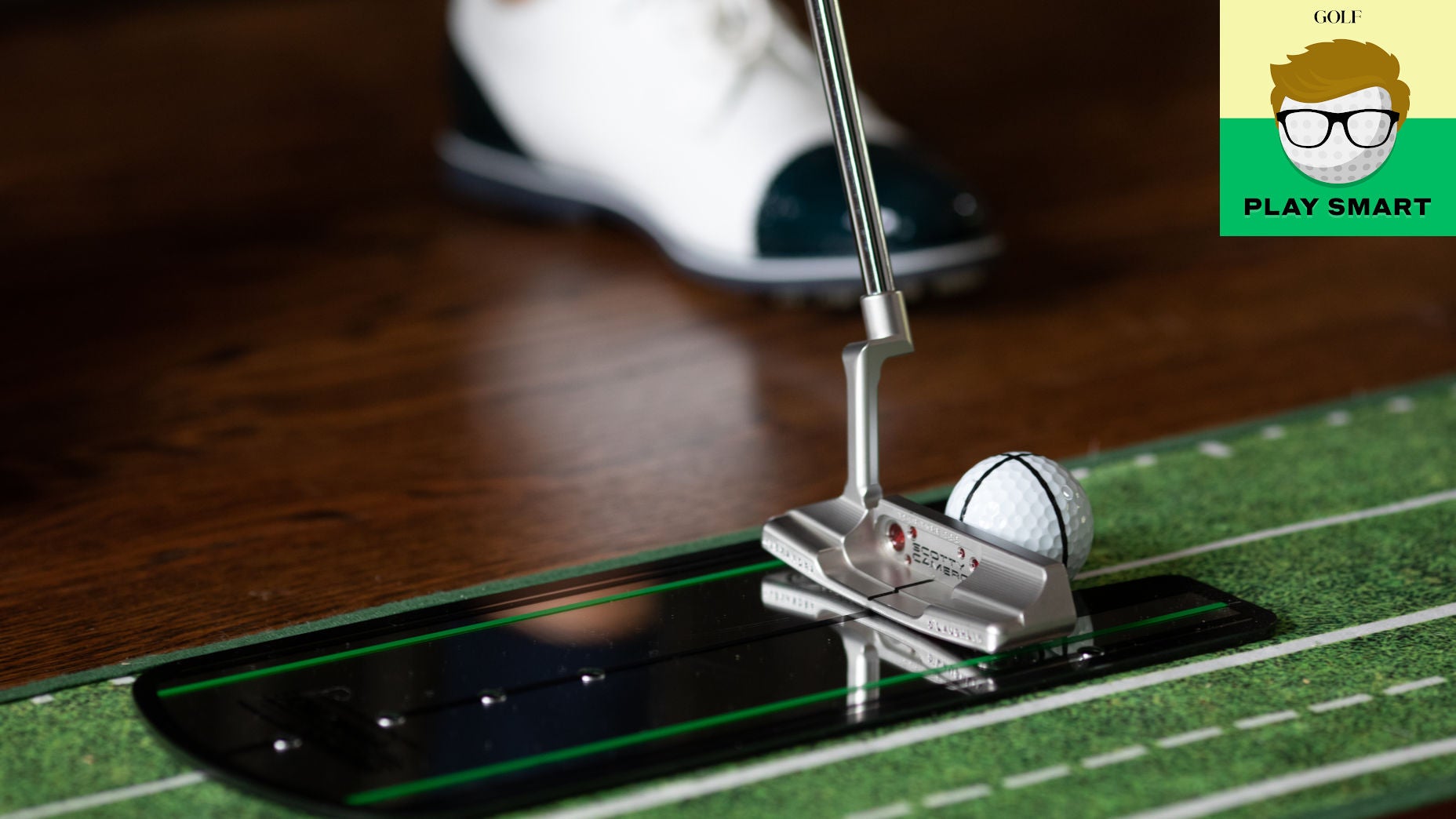 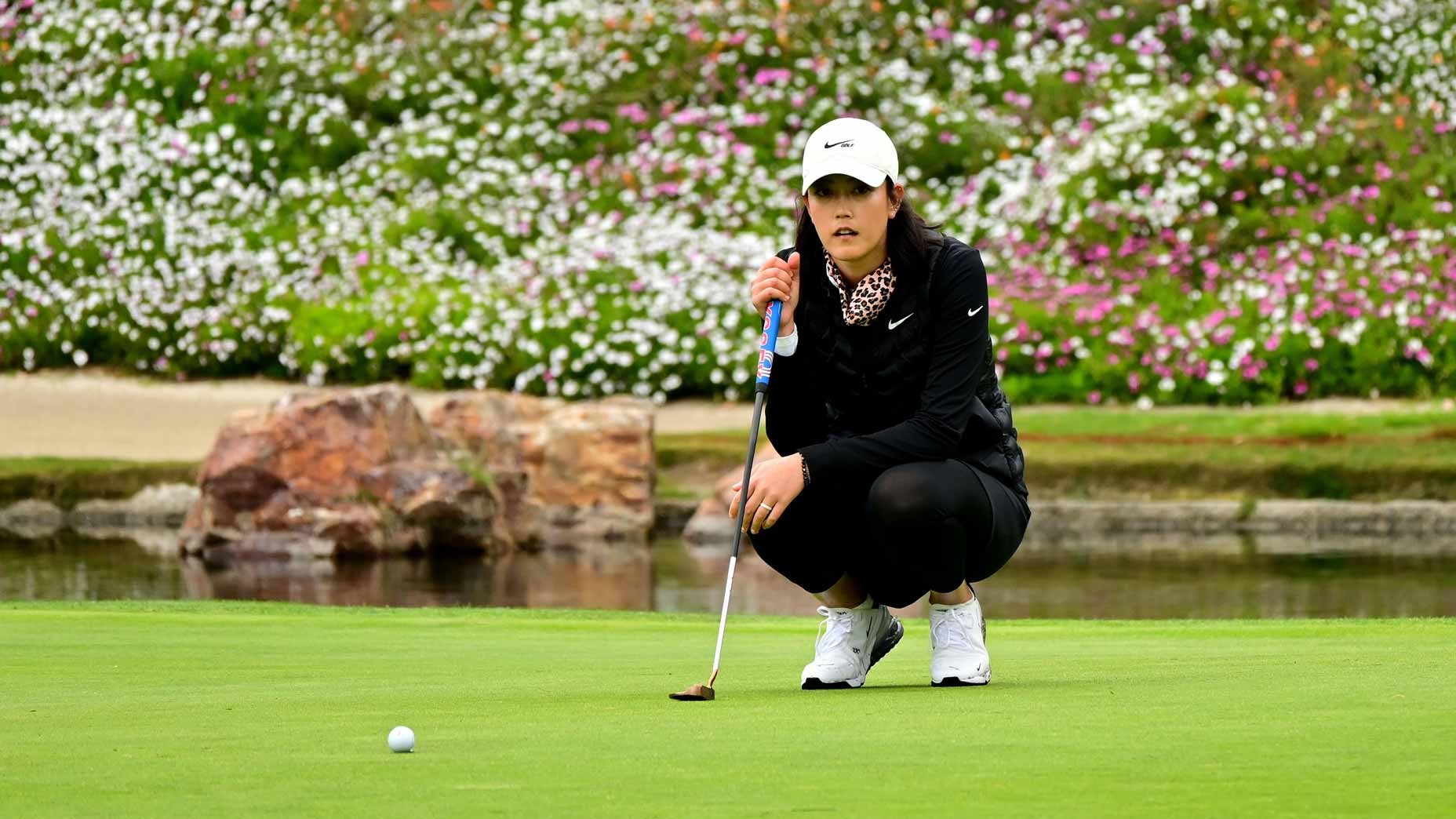 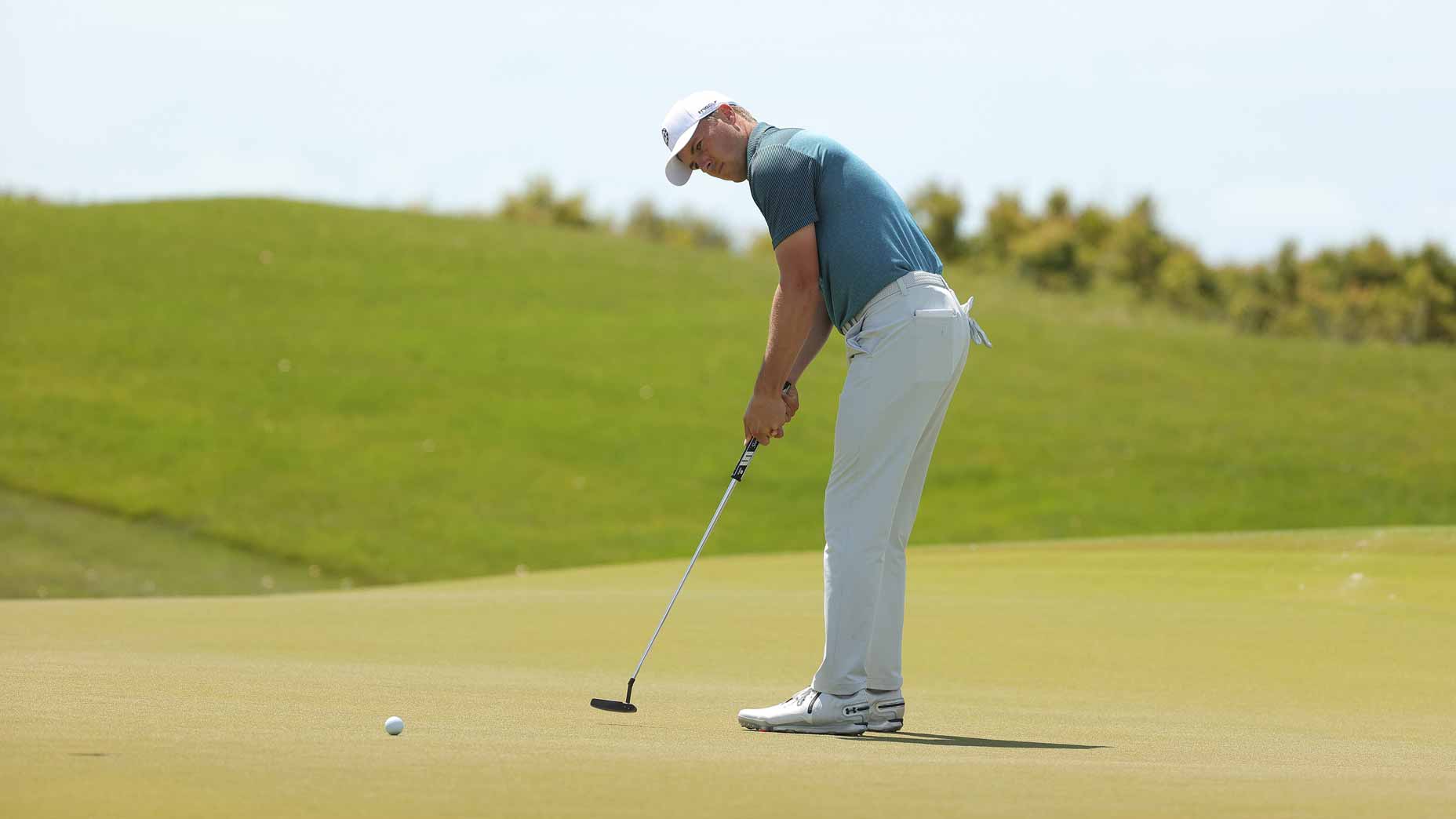