Micheal Thompson made some changes and came out better on the other side.

Since the PGA TOUR returned to competition post Covid-19 lockdown there have been a number of intriguing storylines. Among them:

Daniel Berger’s return from injury to the winners-circle at Colonial.

Dustin Johnson’s return from injury to win The Travelers and continue his incredible 13-year win streak.

Bryson DeChambeau’s physical metamorphosis and his overpowering victory in Detroit.

Jon Rahm’s emphatic win in the Memorial and his annexation of the #1 world ranking.

Each of these events have intrigued me in their own way, but the teacher inside is always gripped by stories of “overcoming.”

Whether it is overcoming obstacles, personal challenges, injury, or the odds, a tale of any competitor overcoming something on their way to triumph always heartens me.

Last week outside of Minneapolis (at the 3M Open) was certainly one of those stories and there is much to be learned from Michael Thompson’s journey.

In the years following his victory at the 2013 Honda Classic (preceding 2020), Micheal Thompson had only eight top 10s, a plethora of missed cuts, and a 2016 trip to the Korn Ferry Tour Finals (the Web.com Tour) where he re-earned his PGA Tour playing privileges. It was most surely a trying time, both mentally and emotionally.

In a search for consistent form he toyed with his technique and worked alongside Kyle Morris for a period of time. He made incremental gains, but the winner’s circle eluded him. Essentially Michael’s swing was improving but his scores were not manifesting the gains.

In my opinion, his journey reflects the road-map many competitive golfers oftentimes find themselves on.

Fast forward to 2020. Michael connected with Justin Parsons and the two embarked on a mission to rediscover “Michael Thompson the golfer”. It was a mantra first stressed to him by Coach Jay Sewell at the University of Alabama. Coach Sewell would often exhort Thompson to go out and play “Michael Thompson Golf”.

Justin Parsons made this wonderful analogy to me: “Your golf swing is your vehicle to get you around the golf course,” and he and Thompson have embraced this belief en route to “Michael Thompson Golf”.

Building on that, some people have a Muscle Car with a V8 engine and others have a Smart Car with a 4-speed engine.  The former is enviable, but either way, both vehicles have enough horsepower to navigate the way to the lowest possible score on the day.

Sadly, too many people fall for the shiny luster of the sports-car as they think it will help their golf scores improve. It won’t, so before you embark on any change, consider the following:

1. Will it work under pressure?

Before you go about changing your golf swing, know for sure you are able to do what it requires, both under pressure and on a consistent basis. Remember, the ultimate barometer of your car’s engine is whether it holds up when the chips are down.

Building a more powerful swing will improve the probability of lower scores but it won’t guarantee lower scores. Read that again and meditate on it. 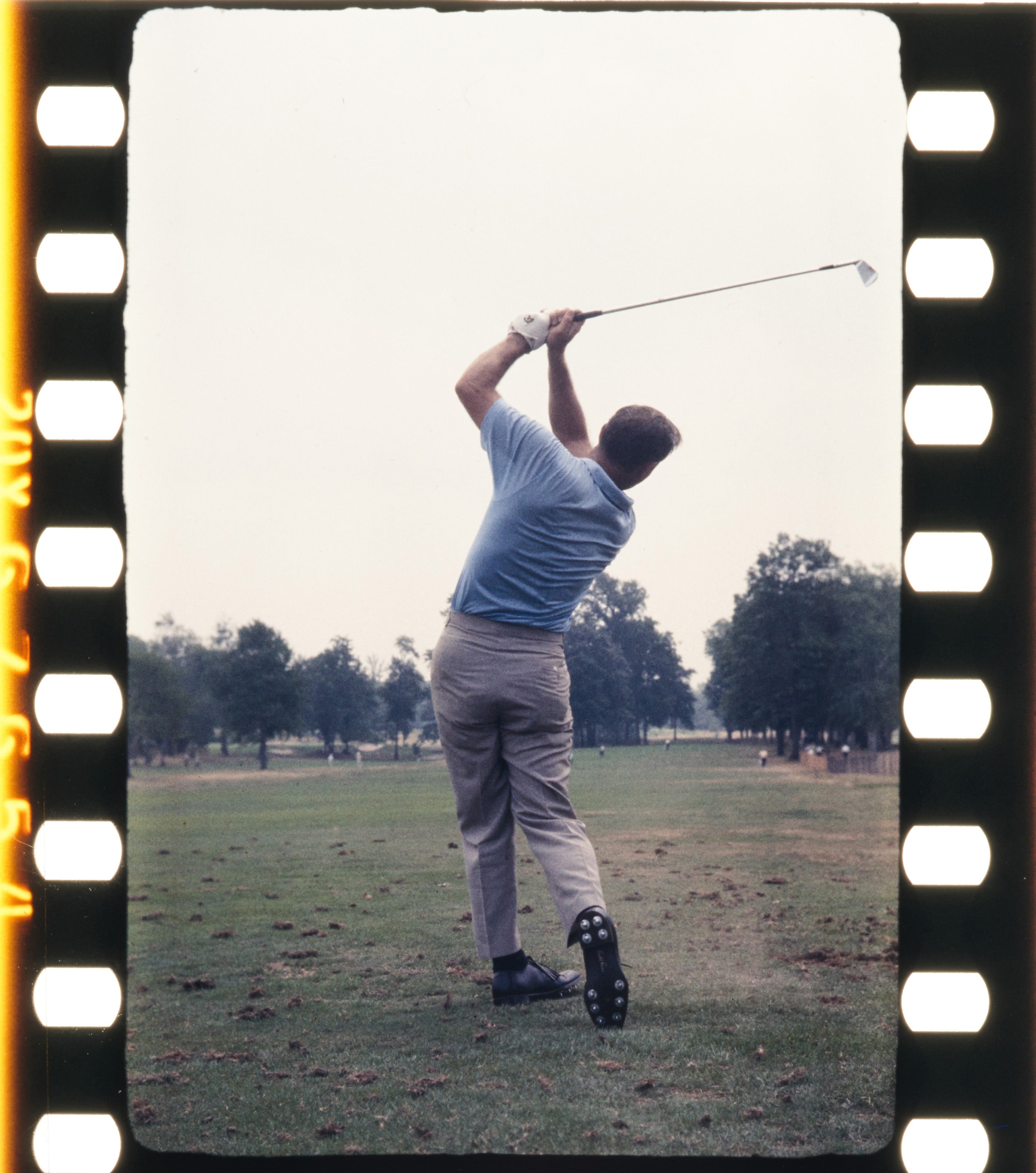 Remember the Arnold Palmer truism: “Swing your swing, not some idea of a swing.” Now, I understand that your swing may be fundamentally flawed and if that is the case, by all means make the necessary adjustments. My word of advice is to know when to lay off the wholesale changes and pivot to minor adjustments to keep your car in tip-top shape. Sometimes it may just be a tiny tweak that gets you road-worthy again. Sadly, too often, golfers get themselves into deep trouble by making too many changes.

4. Your golf swing is your vehicle but your putter can be your magic wand

Part of “Michael Thompson Golf” is recognizing and embracing his strengths and weaknesses.  His putting has always been a weapon and he appears to be back in the mind-set of allowing his putter to be the superstar.  Why don’t you try that?  Instead of constantly working on your swing, why don’t you invest time in your magic wand?  Thompson did and it worked wonders.