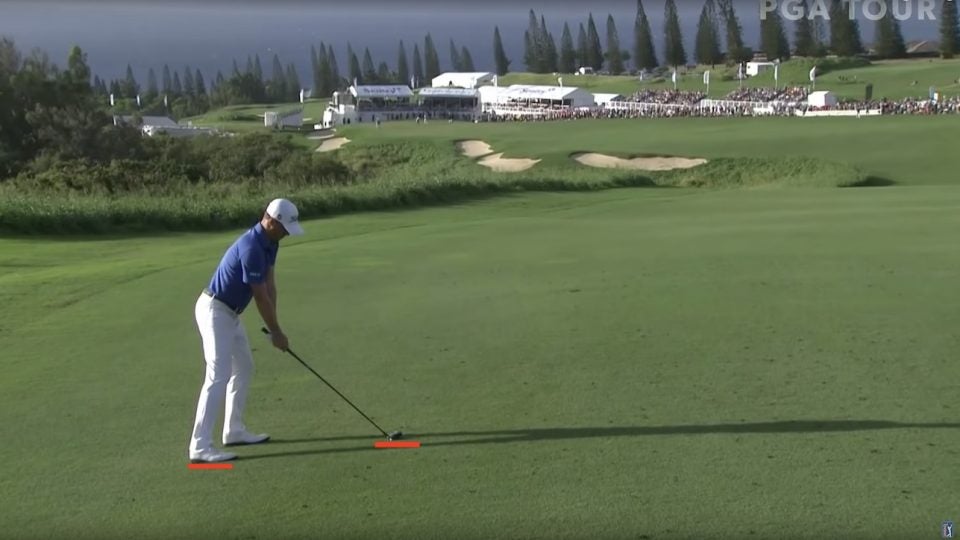 The first tournament of 2020 roared to a thrilling conclusion. Justin Thomas eventually earned the win but it wasn’t as easy as he’d like. Coming into the relatively straightforward par-5 18th hole with a one-shot lead, Thomas made the cardinal sin of hitting his shot into the hazard left. His bogey forced a playoff, which he eventually won.

Crisis averted, but not without some added stress.

“I botched it up pretty badly,” Thomas admitted afterward.

He began the 18th hole with a 1-shot lead. pic.twitter.com/ssx8KRPD3A

Here’s the position Thomas was in off the tee. JT said the drive that got him here was “so bad and so far off the toe” that it left him on the left side of the fairway with the ball well above his feet. That’s effectively his first mistake, because … Hitting a ball above your feet will make the ball go left.

We’re going to keep track of this as we go for reasons that will become clear soon. 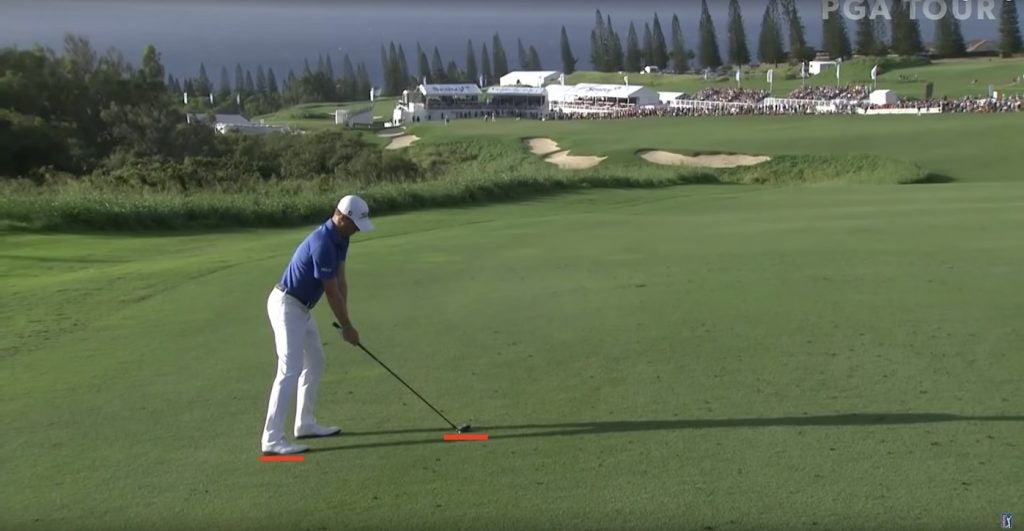 Check out the flags in the background and you’ll also notice they are all blowing rather hard to the left. That right-to-left wind will, obviously, make the ball go left. 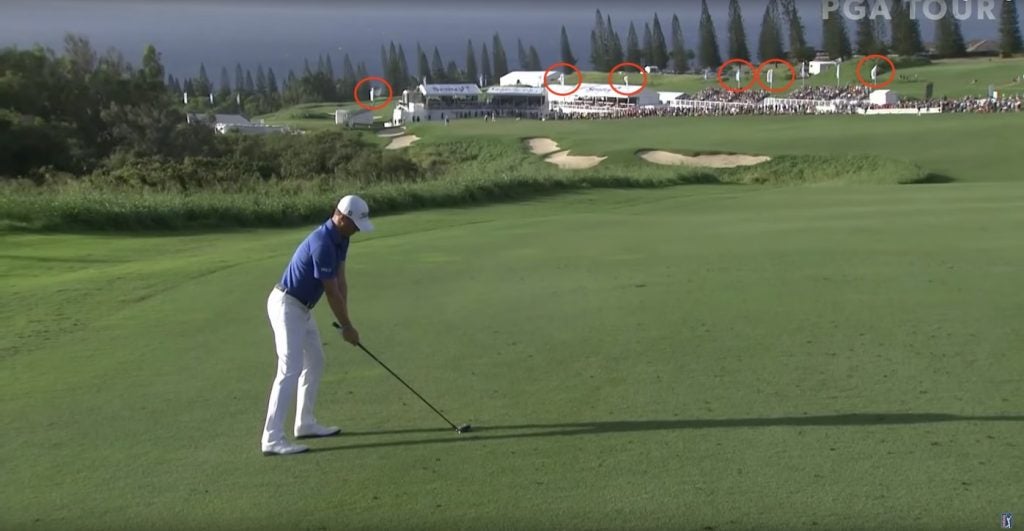 Club selection is also a big factor here, but it sits in a slight grey area. JT criticized his own club selection afterwards saying he should’ve hit a 5-wood or 6-iron rather than the 3-wood, and he’s probably correct.

In some cases, more club can give you more leeway. If you’re between clubs with water short, for instance, clubbing up and pumping it over the green might be the smartest play. But more club is going to exaggerate whatever else is going on. In this case, with the slope and wind both helping the ball go left, hitting more club off this lie is simply going to enhance the amount it curves to the left. With a hazard left, this is obviously a problem. 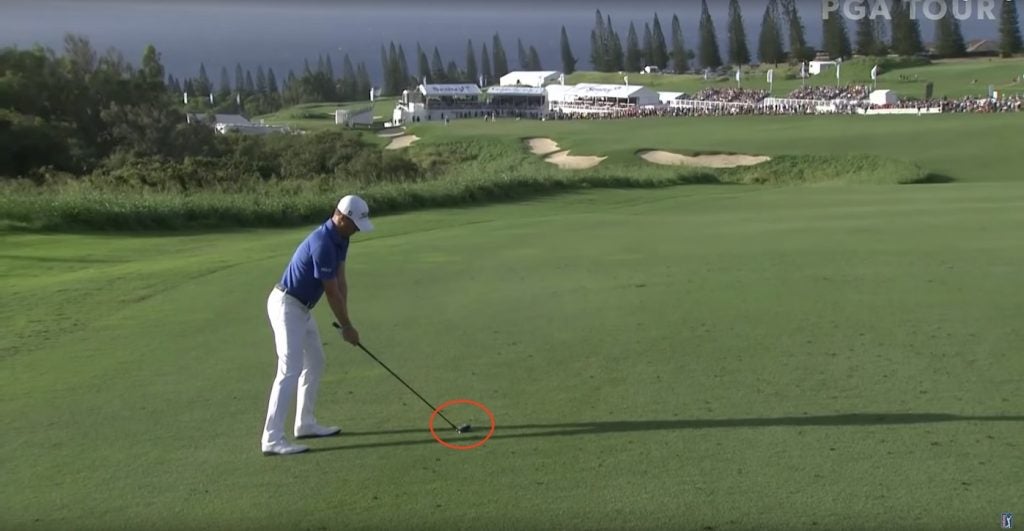 Thomas knows all this, of course, so he aims plenty far out to the right. But the damage has already been done. With three factors working against him, it’s going to be pretty hard for him to aim far enough right to make up for it. Keep that in mind when you play next. 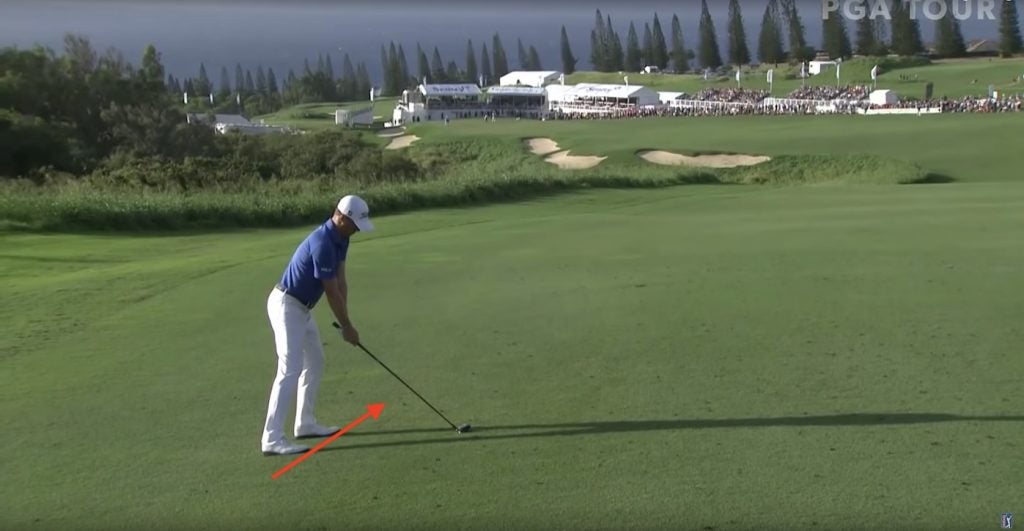 And then, to make matters worse, he puts a bad swing on it. It happens. In this case, it means the ball starts left of where he’s aiming (the happy JT face) and starts curving towards the sad JT face, the point where it eventually enters the hazard. 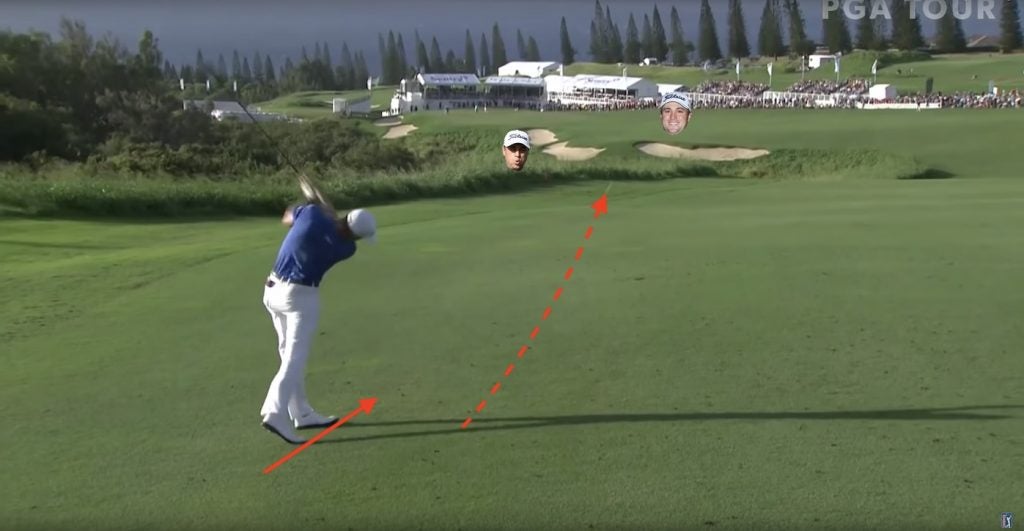 JT was remarkably candid after the fact, explaining that he chose the wrong club in the heat of the moment.

“It was the wrong club. I should have hit a 5-wood. It just — I had no chance to get it to the green. The only good thing about a 3-wood was that it was going to cover more if I slightly pulled it, not hit it as far left as I did. But I mean, as steep as — the thing is the farther down you get it, the flatter it is. I hit that drive so bad and so far off the toe that I didn’t get it far enough down to be flat. It just was — with a one-shot lead that was so stupid. I would have been better off hitting a 6-iron than a 3-wood. It doesn’t make sense.”

It’s proof that mistakes happen even to the best of us. The only difference is that JT makes a mistake and still wins almost $1 million at the end of it anyway.