A hacker’s guide to breaking 80: Here are 8 sneaky ways to *finally* pull it off 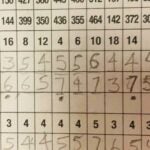 Yes, it's achievable! Here's how.

Picture this golfer: 13 handicap. As likely to shoot 95 as 85. Flawed swing. Natural fade. Tee shots in the 240-yard range. Couple dozen rounds a year. Rarely, if ever, practices.

Sound familiar? Does to me, because that is me, and I suspect it also matches the profile of many of you who stumbled upon this article. You’re not good at golf but you’re not bad at it, either. Stubbornly average. On some days, you’re convinced you’ve unlocked the secrets to the game; on others, you feel wholly incompetent.

There’s at least one other thing many of us DAJ’s (Deeply Average Joes) share in common: We’ve never broken 80. We’ve flirted with it and fantasized about it, but, like a Lee Westwood major title, it has never quite come to fruition. Maybe it’ll never happen. I wasn’t convinced it would until the other day when — sound the trumpets — it finally, mercifully, most unexpectedly did.

Here’s what I learned from that breakthrough round that I’m hopeful you can apply to your own 80-breaking quest.

We can’t stress this enough. My round came on what, from the 6,940 back tees, is a meaty, back-breaking test. The next two set of tee options available to my three playing partners (all fellow DAJs) and I: were 6,530 and 6,136. We elected the forward set, and it made all the difference. Hitting 7- and 8-irons into greens instead of 5-irons or hybrids not only makes the round more fun but it also gives mid-handicappers a real chance at 4s and even 3s. How short a course is too short? That’s a judgment call, I guess. But remember this: If you’re a 250ish-hitter, the longest pros are 100 yards, or 40 percent, longer than you, and they play from about 7,200 yards. By that math, to experience a course like the pros do, you should theoretically be playing 5,000-yard setups, maybe even shorter.

Not all 79s are created equal. Obviously posting that glorious number on a par-72 course is a mightier task than doing so on a par 70, but there’s certainly no shame in the latter. I pulled off the feat on a par 70 (two par-5s, four par-3s), and I feel no lesser for it. Also, when the time comes to brag to your golf buds, no one’s follow-up question will be, “Yeah, but what was the par?” Seeking a great par-69? I direct you to 5,900-yard Cape Arundel, in Maine, which a few of my colleagues played this summer and are still raving about.

No, you don’t always have the luxury of handpicking your golf days. But if you have some flexibility, find a forecast suited for scoring. A day after a heavy rain can mean soft greens. Avoid windy days, too. The day of my round, I lucked into mild but not hot conditions with just a hint of a breeze, all of which put me in a good headspace before I even arrived on the 1st tee. Even for a mid-handicapper, it felt like a day made for going low.

Obvious, yes, but it must be addressed! How many rounds have you carded in the low 80s only to look back and say, Man, if not for that 8 on 11, or for those two triples on the front. Inevitably it’s not a run of bogeys that will derail a 79, it’s a couple of bigger blemishes. In some gnarly rough? Don’t be a hero. Hack your ball back to the fairway. Staring down a 200-yard carry over water to get home in two? Same advice: Don’t be a hero. You can still hold your head high by arriving to your destination safely with a 7-iron and a wedge.

Average golfers play good golf in spurts. In my experience, those flashes of relative brilliance last for about five to seven holes, with some degree of existential dread ever-looming. If you’re like me, always in the back (or front) of your mind in the midst of any sold stretch is a nagging thought: When is this run going to end? That’s entirely the wrong way to think. Portending bad play spawns bad play. Instead, give yourself a Stuart Smalley pep talk and convince yourself that there’s no good reason why your fine form shouldn’t and will continue, because, really, there isn’t a good reason. Yes, golf is hard, and even the best players are streaky, but by tempering or outright extinguishing feelings of doom, you’ll free yourself up and improve your chances of playing well not just for six or eight holes but for all 18.

If you’re a grinder, play with fellow grinders. If you play quickly, pair yourself with speedsters. If you like to gamble, play music or slug suds mid-round, find playing partners who enjoy the same activities. Nothing will throw you off your game more quickly than a playing partner who irritates you — especially when you’re coming down the home stretch with a personal-best score in your crosshairs. I played with my brother and two of his pals. The venue was a special one — a U.S. Open site, in fact, but no one treated the round like we were actually playing in the Open. Easy-breezy company.

Tour pros say it all the time: you need some luck to win tournaments. Same goes for a middling golfer breaking 80. You’re going to need some breaks. My most favorable stroke of good fortune came on the 12th hole, a par-4 with bushes and trees down the right, which is what my tee shot drifted toward. Knowing a lost ball would likely derail my chance at glory, I canvassed the area like an archaeologist seeking dinosaur remains. Alas, to no avail. Just as I was losing hope, voila! There it was, my blessed orb nestled in a tuft of grass. I hacked out to the other side of the fairway, from where I saved bogey — and, ultimately, my chance at the big 7-9.

When sub-80 becomes a real possibility, you’ll probably know it by the 12th or 13th hole. Don’t sweat it. In fact, let your partner keep score. Deep down you’ll know if you’re trending toward a magical number, but crunching algorithms after every hole — i.e., all the different paths that will lead you to 79 — is a sure jinx. Instead, lose yourself in your fine play and let the numbers fall where they may. Until the 18th hole, that is. At that point, you should know where you stand as it may affect how you approach the hole. As we walked to our tee shots on 18, my brother, who had purposefully not mentioned my score to me throughout the round — a la a baseball player not broaching the possibility of a no-hitter — asked me, “Do you want to know where you stand?”

I nervously missed the green short right, pitched up to 15 feet then — somehow — holed the putt. Only after I’d celebrated like Justin Leonard at Brookline did my brother deliver more news: he’d miscalculated. I actually had needed only a bogey for 79. Funny, some days saving strokes comes almost too easily.