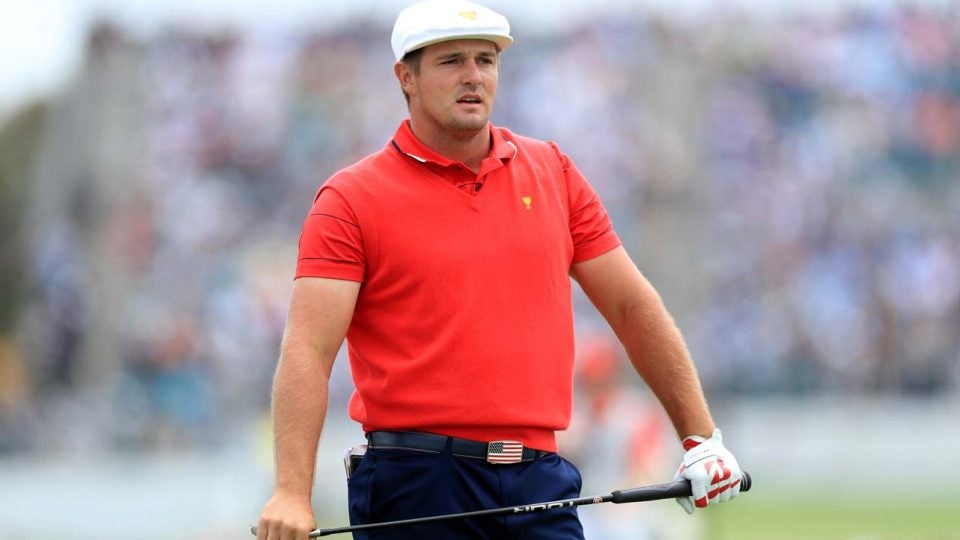 Bryson DeChambeau says his new diet and workout routine have him excited for the new year.
Getty Images

Bryson DeChambeau says he doesn’t make New Year’s resolutions. “I used to. Not anymore, though. It’s all about progress for me. So I look at every day is going to be better than the last day. So let today’s garbage be better than yesterday’s.”

We haven’t seen DeChambeau play much golf recently. Since the Shriners in early October, he’s teed it up at the Hero World Challenge (where he finished 15th out of 18) and the Presidents Cup (where he played just two matches, going 0-1-1). But we’ve seen him in the gym, and we’ve seen him streaming a lot of Fortnite on Twitch, and we’ve heard him talking about breaking ball speed records and hitting 400-yard drives.

DeChambeau finished 2018 at No. 5 in the world; he currently sits at No. 16. He’s hardly been shy when it comes to talking about his recent bulk-up, but he gave a particularly vivid explanation on Tuesday in Abu Dhabi, in advance of his first tournament start of the new year.

A year ago, DeChambeau said he was 195 pounds, which felt too light. “At the 2018 Hero World Challenge, I felt brittle. I felt like a gust of wind could push me over if I wasn’t careful,” he said. It’s worth noting that DeChambeau had won three of his last five starts going into that week, easily the hottest stretch of his career. Nonetheless, that’s when the bulk-up began — and really ramped up the past few months. DeChambeau said once he found something in his golf swing, he decided to add mass, going from 208 pounds up to 225. If you’ve made it this far, the rest of his response is worth a read:

“Some of the stuff in my golf swing that wasn’t going right at Shriners, and after I figured that out I said, okay, now I feel like I have good control of my game and I feel like I can add mass and size and strength and speed to those principles, and so it was kind of a test for me. It wasn’t that I was bored or anything. It was just I wanted to see if I could do it, and quite honestly, it’s been a massive benefit.

“And it’s made me excited for the game again because I get to go back out and play a game that is completely different than what I knew it to be. I mean, I went out yesterday and hit shots and hit drives. I’m like, I’m hitting — two years ago, I was hitting driver, 5-iron — driver almost 4-iron into 16 yesterday, or, well, two years ago. But yesterday, I hit driver — I could have hit 9-iron into it but I hit a chip 8-iron into that hole and it was the same into the wind, 10, 15 miles an hour, I flew a driver 315 yards into a 15-mile-an-hour wind. I’ve never been able to do that before.

“So it’s really a new game for me. It’s going to be interesting to see how it plays out. The direction hasn’t really changed that much. I just feel like I’ve got more control and more stable.

“So this transformation, I’ve literally been working out twice a day. At least after Shriners, I pretty much worked out twice a day for a good month and a half, month, somewhere around there. I just kept going to the gym, and luckily I have a gym at home, so I just go in there probably for 30 minutes and then I go back out and then I go back in for another 30 minutes and accumulated like about three-and-a-half hours of working out a day. It was a lot. It was ridiculous. But I said I’m going to do it. I’m going to do it right.

“It was funny, when I got to Australia to The Presidents Cup, I ate about 6,000 calories. It was a ridiculous amount of food, just because I felt like I needed it to sustain that amount of weight and with travel, I didn’t really have the food I wanted on the plane. Just needed to eat, eat, eat, eat, and just kind of maintained that since.

“But it’s been a long, tough process. I have a lot of days where I’m lying, I just don’t want even to get up out of bed and then I go work out and swing it really fast and then go work out.

“The thing is, people normally say, well, you’re going to get injured doing this; you’re going to get hurt doing this. And yeah, there are going to be some things that pop up. But I’m luckily to know a guy like Greg Roskopf, MAT, and any time that something has occurred, I’ve been able to get fixed immediately. I hurt myself doing a back extension there probably two, three weeks before the Hero, and within the next three, four days, I was swinging it 185 ball speed, and that was after pretty much throwing out my back. So what he’s able to do is incredible.

“So I’m able to fix myself when things go bad in the gym, if they do. I go to the gym with a mindset to fix myself, never to break myself down.”

Fitness
How to spend only 10 minutes in the gym and get results, according to Joel Dahmen

Coming out of the holiday season, most people are looking to drop a few pounds, not continue to put them on — so we’re certainly not recommending the 3,500-4,000 calorie/day DeChambeau Diet for everyone. We could aspire to his gym routine, though.

Wednesday evening, DeChambeau hopped back on Twitch to play some pre-tournament Fortnite. Again, he dished on his diet philosophy (“Am I hungry? Yeah, I’m hungry. Let’s keep eating.”) plus his new physique and the doors it’s opening. He said he’s gotten to 200 mph ball speed off the tee, although 190 is more playable. “I’ve seen progress that I never thought was possible,” he added, including the nuggets that he’s sure he outweighs Brooks Koepka now (and has better abs).

Bryson's gameplan for how distance will help him conquer Augusta National:

Drive close to green on 7th

As for the on-course results? He’ll have a chance to start showing those this week. DeChambeau tees off at 12:05 p.m. local time on Thursday. 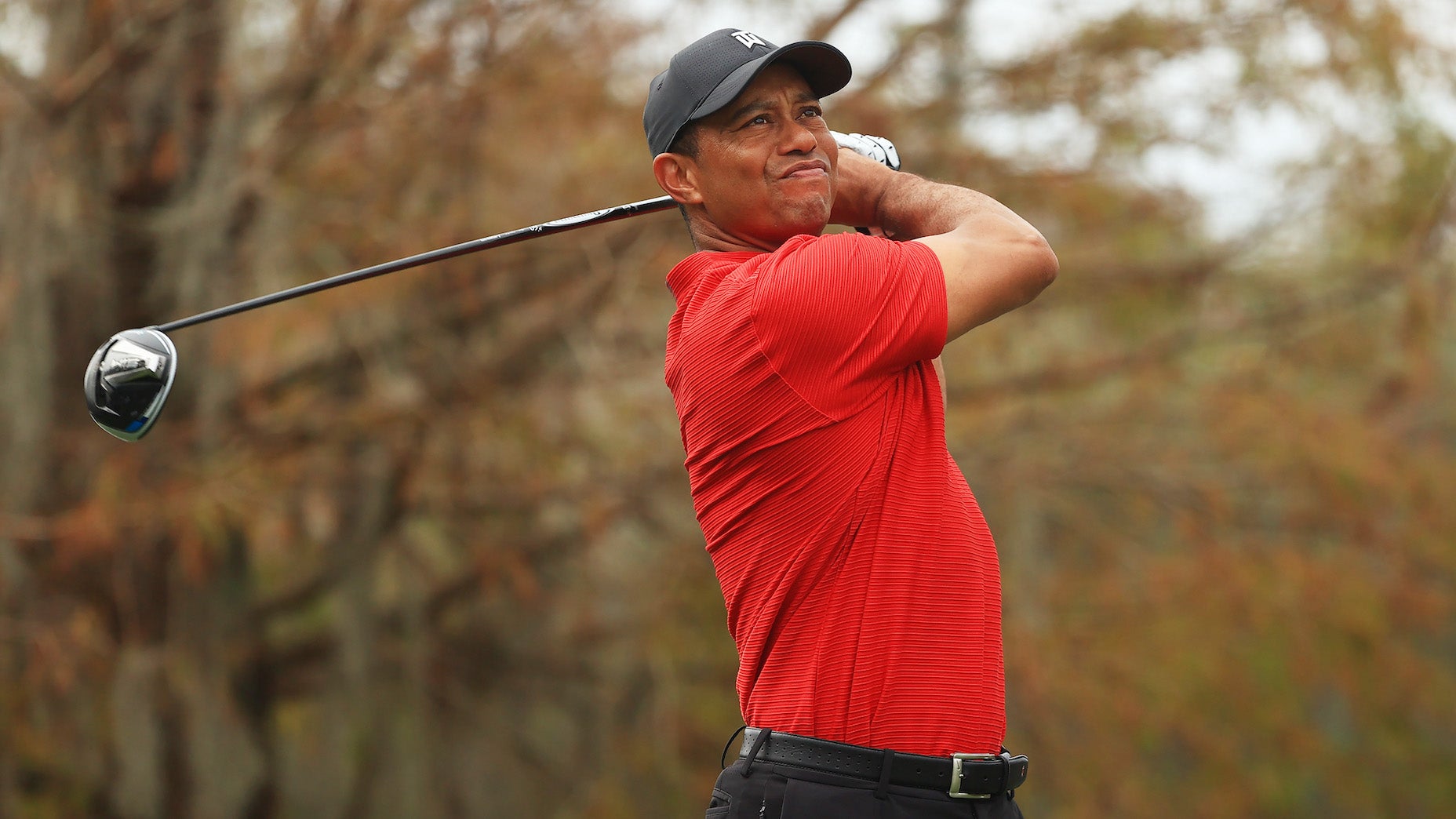 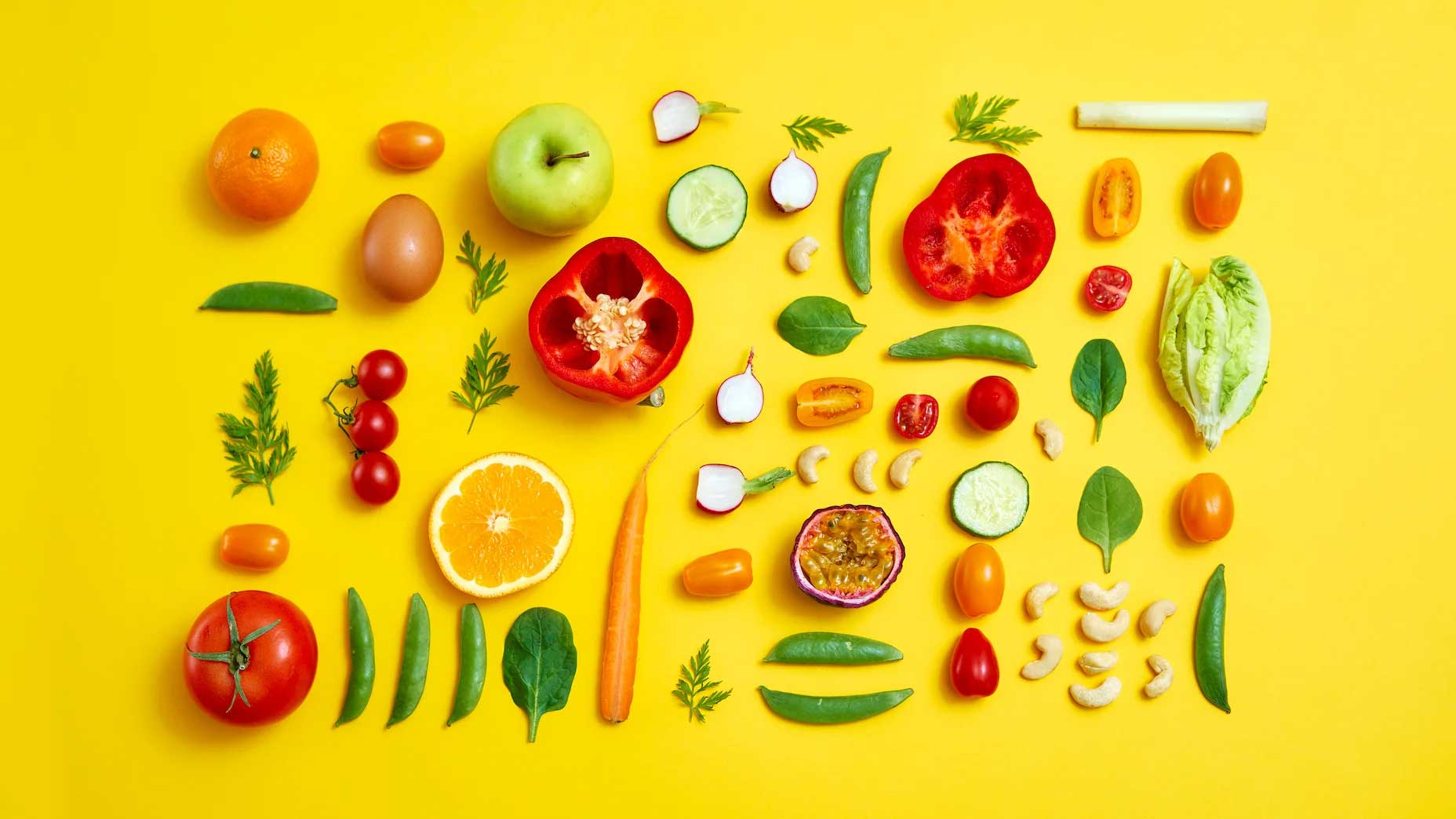 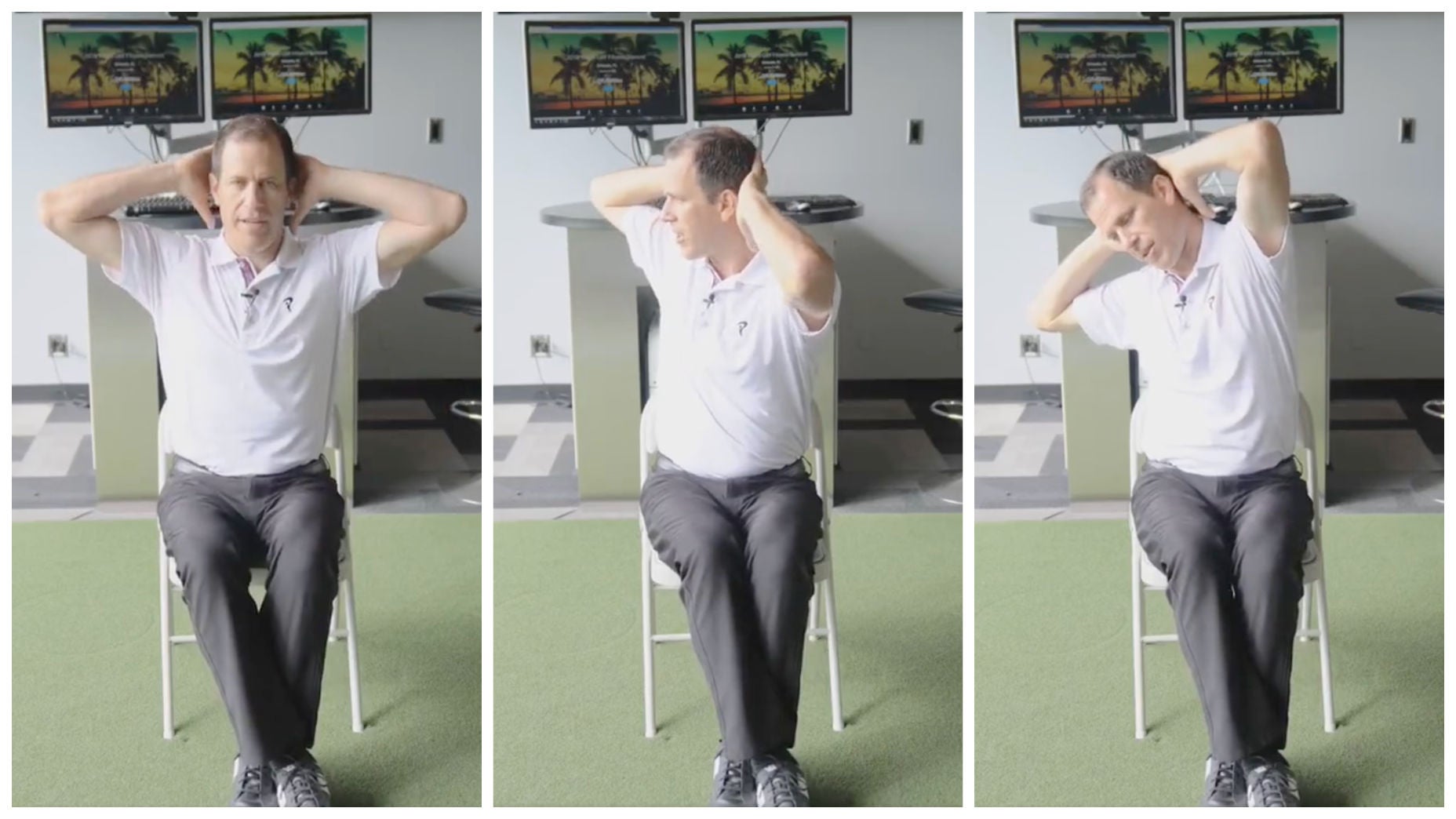 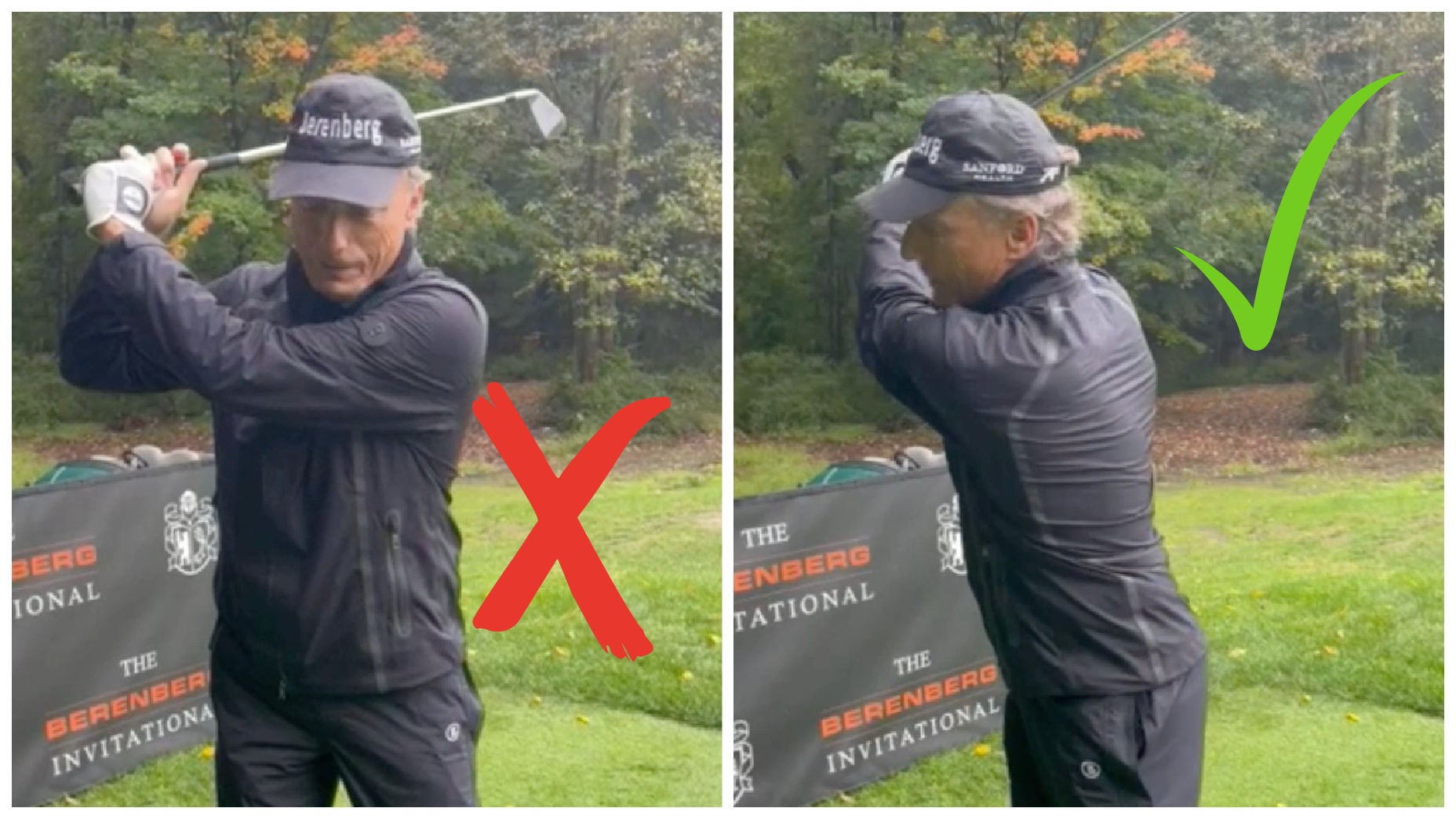