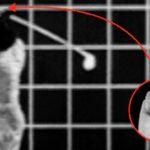 Louise Suggs had one of the longest, most powerful golf swings in LPGA Tour history, and there's still a lot we can learn from it.

Generally speaking, a longer golf swing means longer drives, but there are a few caveats. The most important among them: Your golf swing can’t be long because you cheat your turn, and collapse your arms. It’s something Bernard Langer mentioned when we talked with him recently. Long swings are good — but only if that length is the result of a big turn.

In this clip from 1954, Memphis Country Club pro Pat Abbott explains by breaking down Suggs’ golf swing for one of his students.

“The first thing you notice about her swing is its length. She gets there by using far more body turn than the average man, and her wrist action isn’t as restricted,” he says. “At the top of her swing, however, she doesn’t lose control of the club.”

That last point is a key one, and he hones-in on it in more detail when he pulls up a video of his student alongside Suggs’ move.

Notice how his student on the right technically has a longer golf swing, even though her shoulders don’t turn as much as Suggs?

That’s because, as he explains, his student on the right has let the club slip from her hands slightly. That loss of control makes her golf swing artificially longer than it actually is. In reality, she’s cheating her turn.

GOLF Top 100 Teacher Boyd Summerhays wrote an article for GOLF Magazine recently about a useful swing thought that can help with this: Making sure your trail hand covers your trail thumb, so you keep turning while keeping the club in control.