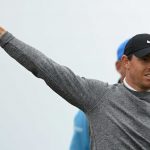 If you're slicing the ball, your clubface is probably open. Here's how to fix it.

There are two “S” words that golfers dread more than any other: The first is the dreaded “shank.” The second is the slightly less-dreaded, but far more common “slice.”

Our partners at GOLFTEC have spent countless hours diving deep into the causes — and effects — of the most widespread problem in golf. They found that about 60 percent of all golfers hit a slice, with an average score of 101, and higher-handicaps tend to miss to the right of their target more than half the time.

Sound like you? Turns out, there’s once cause above all else that’s probably causing you to slice so many shots. We’ll get into that momentarily, but first, a quick note that GOLFTEC is running a special on swing evaluations for golfers heading into the season, which you can sign up for right here)

Your clubface is probably open at impact

What may seem obvious to some isn’t to others: The clubface is king in golf. The direction the clubface is pointing at impact will influence the ball’s direction more than anything else in your swing.

And when it comes to handicap, GOLFTEC found that lower handicaps tend to keep their clubface a lot more square on their downswing — within about a degree of their swing direction — than anybody else. Higher handicaps have their clubface between three and five degrees more open (which means pointing to the right of the target) on the downswing.

When the clubface is open, it means it’s pointing to the right of the target, which means that’s almost certainly where the ball is going to go.

So, why is your face open? There are a few different factors, but one of the most common is your grip. A “weak” grip causes an open clubface, so if you’re slicing the ball and trying to figure out why, that’s where you should look first.

As GOLF Top 100 Teacher Jason Carbone explains here, a good anti-slice grip requires gripping the club in your fingers, NOT the palm of your hands.

And once you do that, PGA Tour player Tony Finau — who once struggled with a slice himself — explains here that turning your hands more to the right (for right-handed golfers) will help strengthen your grip, and therefore prevent the clubface from opening too much.

Finau made this grip change himself. Here’s a picture of his before (slice) grip and his after (power fade) one.

Or, of course, you can always just book a lesson…

Ready to jump in and start your GOLFTEC Journey? Fill out this form to book a swing evaluation or club fitting! A local GOLFTEC Coach will contact you to discuss your game and goals.
Book Now