The science of practicing golf off a driving-range mat 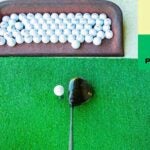 This is what you need to know about hitting balls off a mat.

I’m looking outside right now and don’t like what I’m seeing — and what I know is coming. I live in the northeast, where it’s getting grey and gloomy. It’s been like this for most of the last week. The pocket of perfect golf weather that comes every year has passed. Now, heading into the first week of November, it’s becoming clear that we’re on the wrong side of things weather-wise.

The golf season is officially coming to an end.

Though I’m not one of those hardcores who hits the course anytime it’s not snowing, I’ve never been good at putting the clubs away for good until springtime. I usually make it a point to hit the range every other week or so. And in the winter, that means I need to get used to hitting off mats at my local driving range.

Sound like you, too? Well then here are a few things you should keep in mind when you hit the driving range mats this winter … 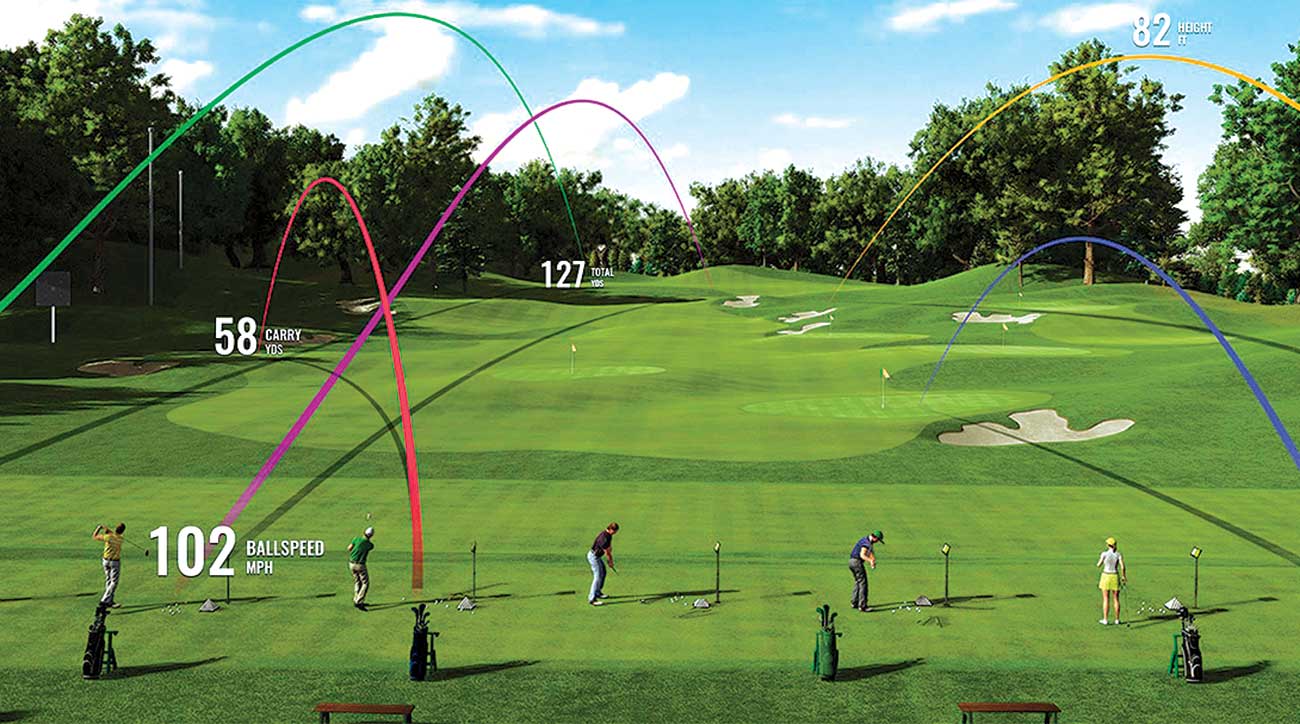 1. You won’t be able swing as fast

Back at the 2018 World Scientific Congress of Golf, researchers at Bloomsburg University studied the effects of three different types of surfaces — grass, turf and sand — on the way golfers swing the club.

As you may expect, your ability to grip the ground with your feet has a big impact on how fast you can move your limbs. Golfers were slower across the board on sand compared to grass and, on mats, the study found that “accelerations in the lead arm and lead leg were significantly higher on [grass] compared to [turf].” 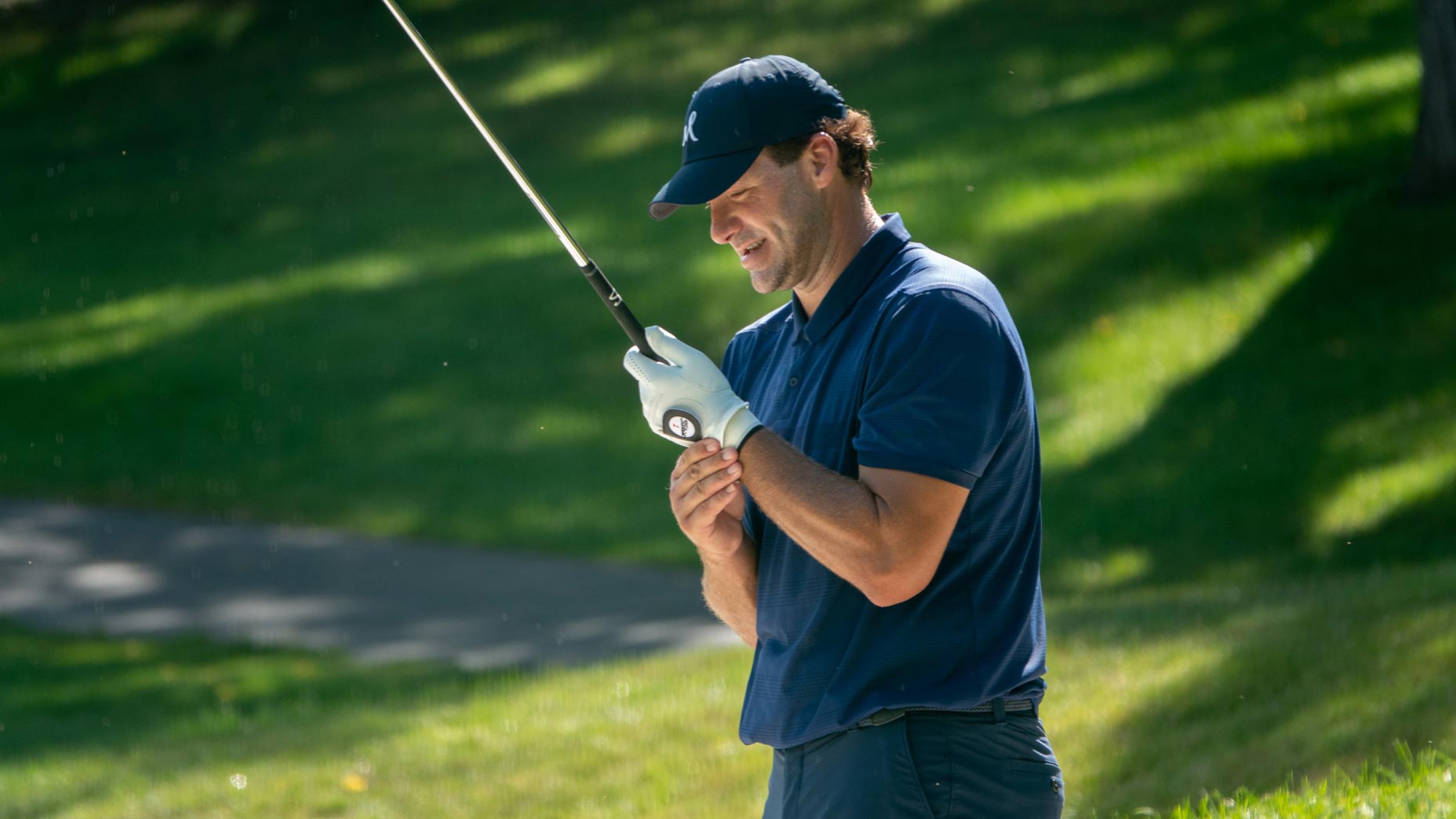 2. Don’t hit too many wedges

When you’re practicing on a driving range mat, it’s important to keep in mind what’s beneath the mat you’re hitting on. Most of the time, it’s concrete.

The mats themselves are usually padded enough to cushion the blow you’d take from a divot had you been hitting off grass, but it’s still something to keep in mind. You don’t want to overdo it hitting a club with a steeper angle of attack, like a wedge, or hit too many balls if you’re a golfer who generally takes big, deep divots. You could wake up the next morning with some soreness in your wrist, which isn’t good for anyone. 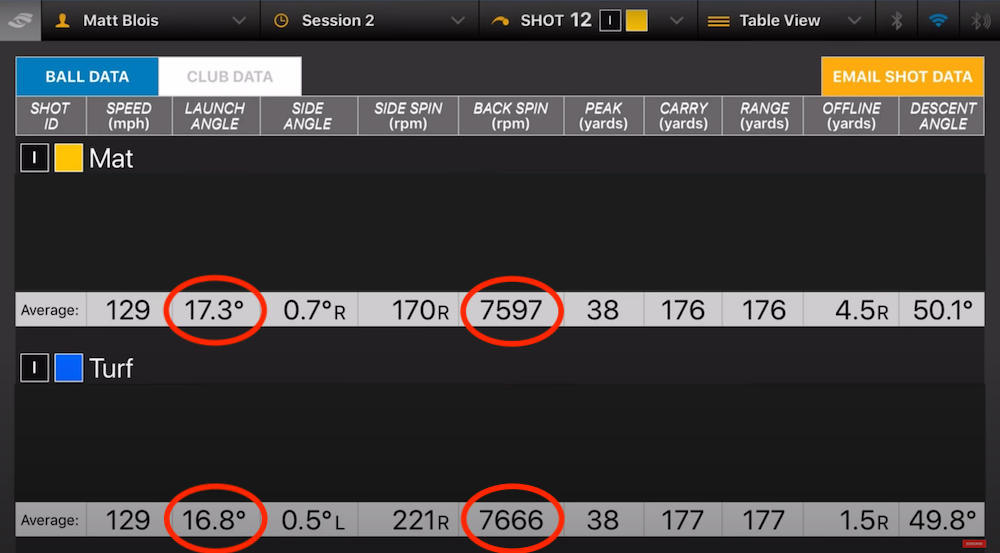 It’s also important to keep in mind how hitting off a mat affects the way you hit the golf ball itself.

Because you’re on a mat, rather than on grass, the club doesn’t have the ability to dig into the ground. So instead, it bounces up off the ground slightly. And because of that, the you catch the ball slightly higher on the face, which means it comes off higher and with less spin. You can see the effect for yourself, thanks to an experiment from TXG Tour Experience using Foresight Quad technology.

You may not notice the effect yourself, but the effect is real. If you see your ball go a little higher on a range, that’s why.