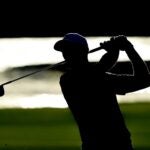 The PGA TOUR’s best were welcomed to a new venue for the 2021 WGC Workday Championship. The Concession, a Jack Nicklaus and Tony Jacklin designed gem in Bradenton, Florida, proved a worthy and exacting test for the stellar field.  It posed questions of every facet of the game and in the end Collin Morikawa showed his skill and class to romp to his 4th victory in his short career.

As a fan, I had such fun watching the coverage as I am enthralled by a course that uses undulation, especially around the greens, as defense.  It was fun and enlightening to watch the players use imagination, creativity and skill to navigate the demanding layout.

As a golf teacher, I saw a number of lessons that would help golfers of all skill levels.  In the end I whittled the list down to two lessons from the Sunday final pairing:

Much was made about Collin’s otherworldly iron play and his new “Saw” putting grip (which he recently changed to, stuck with, and was rewarded handsomely).  I want, however, to point out two crafty greenside plays he made in the final round on the 11th and 12th holes.

After missing the greens on both holes he was faced with tricky shots from tight lies.  Both times he selected a lofted fairway metal club instead of the lofted wedges.  The decisions were a masterclass in creativity, disaster avoidance and green side savvy and I recommend that you lean that way too.

The green side bump and run with a metal wood (or utility club) is simple to learn and it will help you navigate many a pickle.

Address the ball with a narrow stance; position the ball around the center of the stance and grip down the club a little. At address the rounded sole of the “wood” should sit flush with the ground and the loft of the club should be exposed.  Do note, you will be a bit farther from the ball that the regular pitch shot given the length of the shaft.  Finally, do not to get your hands too far in front of the ball at address (and/or impact) – this will reduce the loft on the face and we want to use that loft to elevate the ball ever so slightly.

Once comfortable at address, make an unhurried and small swing of the club (almost like your putting stroke) with the intent of brushing the turf under the ball.  As you do so you will feel the ball jump off the face as it leaves on its journey.  Practice the shot from different lies and over different terrains – it is simple to learn and is a shot-saver for sure.

Before the final round, Former FedEx Cup champion and 5-time PGA TOUR winner Billy Horschel, acknowledged that he was working on “embracing the anxiety of being in contention”.

I found his candid observation stunning.  Here is a guy who has won multiple events on TOUR as well as winning an event with a $10 Million payday – surely he shouldn’t be too anxious before a final round… Right?

Well the truth is that even great golfers have to deal with the same crazy thoughts and emotions that you and I do.  They are humans just like us and realizing that should bring you a little solace.

Learn from Billy-Ho. Acknowledge the feelings, but don’t give power to them.

In other words, recognize the feelings; you cannot magically make them go away.  Do not however belabor them.  If you do so you risk giving them life and making them bigger than what they are.

Once you have recognized the the anxious feelings, move toward getting past them by directing your focus and intent to the job at hand.  Fill your mind with positive and helpful golf-stuff like accurate yardages, confirmed wind directions, perhaps a swing thought, and most certainly a robust and focused pre-round and pre-shot routine.

Then go out there and play the game and remember that a little anxiety never meant that you were going to play poorly.  Enjoy the day, relish the good shots, and recognize the bad shots and breaks as opportunities to show off your skill and know-how.

And very importantly, smile a little bit… Billy did!