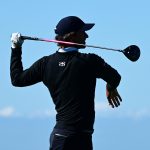 Don't take coaching your own golf swing into your own hands.

When it comes to talking golf swing, Adam Scott is one of those whose comments I listen to pretty closely. After all, how could you not? For the better part of 20 years he’s had one of the most picturesque golf swings around — the kind most golfers dream of. Surely, with a move like that, he must study it intensely, right?

Actually, it’s precisely the opposite.

“The less I know the better,” Scott said during the second episode of the podcast “Fairgame,” a mini-series (you can listen here) that charted Scott’s lead-up to the 2021 Masters.

“For the longest time I never even saw my golf swing [on camera],” Scott says. “It’s the worst thing, to analyze your own swing on camera.”

It was a surprising and interest comment from Scott that hit especially close for me, someone endlessly addicting to “analyzing” my own golf swing on camera. But there’s some good logic underlying it all that’s worth diving into.

Beware analyzing your own swing

It’s an interesting comment that Scott makes, speaking on the range alongside his swing coach Brad Malone. And to be clear, Scott isn’t saying that getting your swing analyzed is bad — on the contrary, it’s good! — he’s just steadfast that you shouldn’t be the one analyzing your own golf swing. Leave that to a coach you can trust.

“It’s a perfectionist thing,” he tells Fairgame co-host Benjamin Clymer. “It’s a good thing … but it can also be a detrimental thing. When you start looking at the tiniest thing, so you try to change that and it ends up changing another thing.

“I haven’t looked at my golf swing in two weeks, and it’s actually gotten better during that time period,” he says.

It’s an important message that’s worth golfers reminding themselves. Trust a good coach and stay focused on the things that will help you play better golf, not play golf swing.

The entire podcast also comes in video form, which you can watch below.