Viktor Hovland finishes his swing during the Players Championship.

Viktor Hovland’s golf swing is the perfect hybrid, designed for both accuracy and distance. With the rise of technology and science as it relates to the golf swing, gone is the cookie-cutter approach. Today, PGA Tour players are world-class athletes who understand which movements help them play better. It’s something from which weekend golfers can learn a lot.

Viktor Hovland is a perfect example. His swing is powerful but doesn’t sacrifice consistency: Last season, he hit 75 percent of his fairways and clocked 13 consecutive rounds in the 60s. He achieves this by creating matchups between his clubface and his body, like his powerful rotational move and flexed lead wrist. If there’s one thing, above all else, that recreational players can learn from Hovland’s swing, it is the way he “loads the slings.” His slightly rounded setup position allows him to engage his core. As he turns back, he’s fully coiled yet maintains control over the clubface, and when he comes down, he releases all that power with devastating rotational speed.

Viktor’s swing is the embodiment of a modern, science-driven approach, but what impresses me most about Viktor is his attitude. He may be young, but he’s not afraid of playing in the biggest events. He’s excited to tee it up every week and compete against the world’s top players. In the biggest events, he rises to the challenge, and it won’t take long for other players to regard him as a player they need to beat. 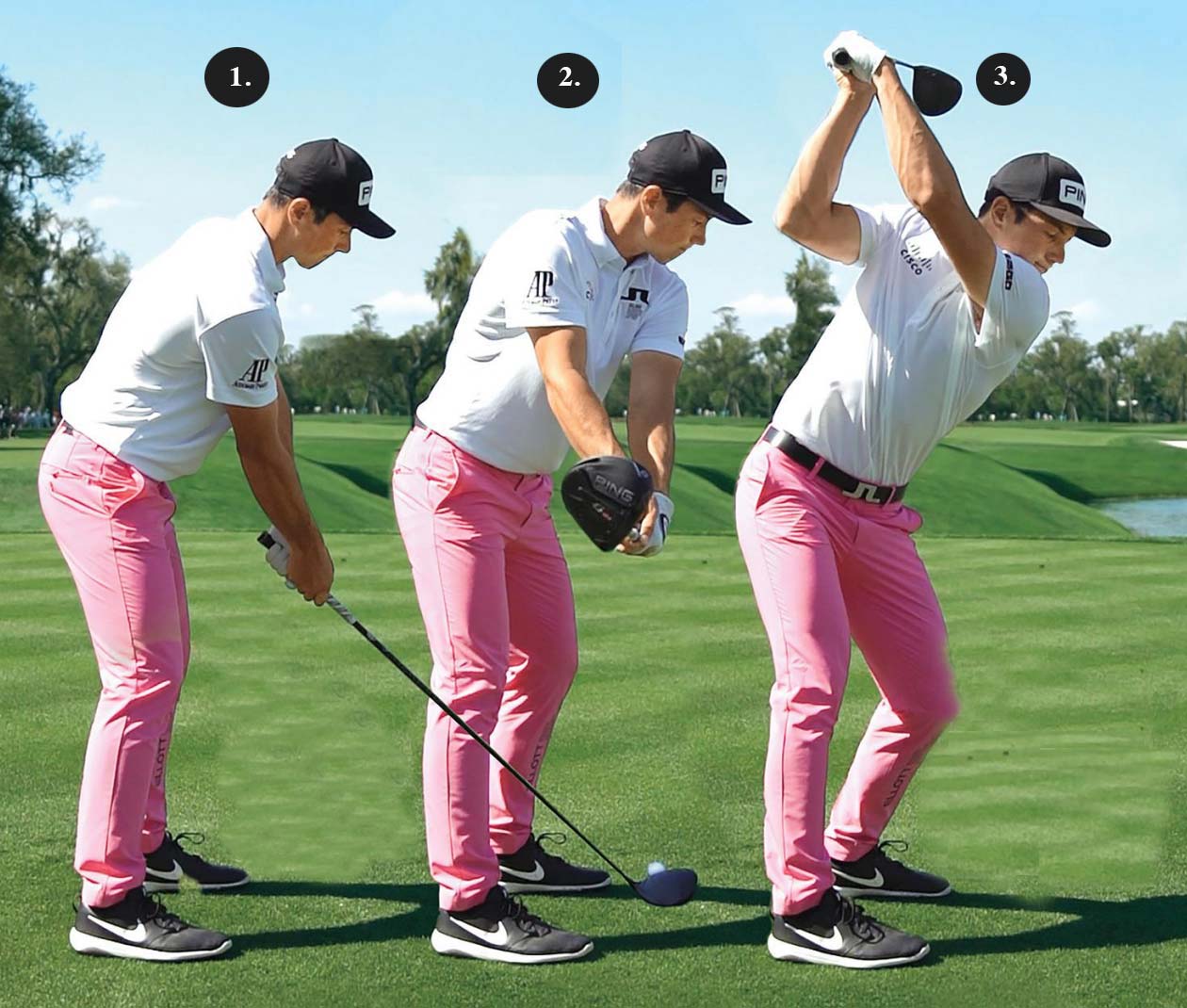 A classic look with a neutral pelvis and an engaged core. Notice how Viktor’s shoulders are slightly rounded, or protracted, similar to many golfing greats such as Jack Nicklaus and Sam Snead.

Viktor’s arms are soft but his clubface is square to his address posture. His torso is winding up as it begins its powerful turn.

His trail leg has extended to allow his hips a full turn, yet his upper body has wound up with his lead arm above his shoulders. His lead wrist is in flexion, which puts the clubface in a very stable position. 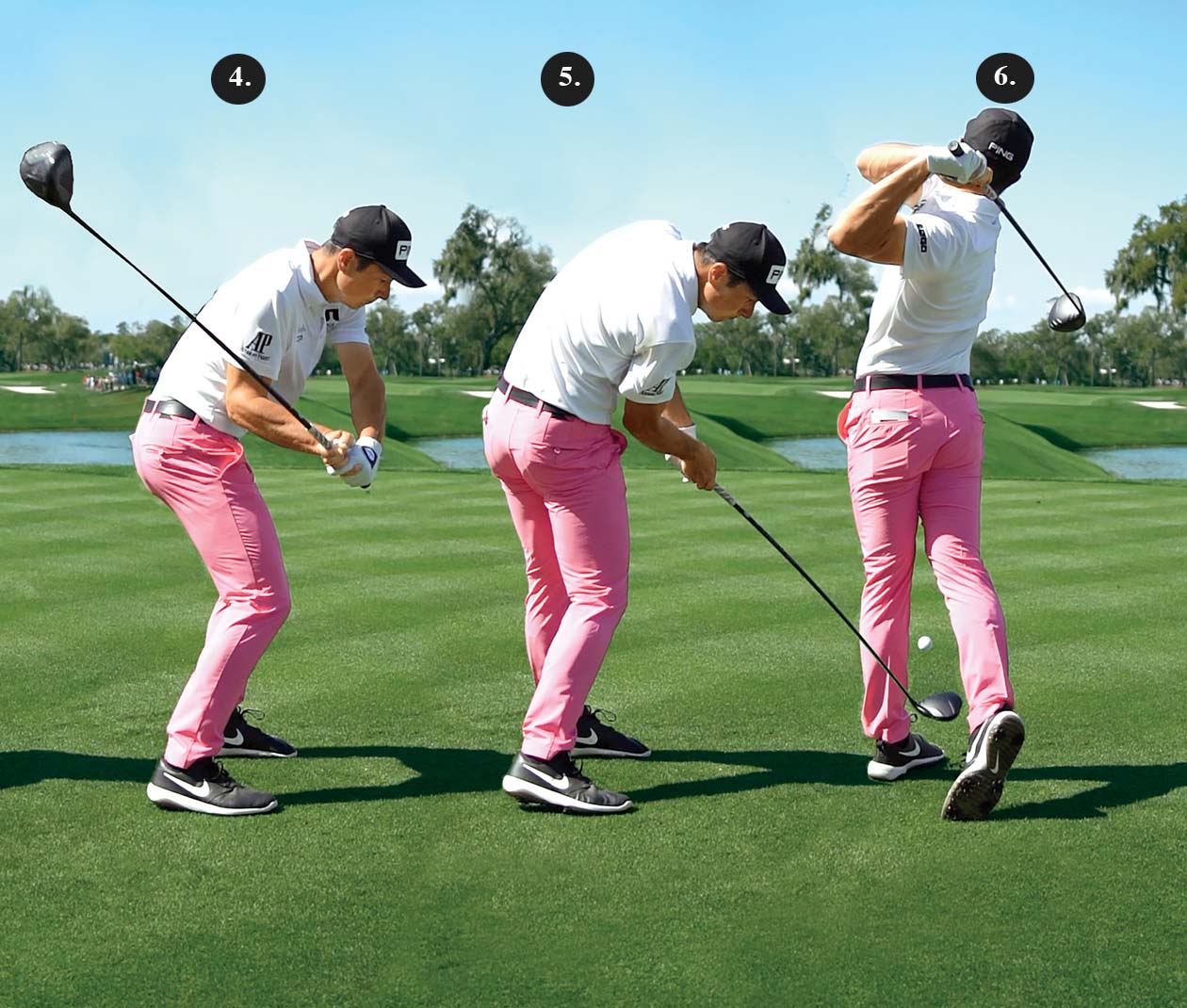 Viktor’s body has changed direction, with his hips more open than his rib cage. He’s rotating his body hard to create that matchup with his lead wrist (still in flexion, by the way).

Notice how Viktor’s right arm is still bent, but his body is open and facing the target. This is the result of proper separation and a good swing sequence.

This is the look of a free release of the body and club. Viktor swings like an athlete who owns how his body moves.