These five tips are guaranteed to help lower your scores.

With golf back in full swing, it’s imperative you get your game in form. We know that’s easier said than done, but we’re here to help with that. Try these five easy tips and you’ll be shooting lower scores in no time — we guarantee it. 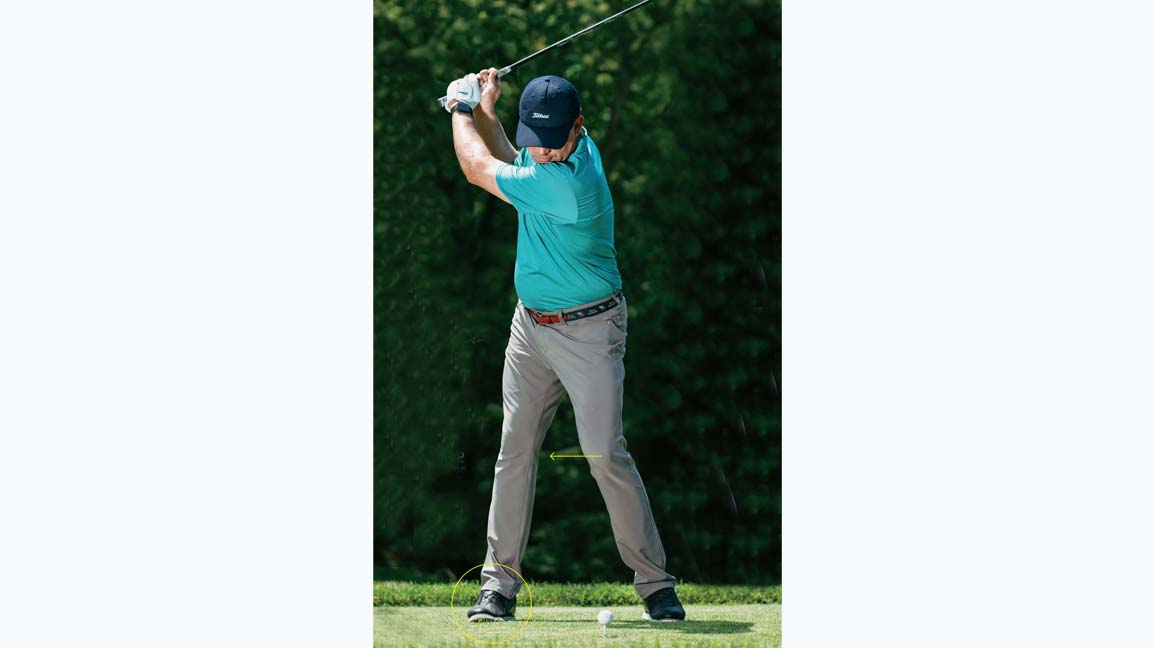 1. The secret to a power shoulder turn

If you’re like a lot of amateurs, you tend to slap at your drive with your hands and arms, instead of using the big muscles of your upper body. The result is a power-sapping slice. More shoulder turn is what you’re after, and that’s something you can get with a few small tweaks. At address, draw your right foot (if you’re a righty) two to three inches back, perpendicular to your target line, while flaring the toes of that same foot slightly outward. This will allow your hips to turn more freely, which will help your shoulders turn more freely, too. In your backswing, let your left knee move laterally toward your right knee. You can even let your left heel come off the ground. Taken together, these modest changes will help your left shoulder move farther behind the ball — just the coil you need for longer, straighter drives. —Kevin Sprecher 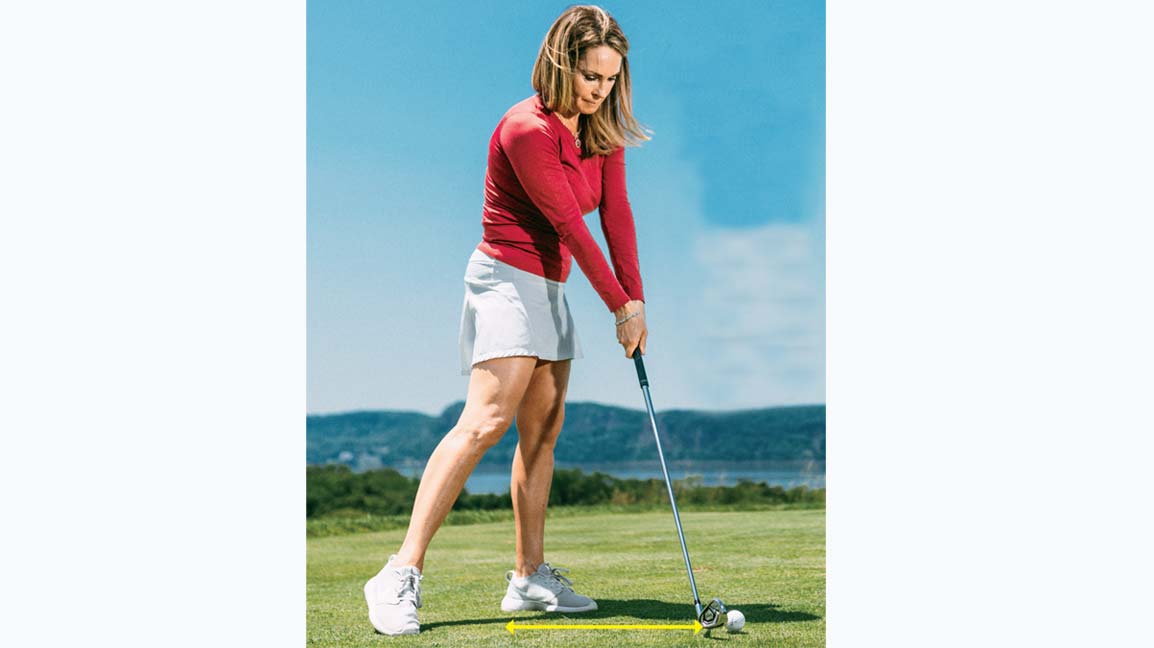 2. Step up to knock your approach shots closer

It’s hard to hit your irons near the flag if you’re standing too far from the ball. But that’s what a lot of amateurs do. They’re reaching at address, badly off balance, with little chance of catching it flush. To set up properly, hold the club with your arms hanging straight down and the ball so close to you that you feel crowded. Then step back slowly in small increments, just until you have enough room to swing. You should feel evenly balanced heel to toe. Your weight should also be distributed 60-40 between your front and back leg to help you stay more centered during your swing. Now you’re ready to catch it pure. —Debbie Doniger 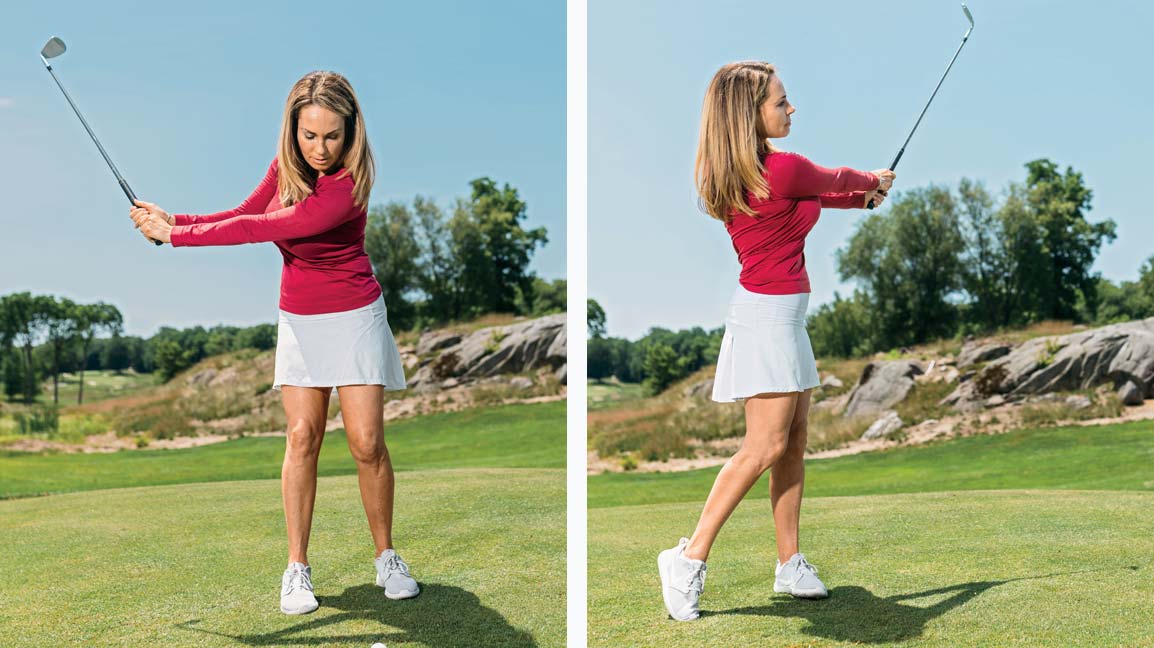 3. Make a full rotation to pure your short shots

From 60 yards and in, you may be hitting a half wedge. But you shouldn’t be hitting it half-heartedly. On these shots, a lot of amateurs grip the club too loosely and flip at the ball with their wrists. It’s an erratic technique that allows the clubface to twist unpredictably at impact— all the more so on shots played from the rough. Though you don’t need a stranglehold on the club, a slightly firmer grip will create more consistent contact. You should be holding the club securely enough that no one could pull it easily from your hands. Similarly, keep your wrists firm on your takeaway, rather than breaking them quickly, and turn your chest and shoulders with your arms. It’s a short shot, but you still need to rotate through it, finishing with your belt buckle pointing toward the target and your arms extended in a mirror of your backswing. —Debbie Doniger 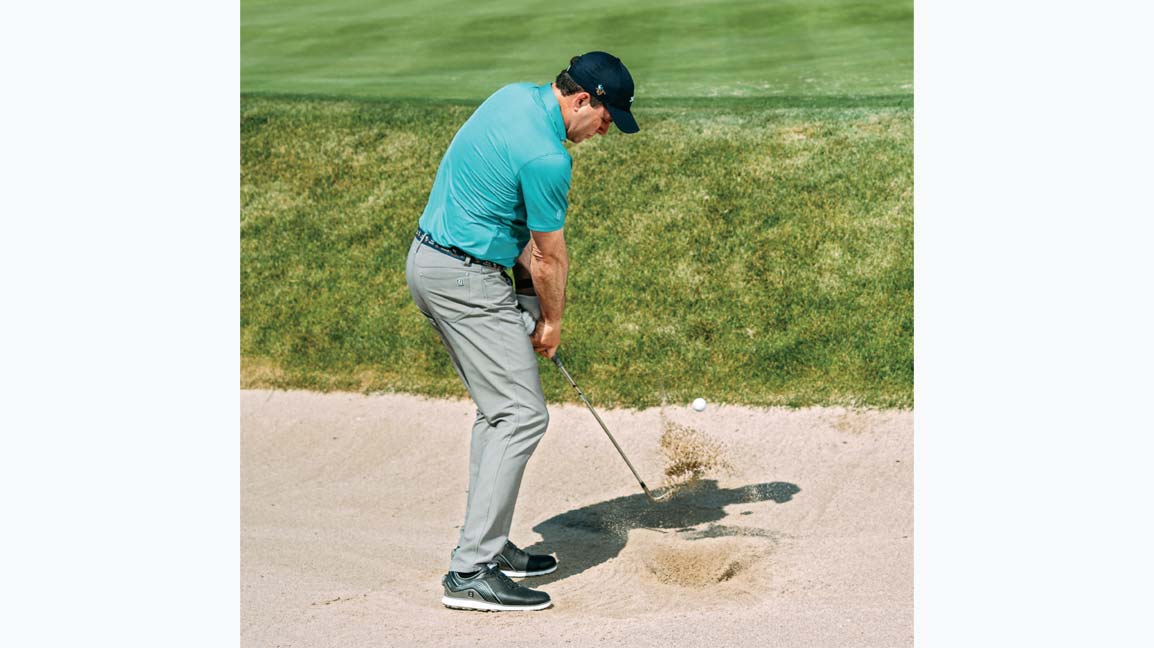 4. Square up your stance from the bunker

Tour pros make it look so easy. But the way they play their sand shots, with the ball far forward and the clubface wide open, requires more clubhead speed than most amateurs can muster. Make it easier on yourself by setting up with your shoulders and clubface square, and the ball slightly forward of center. From here, you’ll need to dig the blade into the sand to gouge the ball out, as if you’re playing from a buried lie. You’ll be less likely to blade it or catch it heavy, and — most important — you’ll be on the green. —Kevin Sprecher 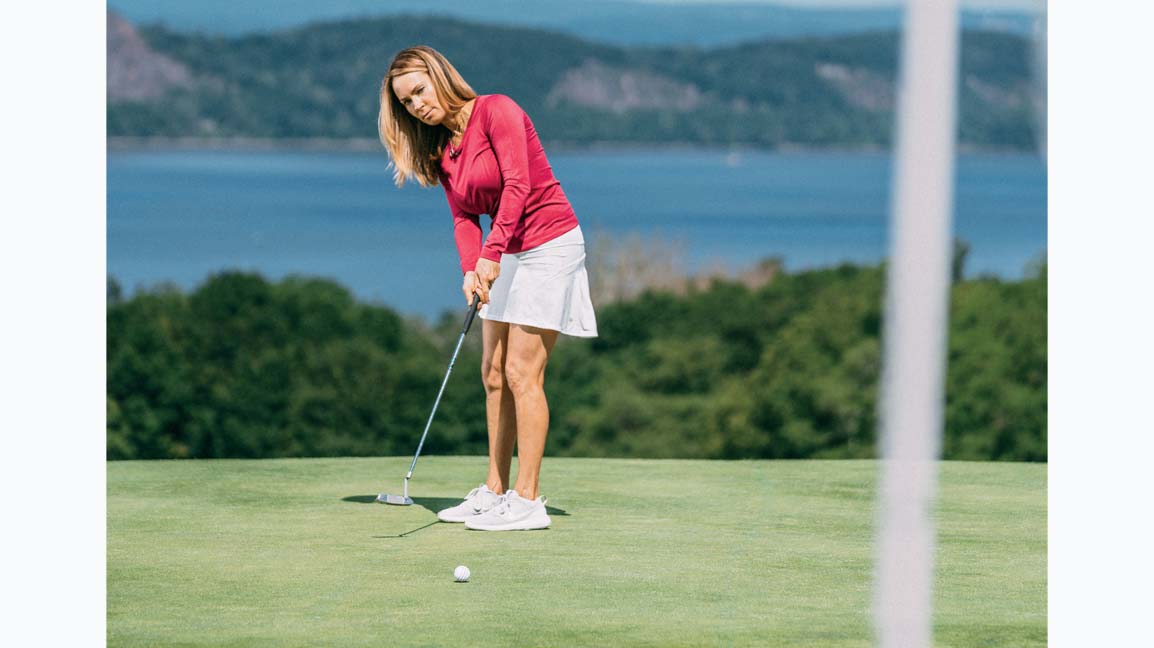 5. Focus on the hole when you’re putting

When it comes to putting, peeking is a problem. If you look up midstroke, good luck getting the right speed and line. Here’s a better way to direct your gaze: Try looking at the hole the entire time. Jordan Spieth has had success with this on short putts. But the approach is great for lag putts, too. Grinding over long putts can cause tension and overthinking, which makes it difficult to dial in distance. Focusing on the cup helps lessen tension in your arms and shoulders. It also frees your mind so that your instincts can take over. You’re relying on feel, instead of getting bogged down in mechanics. —Debbie Doniger