Wall-to-Wall Equipment: Paul Casey details what it’s like to be a gear free agent 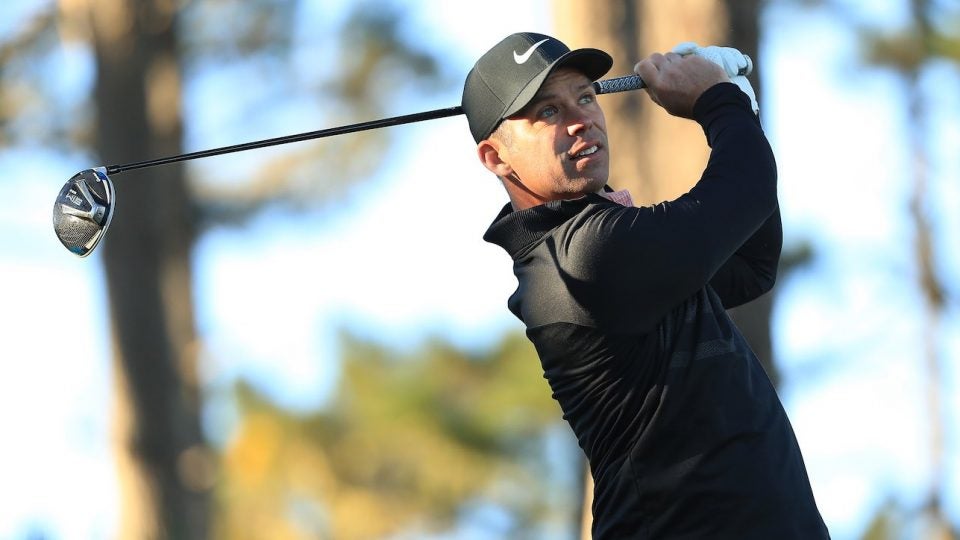 Paul Casey made the transition into TaylorMade’s SIM Max driver official at Pebble Beach. Those who follow gear closely likely perked up at the sight of Casey with something over than the company’s M4 driver in his hands — a club he admitted “won me an awful lot of money,” including back-to-back Valspar Championship title, during a recent one-on-one Instagram chat with TaylorMade Tour rep Chris Trott.

The significance of Casey switching drivers stems from his current status as an equipment free agent. Casey remains one of the highest-profile former Nike equipment staffers — along with Brooks Koepka and Tommy Fleetwood — without a full bag deal. (Casey did say he’s compensated for the Titleist ball and Scotty Cameron putter in his bag.)

The gear freedom has allowed him to play the mixed bag consisting of Mizuno, TaylorMade and Titleist that’s led to two PGA Tour titles in the last two years. It’s a brand combination Casey has used almost exclusively since 2017.

Casey has kept the tinkering to a minimum but admitted he enjoys testing at home. When it comes to the driver change he recently made, Casey said he tried to keep as many variables the same, retaining the same Mitsubishi Chemical Diamana D+ Limited 70TX shaft and Golf Pride Z Grip Cord Midsize grip from his previous M4 driver.

News
PGA Championship 2019: Brooks Koepka doesn’t have an equipment deal. Here’s what it could be worth

“I know within one or two drives whether it’s going to be a good product or not, which is what I instantly saw with the SIM Max,” Casey said. “It was the right trajectory. I don’t need a launch monitor to know if the spin rate is in the right area. Where’s that ball falling? If I can see the ball falling a little right to left, I’m all over it. That’s what I instantly saw.”

Assuming the club passes the initial “sight test,” Casey gets a launch monitor out to take a closer look at the numbers before getting it on the course. At that point, he makes a final call if it’s worth bringing to a tour event.

“[Equipment free agents] are basically great product testers,” Casey said. “We don’t test everything up and down here, but we don’t need to. Word of mouth on tour knows what good product is. And I’ll be honest, there’s probably only three manufacturers whose drivers I would even contemplate using.”

Giving back for Kobe

Justin Thomas’ love and admiration for Kobe Bryant was on display last week at the Waste Management Phoenix Open. Following the event, Thomas confirmed on social media that he was auctioning off his custom Bryant-inspired Titleist Vokey Design wedges, with all proceeds going to the MambaOnThree Fund that was established to support the seven other victims involved in the tragedy.

I’ve partnered with @charitybuzz to auction off my Kobe @VokeyWedges I used during the @wmphxopen. The proceeds will be going to
The MambaOnThree Fund, which exists to honor and support loved ones of the 7 other victims involved in the tragedy that occurred on January 26, 2020. pic.twitter.com/X6BhQdxnjD

At the time of posting, bidding had reached $20,000 for Thomas’ four wedges from the tournament week.

Game improvement irons have become a viable option for elite players who don’t necessarily need the launch and spin characteristics of a hybrid. Even though TaylorMade’s SIM Max was designed with a mid- to high-handicapper in mind, Nick Taylor found the 4-iron, in particular, to be a perfect fit to his current setup — which also consists of P770 (4-5) and P750 (6-PW) — when he returned to the course at the Sony Open in Hawaii.

While the SIM Max long iron may have a “4” stamped on the head, Taylor chose to make some modifications to the build, lengthening the shaft to 2-iron length and weakening the loft from 19 to 21 degrees. TaylorMade Tour reps confirmed Taylor tried the iron at 19 degrees, but it was going too far and affected his loft gaps.

Taylor hits the club “rescue distance” with a controlled iron trajectory and tight dispersion. It was good enough to help him pick up PGA Tour win No. 2 on Sunday at Pebble Beach.

Phil Mickelson prefers to hit bombs with his Callaway Mavrik Sub Zero driver. But thanks to some recent creations from Callaway’s wedge stamp maestro, Anthony Taranto, Mickelson gets constant reminders to keep the pedal to the floor off the tee whenever he looks at his PM Grind wedges. There’s also a reminder that he has “Calves Like Adonis,” which, if you’ve seen Mickelson’s mammoth calves before, is an accurate descriptor. 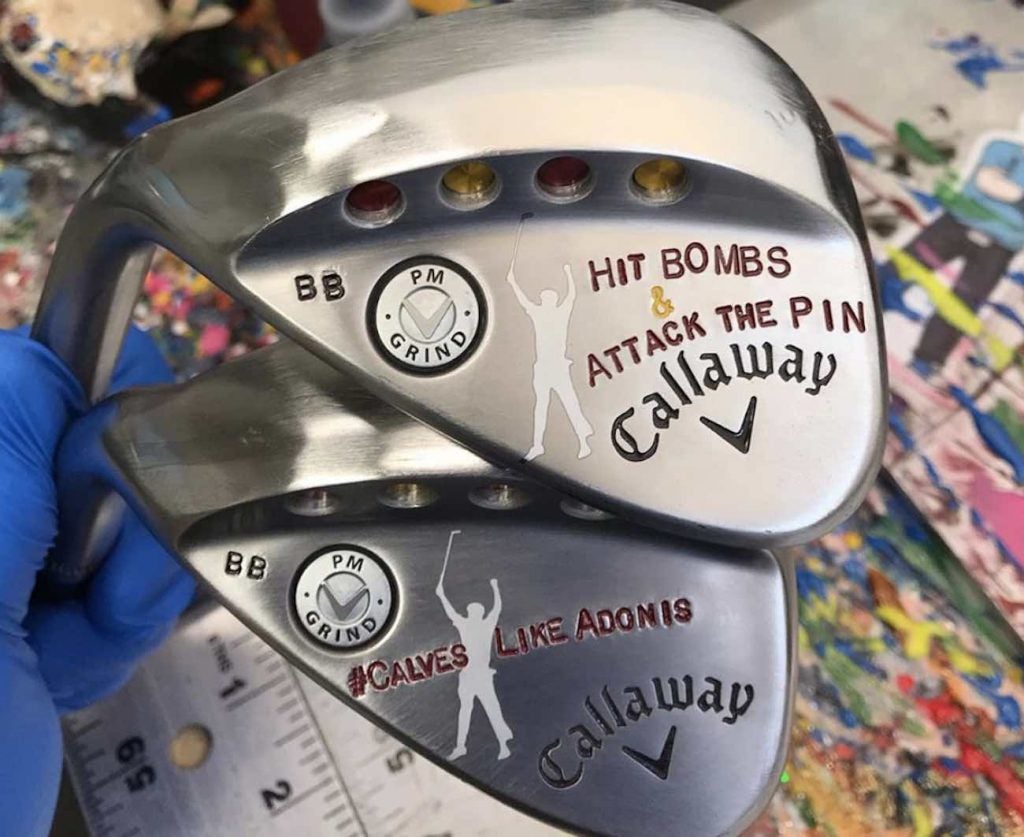 You’ll find it on eBay

In case you missed it, Daniel Berger returned to the TaylorMade MC irons he started using during his days in high school. Those details alone vaulted it up the best gear stories of 2020 list. Then Berger revealed he was already looking for additional sets to stockpile on eBay.

“I’m going to go on eBay and order as many sets as I can and ride ‘em out until I can’t find anymore,” he said.

Daniel Berger is still playing irons that date back to his high school days — and he’s on the hunt for more on eBay. https://t.co/SWj20eAwl1

The thing is, Berger won’t need to worry about spending time on eBay, because he already has would-be sellers reaching out to offer up fresh sets they have laying in their equipment lockers. Based on Berger’s responses, he’s already picked off a few sets from the open market. And just like that, a great gear story turns into an all-timer.

Quick-hitters: Titleist swept every major equipment category for the second straight week on the PGA Tour. … If you haven’t seen in-hand photos of PXG’s new 0811X and 0811X+ prototype drivers, we have you covered. … The story of Rickie Fowler’s “Call Me Maybe” wedge that started the stamping craze on the PGA Tour. … What’s in David Duval’s golf bag these days? We investigated. … Webb Simpson has some strong opinions on the USGA’s new distance report. 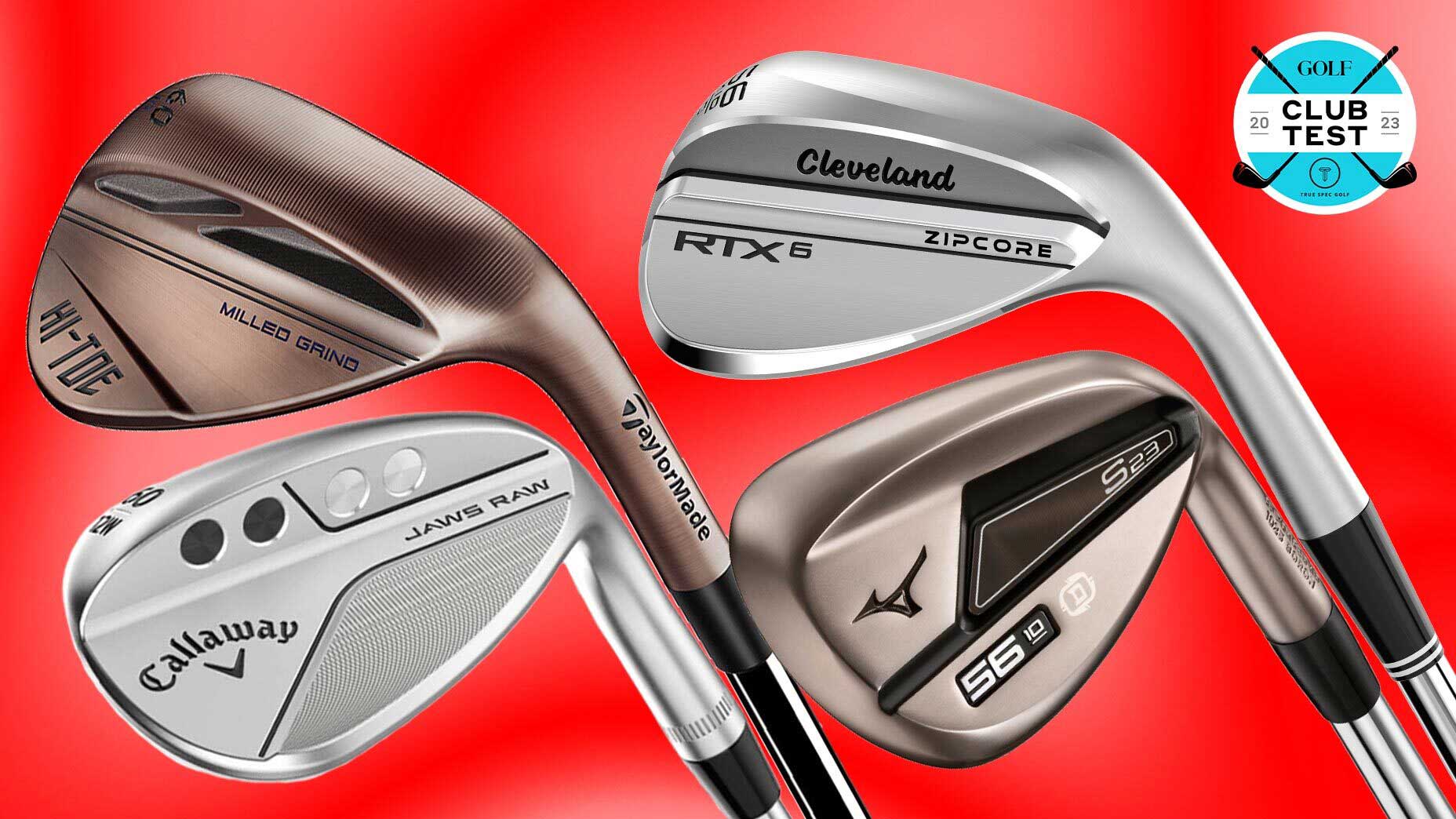 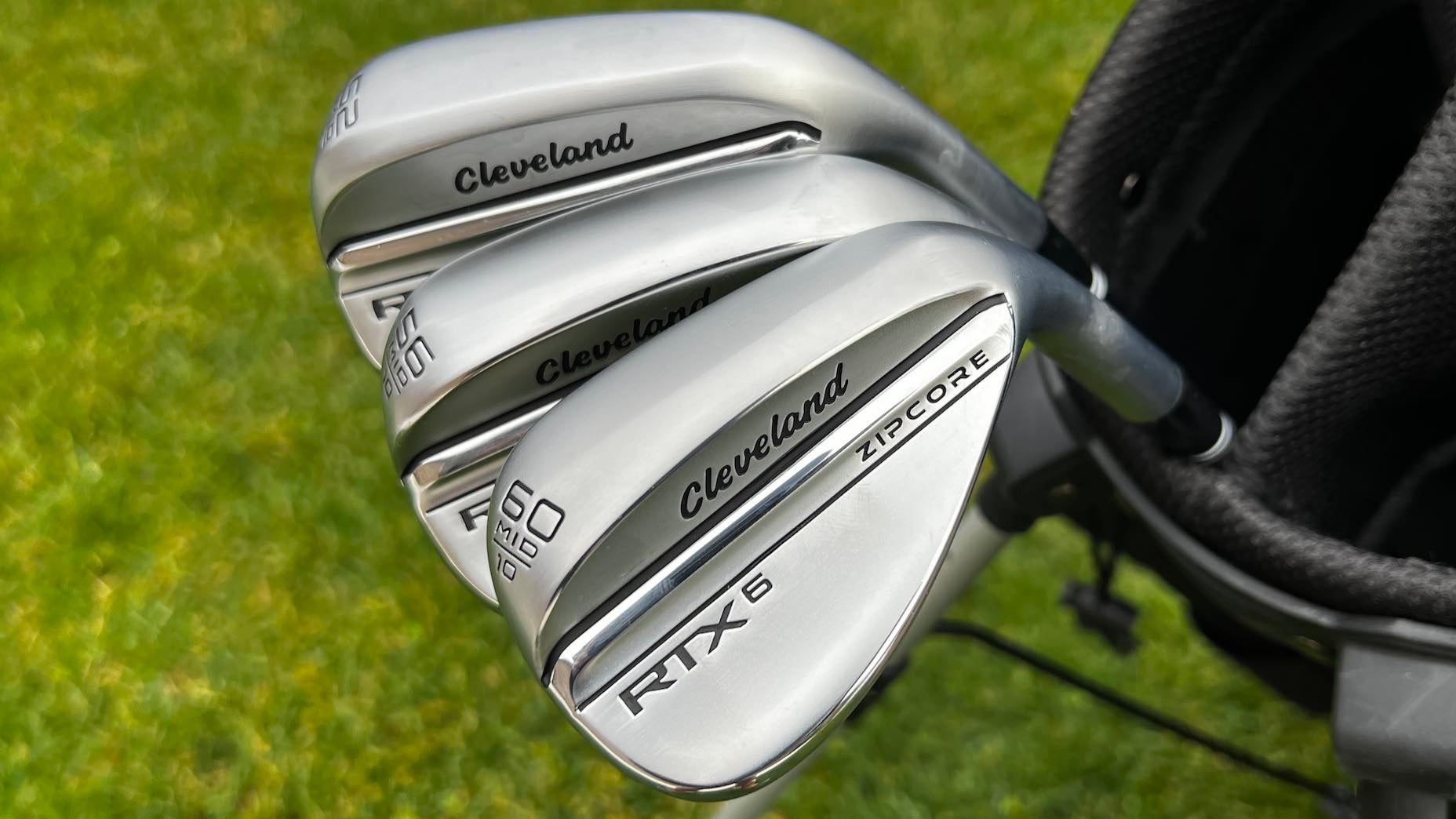 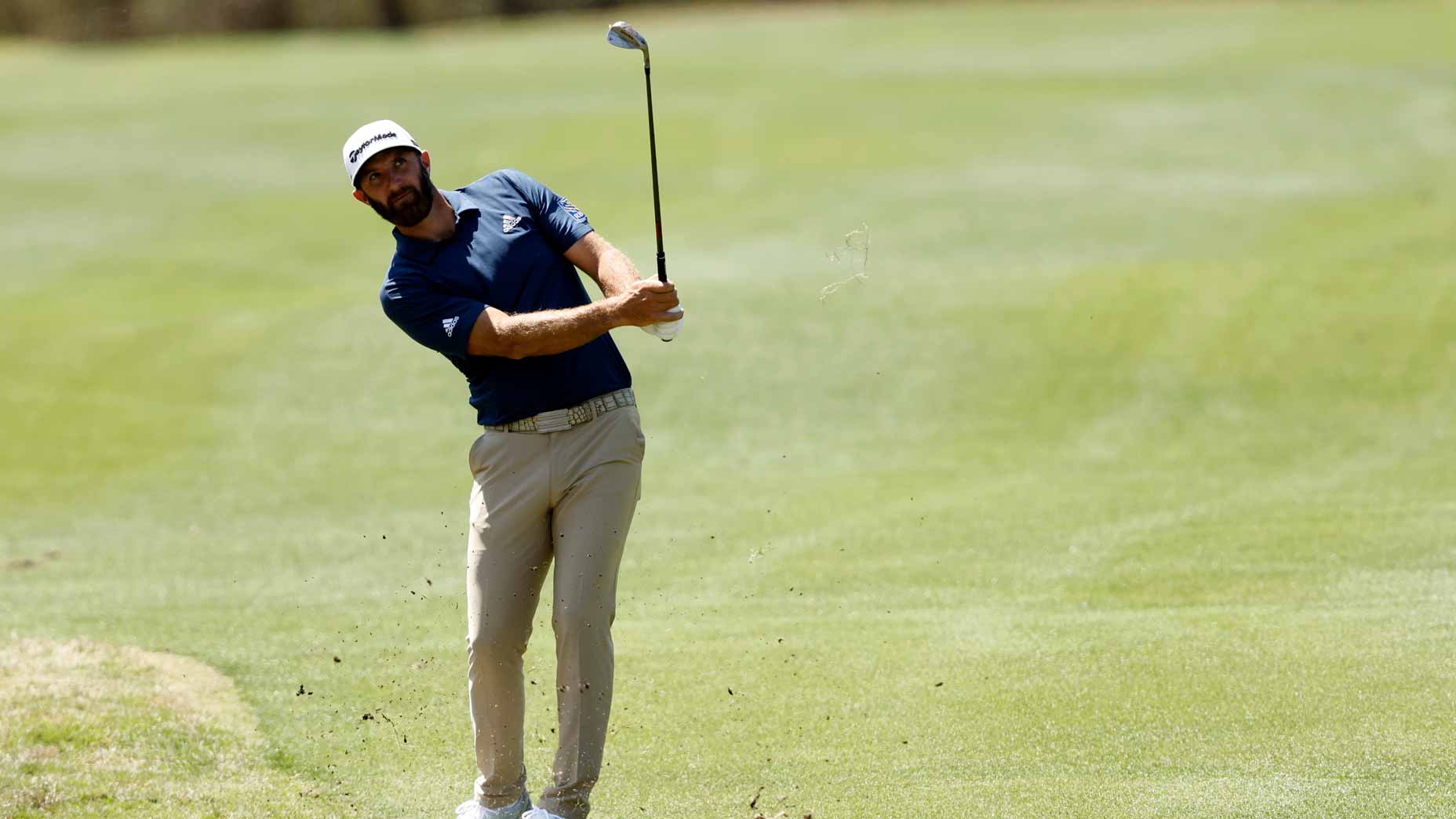