It’s officially official: Tommy Fleetwood is a TaylorMade staffer. One of the most coveted equipment free agents on the market was all but guaranteed to be a member of TaylorMade’s Tour staff after he made an appearance in the yearly Christmas card, but the deal wasn’t formally announced until this week.

“Tommy Fleetwood is a premier golfer, but he’s an even better person,” said David Abeles, TaylorMade’s Chief Executive Officer. “Statements like that get thrown around a lot, but if you ever have the chance to spend time with him, you’ll immediately know it’s true. There’s a warmth, sincerity and wit about Tommy that stands out. He’s the ideal fit for Team TaylorMade as we embark on a journey to become the most people-centric golf brand in the world. We couldn’t be more excited to welcome him to the team.” 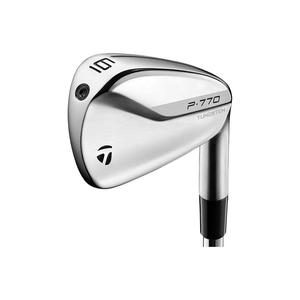 Check out TaylorMade’s latest gear in the Pro Shop

Fleetwood’s signing comes on the heels of two notable changes to TaylorMade’s Tour staff, with Jon Rahm departing for Callaway and Jason Day opting for a brand agnostic setup.

Prior to this year, Fleetwood had embraced equipment free agency going back to Nike’s departure from the hard-goods business at the end of 2016. The world No. 19 used a decidedly mixed setup for the past four years, but TaylorMade always had a presence. Fleetwood started playing the Tiger Woods-designed P7TW before the 15-time major winner, and then switched to a set of TaylorMade blades bearing his initials last season.

“This could be the start of something special,” Fleetwood said. “I have a feeling there are some exciting times ahead, I couldn’t be happier to join Team TaylorMade.”