Yo, Gear Guy! Are spikeless golf shoes really as good as spikes? 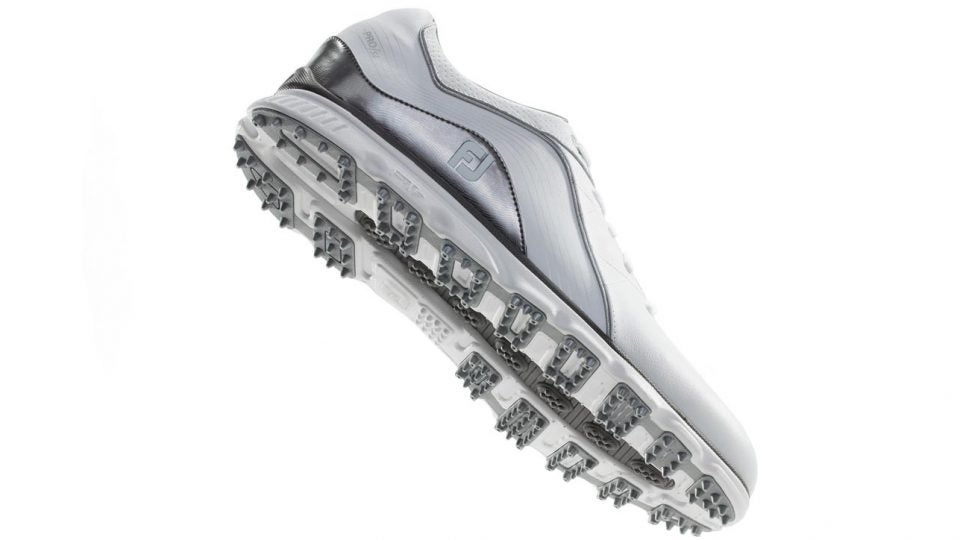 The FootJoy Pro/SL golf shoes are a popular spikeless model on the PGA Tour.
Courtesy of FootJoy

Welcome to another edition of Yo, Gear Guy!, an interactive GOLF.com series in which our resident dimplehead (a.k.a., GOLF’s deputy editor of equipment, Mike Chwasky) fields your hard-hitting questions equipment questions. This week he tackles the performance of spikeless golf shoes, the advantages of face-balanced putters, and trends in reminder grips.

Mpocket55 on Instagram: I’ve been told I need a face-balanced mallet to fit my piston stroke but I prefer a blade look and feel. What should I do?

This dilemma isn’t uncommon as a lot of players have preferences that don’t exactly match a fitter’s advice (not sure if you were “told” by a fitter or a random playing partner, obviously). With longer clubs most folks are more apt to take professional advice because full swing clubs are moving much more quickly than a putter, and the laws of physics make it more obvious what works and what doesn’t. When it comes to putters this is understandably not always the case, but in your specific situation there are a few options, the most clear-cut being to get yourself a face-balanced mallet and try it for a while. Sometimes it takes a few practice sessions and multiple rounds to become accustomed to a new weighting scheme.

The other very simple solution is to get a face-balanced blade –there are plenty of them out there. The easiest way to spot them is to look for a blade with no hosel and a double bend shaft. If you balance any putter on your finger (shaft laying across your index finger is the best way), you’ll quickly see how the clubhead is balanced – if the face points straight up at the sky it’s face balanced, anything else indicates some degree of toe-down balancing). Here are a couple of nice examples from Scotty Cameron and Odyssey.

Putters
Hosels 101: Everything you need to know about hosels and their effect on putter performance

Another issue is feel preference and what you’re used to, which can change over time but doesn’t always. For example, if you’ve been playing a plumber neck hosel (slightly toe down weighting) your entire life, like a Ping Anser or Scotty Cameron Newport, then a face-balanced model might never feel “right,” to you, even if it technically fits your stroke. My advice – experiment with some face balanced blades and mallets and give them a fair chance to perform. If that weighting scheme just never seems to feel or work right, then forget what you’ve been told and stick with what you’re used to. 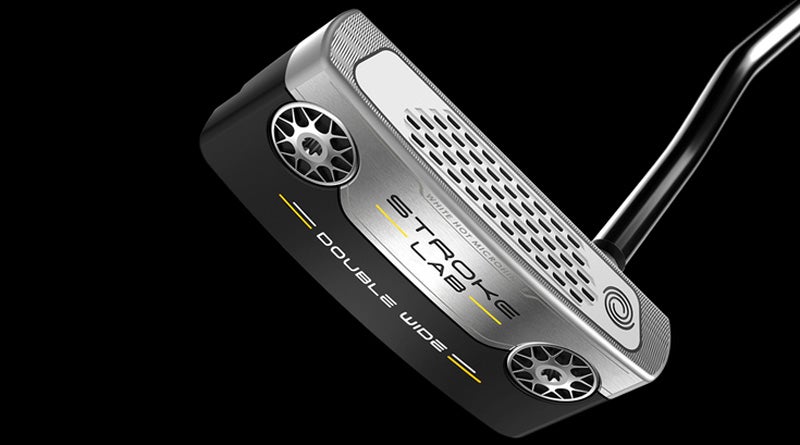 WWilson on Facebook: I’ve always played round grips but the new Golf Pride Align grip looks intriguing. How do I know if a reminder grip is right for me?

Reminder grips, which feature a raised ridge that runs up the back of the grip, have been around forever but lost popularity for a number of years in the U.S. for a variety of reasons. The odd thing about this negative trend in reminder grips (it’s called “reminder” because it tells you where to place your hands on the grip) is I’ve found it hard to find many players who don’t like the way they feel once they try one. Not only do reminders help you put a more consistent hold on your clubs, but for a lot of players they also give a feeling of increased leverage and control of the clubface through impact.

I’ve personally played a round grip (Golf Pride’s Tour Velvet or MMC) for pretty much my entire life but recently switched to the Tour Velvet Align and keep wondering why I didn’t make the switch sooner. What I realized when thinking about it is when I tried reminders once or twice over the years I encountered two problems – they never felt right on my wedges because they’re made to produce a square clubface, which doesn’t always work in wedge play, and some of them were inevitably not installed perfectly straight, which is a major problem for obvious reasons.

So back to the original question – how do you know if a reminder is a good option for your game? The answer is you’ll know when you try one. Take your seven-iron and have a reminder grip, like the Golf Pride Tour Velvet Align, for example, installed correctly (nice and straight) and see how it feels. If you like it then get the rest of your clubs re-gripped except for your wedges, which are really better suited to round grips.

TonyJ15 on Instagram: I know a lot of pros are gaming spikeless shoes but I don’t get it. Do they really provide similar performance as spiked models?

Having grown up caddying at a course where every respectable player wore welted wing tips or saddle shoes with metal spikes (and a few with kilties), I totally understand your skepticism. However, having personally made the switch to spikeless quite awhile ago, I can tell you I’ve experienced absolutely no issues. If anything, I get better overall performance sans spikes due to increased comfort. Though early spikeless models were little more than sneakers with rubber nubs on the bottom, a lot of modern spikeless shoes are actually just as supportive and structured as their spiked counterparts, and as a result a ton of Tour players use them with great success.

Shoes
Should you opt for spiked or spikeless golf shoes? Industry experts weigh in

As you probably know, FootJoy is still the market leader in golf shoes, and more Tour players currently wear the company’s spikeless Pro/SL than any other model, which should tell you all you need to know about spikeless performance. Other spikeless models you’ll see on Tour include the Adidas Tour360 XT, Adidas adipower S 4orged, Puma Ignite NXT Pro, and the Nike Roshe G.

My advice is to get yourself a pair and see how they work. Not only will you probably notice no change in overall performance you’ll no doubt appreciate the convenience of not having to change your shoes before and after your round. 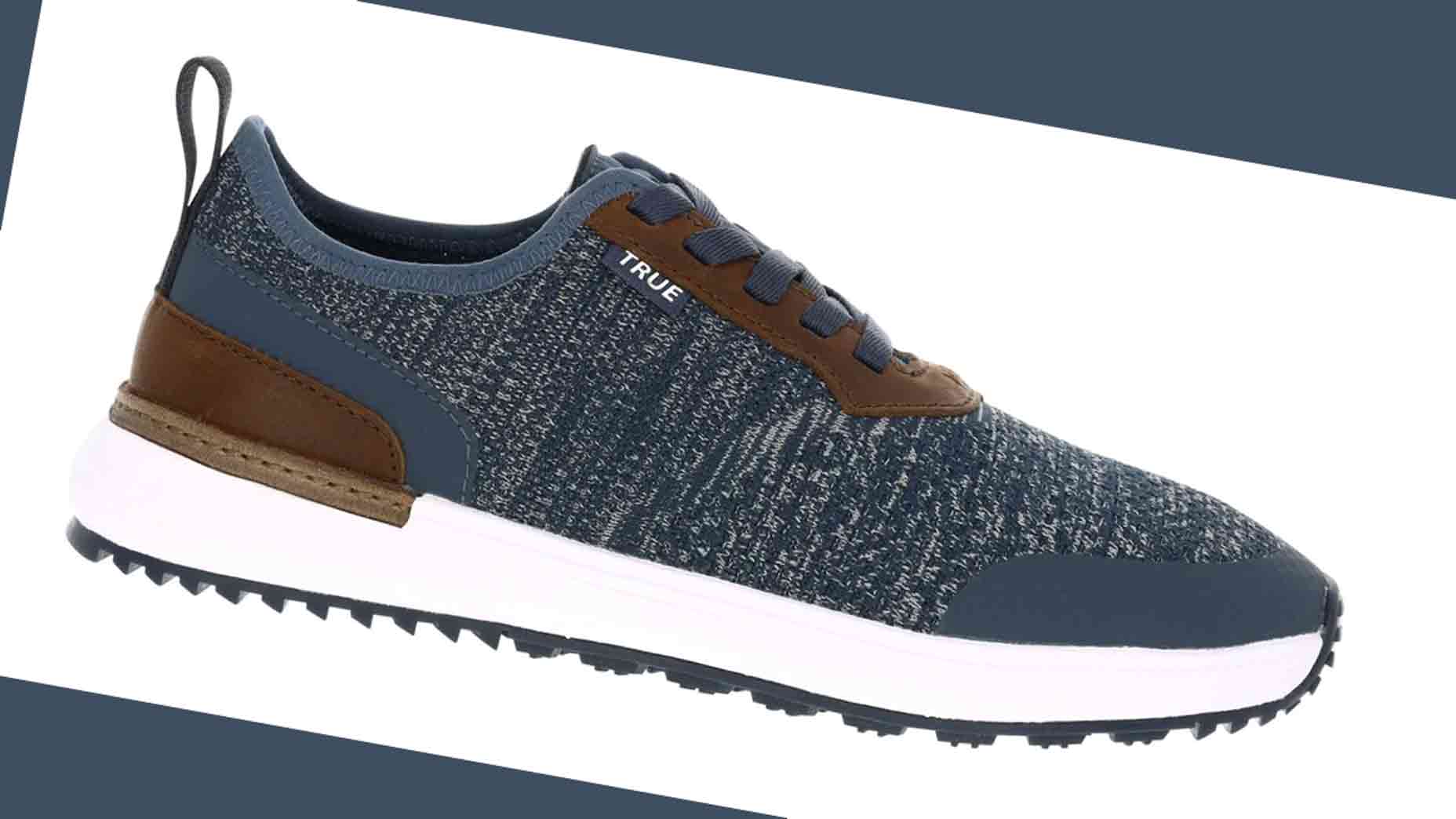 Save up to 50% on golf shoes in GOLF’s Pro Shop: Nike, Puma, Adidas, Callaway… 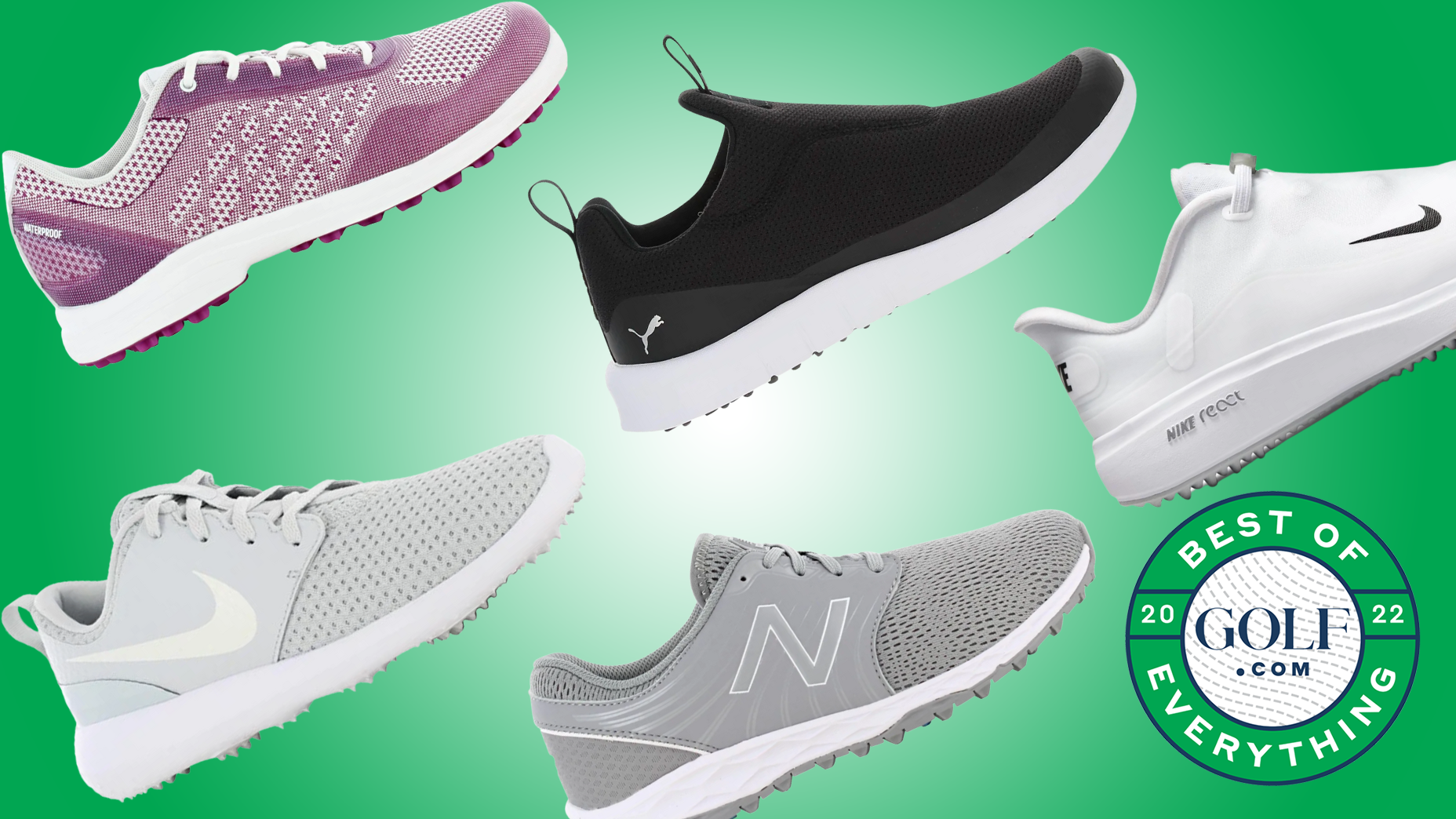 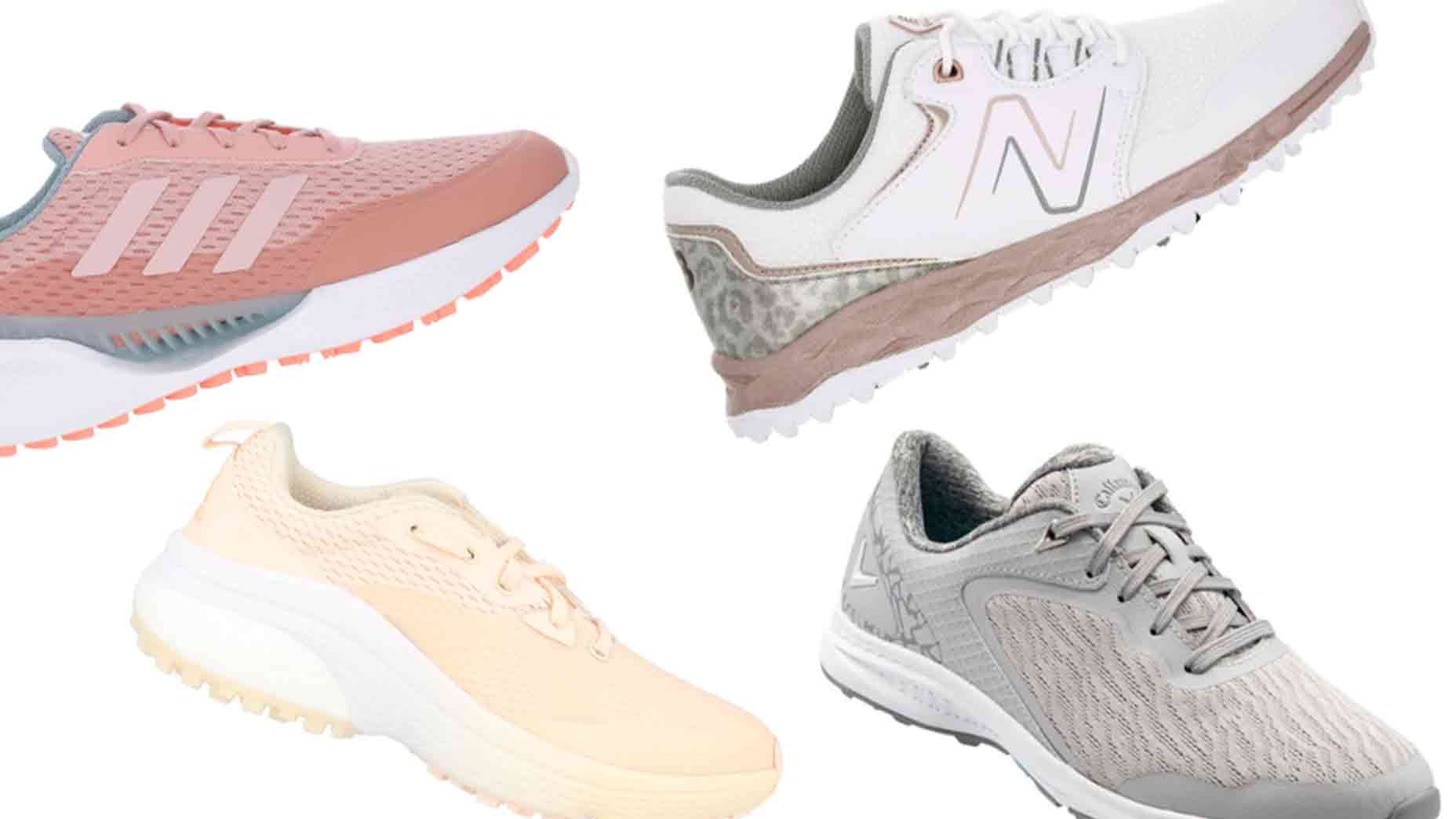 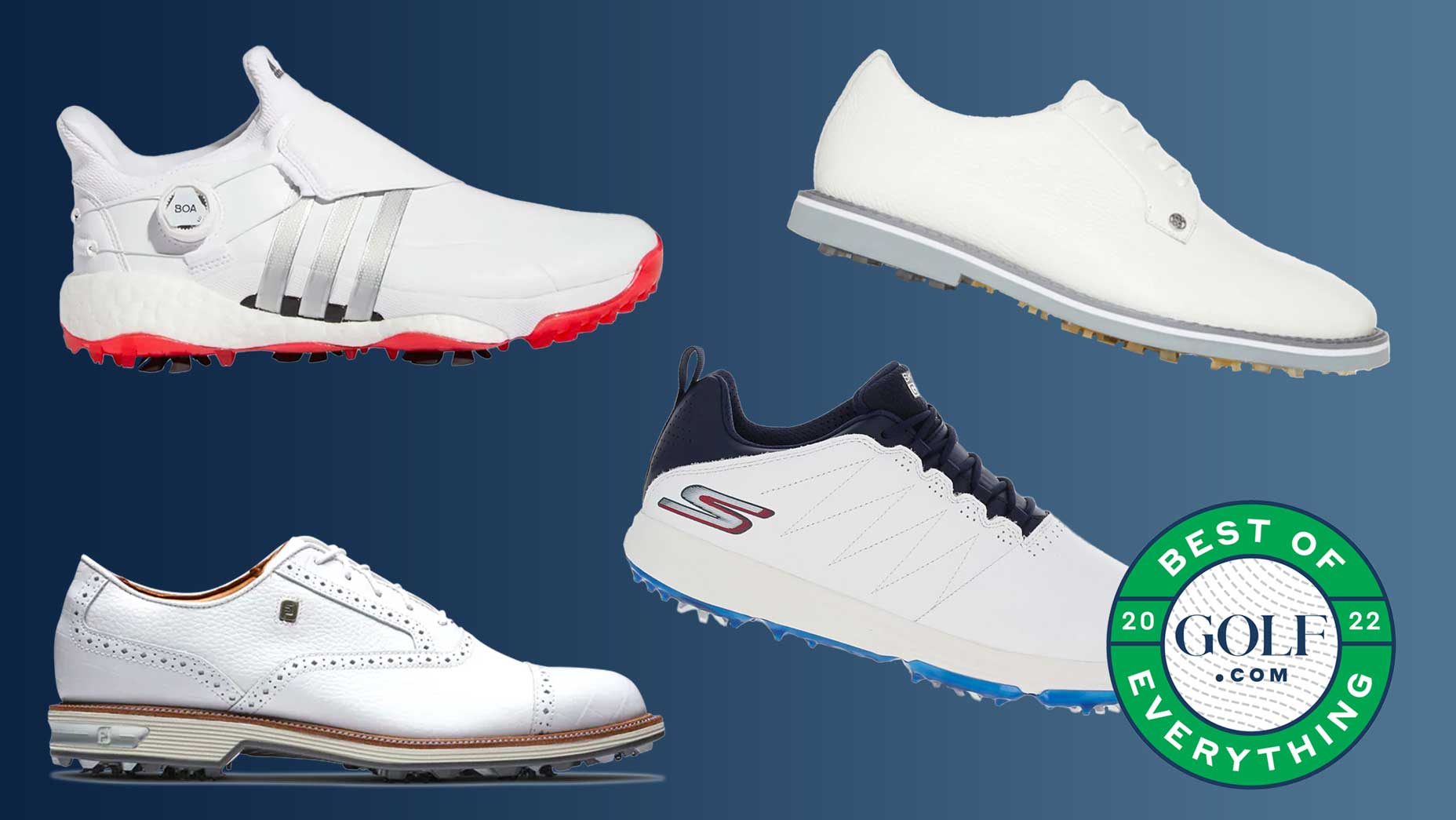