The global pandemic has hugely impacted the golf industry, and it’s left some golf equipment manufacturers in a peculiar position. More people are playing golf, and as such, more people are buying golf equipment. Certainly, that seems like a great thing for companies that thrive on sales, but how do such monumental demands look in reality?

Sales have indeed increased for Ping, but Solheim wasn’t referring to accounting profits; he meant the company employees who showed up, during their weekend, to work on Ping’s production lines.

With demand for its new G425 products through the roof, and without enough production workers to keep up, Ping has taken drastic measures to fulfill retail and custom orders. In a call-to-action, Ping asked all employees at its Phoenix, Ariz. headquarters to volunteer to work overtime, helping physically take club components (club head, weights, shafts, grips, etc.) and build them into fully constructed new clubs. That means everyone from accountants to engineers, even Solheim himself, is getting their hands dirty.

Of course, quality control being paramount, each worker undergoes a training and certification process for each role they perform on the line. Solheim, who says he finds the work therapeutic compared to his presidential duties, relayed that he’s currently trained on “about five or six” roles in the line.

“Everybody rotates … I was using the cut saw early this morning, and now I’m screwing in the back weight,” Solheim said. “But I’ve done lofts and lies. I’ve done the ferrule grinding. I’ve installed Arccos sensors.”

Ping says during normal overtime and weekend shifts, there are only three active production lines. Due to the increase in helpers, though, seven production lines remain fully active, and output is up “about 50 percent” as a result.

“The main issue is just off-the-charts demand,” Solheim says. “I would say we went into it expecting a good launch for the G425, and just as we got closer and closer to it, the demand continued to beat our expectations…now the issue is just getting the people power to put the clubs together. Let’s say the clubs won’t build themselves, so somebody has to do it.” 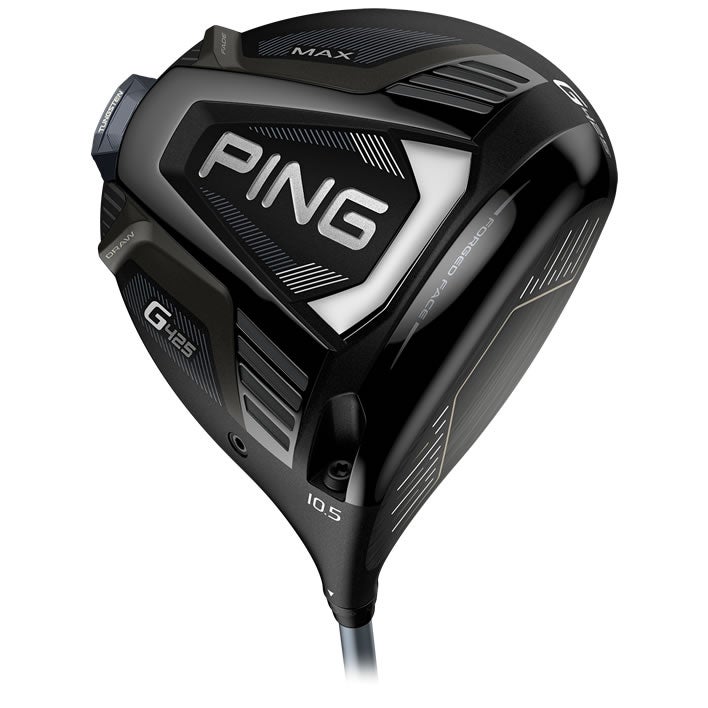 $499
Ping’s new G425 Max driver brings a new level of performance, combining key the technologies from the G400 Max and G410 Plus. The elevated MOI is the highest in Ping’s history
BUY NOW

Equipment sales are up drastically throughout the industry, but Ping is in a slightly different situation than others. Before the G425 products even launched to the public, they were seeing immediate Tour success. With that validation, G425 orders flooded in when the products became available. Solheim estimated that demand is “about double” when comparing the new G425 launch to the 2019 release of Ping’s G410 products.

Adding to the general increase in pandemic-related demand and a highly successful G425 launch, Ping also experienced a bit of misfortune when transporting a portion of its inventory from overseas.

As Solheim explained, there was recently a cargo ship that hit rough seas, and 1,900 containers fell into the ocean. He says “four or five” of those containers, which have been recovered, were carrying Ping products. One container held damaged Ping bag products, while the others contained Ping club products. Solheim says the club products that fell into the water are accounted for and will eventually arrive.

“The nice thing is, eventually we’ll get those parts, just not as soon as we wanted,” Solheim said. “We already assumed it was lost and we reordered.”

Although the spill has caused delivery delays of about “2-3 months,” Solheim says Ping has “more inventory than we’ve ever had.” So, despite the accident, inventory is no issue; the problem is simply building the clubs.

“We’re trying to up our numbers, our daily output, to probably 50 percent higher than we’ve ever had it before,” Solheim says. “If we do hit that, we’ll be able to run ourselves out of inventory. Then we’ll be able to quickly respond when we do get parts in to get it back out to the customer.”

In the meantime, until Ping is caught up, Solheim and other volunteers plan on working overtime and weekend shifts to help the production staff. How long will that take?

“There’s no cutoff date,” Solheim said. “Everything is already behind, so it’s a matter of trying to catch up. I would say the launch, we’re going to do good with the launch, giving all our retailers the inventory they wanted to sell, but they don’t really know there’s a whole wave of customer orders already coming in, and we’re doing everything we can to keep up with demand.”

Curious why Ping isn’t just hiring more employees to help? Well, they are. In the “careers” section on Ping’s website, prospective employees can fill out an application. Despite worker increase, Solheim says all necessary precautions have been taken to prevent spread of Covid-19, including rearranging production lines for social distancing, regular cleaning, checking temperatures at the door, and abiding to all CDC guidelines.

As Solheim has found out, though, one of the biggest obstacles is actually having the stamina to last through a full shift.

“This is a 6-hour shift, which is great,” Solheim said on Saturday morning. “Put me in here 8 hours, and I’ve done it a couple times, you start seeing sideways. But you build up endurance.”

Physical endurance isn’t usually a requirement for a company president and his executives, but that is Ping’s reality for the foreseeable future.