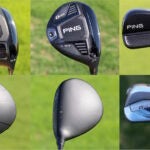 Ping has officially launched its new G425 family of products.

After months of winning success in the professional ranks, Ping has officially announced the release of its new G425 family of products.

Despite the early success of G425, Ping wasn’t discussing details on the new technologies just yet. Now that the products have officially launched to the public, though, we know the whole story.

Below, we dive deeper into everything else you need to know about the new Ping G425 lineup.

Ping drivers are best known for their forgiveness, and the company is continuing its charge in that direction. The G425 Max driver, as Ping reports, has the highest MOI (moment of inertia) of any driver in the company’s history.

Ping was able to accomplish the increase in forgiveness by combining successful designs from its previous G400 Max and G410 Plus model drivers. According to Ping, it combined the movable CG (center of gravity) weight technology from the G410 plus, and the head size of the G400 Max; the G410 Plus measured only 455cc, while the G400 Max, and the new G425 Max, measure 460cc.

The movable back weight of the G425 Max driver has beefed up, too. It’s now made of tungsten and measures 26-grams, and can shift between neutral, draw and fade locations. The added weight helps shift CG more toward the back portion of the head in all positions to increase ball speeds and launch on off-center hits.

Ping’s G425 LST model is popular among Tour players and high-speed golfers due to its more compact head shape and lower-flight capabilities. At 445cc, the G425 LST model has a back weight that weighs only 17 grams, compared to the 26-gram weight in the G425 Max model. The combination of a smaller shape and the lighter back weight leads to 500-700 rpm lower spin compared to the Max option, according to Ping.

For golfers who struggle with a slice, Ping’s G425 SFT is designed with a draw-bias to help minimize your miss. The SFT head is built with 23-gram tungsten back weight that moves CG toward the heel; Ping says this design creates approximately 25 yards of draw bias compared to its G425 Max model.

While Ping has three different driver options, all of the drivers have a few common technologies. Most noticeably, the crowns feature Ping’s familiar turbulators – those little protrusions on the crown – that help reduce aerodynamic drag as the club moves through your downswing to increase club head speed. For better feel and ball speed, the G425 drivers have T9S+ forged faces, and the internal rib structure of the T-8-1-1 bodies has improved sound, according to Ping. During our recent 2021 ClubTest player testing, testers repeatedly commented on the deeper sound.

(Tune into the head-to-head testing video below to watch us hit Ping’s new G425 drivers against their previous iterations!)

Ping’s new G425 drivers will sell for $540 each and come with a variety of stock shaft options. Each of the heads come with an 8-position hosel adapter for loft (+/- 1.5 degrees) and lie angle (up to 3 degrees flatter).

The first thing you may notice about the G425 fairway woods is that there are no turbulators on the crown. That’s because Ping has added its Facewrap Technology to the heads to increase speed. The new faces are made from maraging steel, and they extend into the crown and sole to increasing flexing.

To replace the aim assistance that the turbulators used to provide in previous iterations, Ping has added a three-dot alignment aid on both the G425 fairways and the G425 hybrids.

Looks aside, the faces of the fairways and hybrids have increased curvature to help reduce spin and increase ball speed on shots hit low on the face. This design helps golfers who use these clubs to hit from the turf and tend to catch the ball thin.

The fairways and hybrids also have a tungsten sole weight that’s placed strategically to add forgiveness to the heads by increasing MOI.

Ping’s G425 Crossover looks like a long iron and acts more like a hybrid. But really, it’s neither. That’s why Ping calls it a Crossover. As with previous iterations of this club, the new G425 Crossover is designed as a long-iron replacement that provides faster ball speeds and more height than a traditional long iron.

The thin faces and internal geometries of the G425 Crossovers are designed to increase speed, and added toe and hosel weight helps increase forgiveness. The result is a club that’s built for forgiving performance from an iron shape, with a stealth hyrdopearl finish that repels moisture.

Ping has a variety of different iron options, such as the Blueprint, iBlade and i210. Those irons are great for better ball strikers, but some golfers need a bit more forgiveness and distance. Ping’s new G425 irons, which replace the previous G410, are for that player who needs a bit of assistance.

While Ping has reduced the profile sizes of its new G425 irons compared to previous models, the company has actually boosted forgiveness. To increase ball speed and height on its new G425 irons, Ping utilized a face design from its metalwoods. Unlike its predecessors, the new G425 irons now use variable face thickness (VFT) to increase speed on shots hit off center. This helps minimize the negative effects for golfers who commonly miss the center of the face. For Ping engineers, the weight savings from the new face design allowed them to increase weight in the toe and hosel sections to enhance forgiveness.

Additionally, the G425 irons have a water-repelling hydropearl finish and are built with a multi-material badge in their cavities to dampen sound and feel.

Ping’s G425 irons (4-9, PW, GW, SW and LW) will sell for $137.50 each with steel shafts and $150 each with graphite shafts, and they’re available in three different loft packages: standard, Power Spec (stronger lofts) or Retro Spec.

Want to overhaul your own bag for 2021? Visit the expert fitters at our sister company, True Spec Golf. For more on the latest gear news and information, tune into our recent Fully Equipped podcast by clicking on the Spotify embed below!