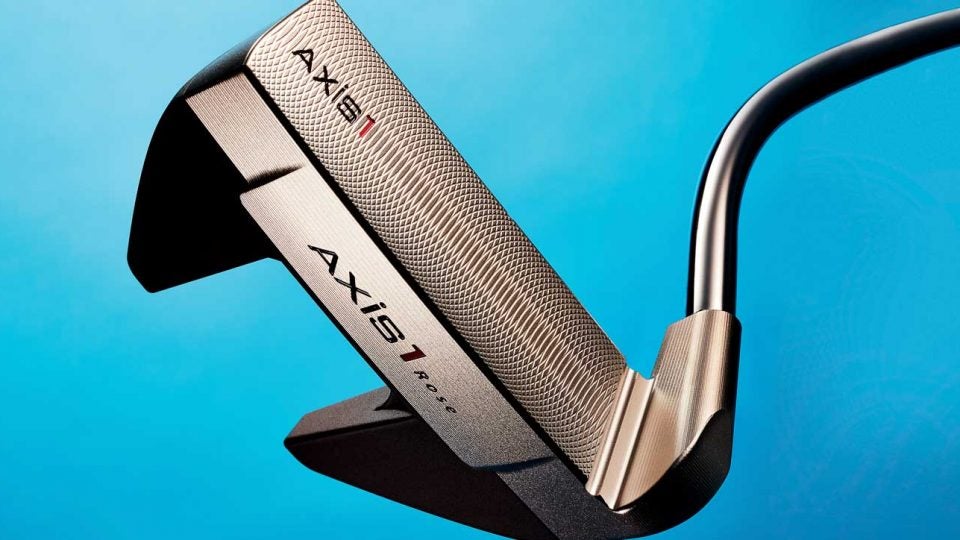 From 2012 to 2017, Justin Rose was a below-average putter on Tour, never ranking higher than 100th in Strokes Gained: Putting. Yet he still managed to win a major title and Olympic gold, mostly with elite ballstriking.

Recognizing that a strong putter could take him to even higher heights, Rose put in the time to perfect his setup and stroke in the run-up to the 2018 season. The time and effort resulted in him moving from 122nd to 21st in Strokes Gained: Putting. Rose was rocketing in the right direction.

Putting
Justin Rose: This is how ‘the claw’ grip simplified my putting stroke

So what did Rose do for an encore in 2019? He switched to an Axis1 Rose Proto putter. Skeptics immediately questioned if the 39-year-old was making the right choice, choosing a relative unknown manufacturer at a time when his putting was turning the corner. What few realized was Rose already had a handle on the complexities of Axis1’s technology—and a relationship with the manufacturer dating back to 2016.

“I’d been wanting to use [Axis1] for a couple of years, but hadn’t been able to,” said Rose, who also signed an equipment deal with Honma in 2019. “That was a big part of my decision and why I changed equipment.” 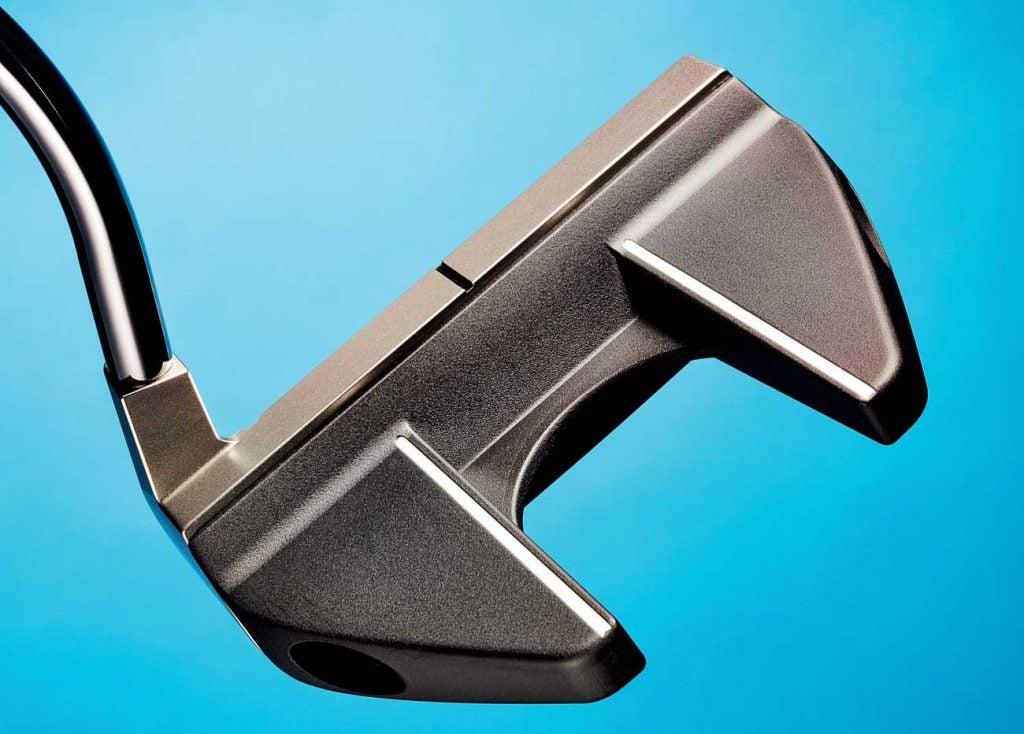 A view of the Axis1 Rose Proto putter from the back.
Jeffrey Westbrook

With established equipment manufacturers leaving little room for smaller brands to get noticed on Tour, Axis1 founder Luis Pedraza — an industrial designer with over 20 patents, including a three-dimensional computer mouse used to control the Mars Rover — decided to take a chance at the Pebble Beach Pro-Am in 2016.

As Rose walked past him on the putting green, he blurted out, “Do you want to see something you’ve never seen before?” Rose chuckled before turning to give Pedraza his attention.

“I was shocked that he stopped and started talking to me,” Pedraza said, “picked up one of our putters and went on to explain the physics. He instantly got it. I felt like I was standing there talking with someone who had been studying putters.”

Rose was intrigued by the head design and how it placed the center of gravity directly on the center of the face and aligned with the axis of the shaft to keep the face square at impact. In layman’s terms, Axis1’s technology mitigates misses and increases directional consistency.

“It wants to remain square to the plane in which you’re putting all the time,” Rose said. “A face-balanced putter doesn’t always mean that it wants to stay square, right? When you hold it, the face points to the sky. We don’t putt to the sky. We putt with the shaft in a different plane to that. The technology piqued my interest.”

Over the next three years, Rose kept in contact with Pedraza and Phil Long, Axis1’s vice president. But with a TaylorMade deal already in place, he never used the product in competition, outside of a brief run during the 2017 Dell Technologies Championship.

When Rose’s TaylorMade contract expired at the end of 2018, he asked Pedraza to develop a putter to his specifications. Three full iterations were made, but none of them seemed to give Rose the sensation he was looking for.

“When he set the putter down, he wanted it to feel like he was a marksman looking through the crosshairs of the scope,” Pedraza said. “He just didn’t feel like we were there.” 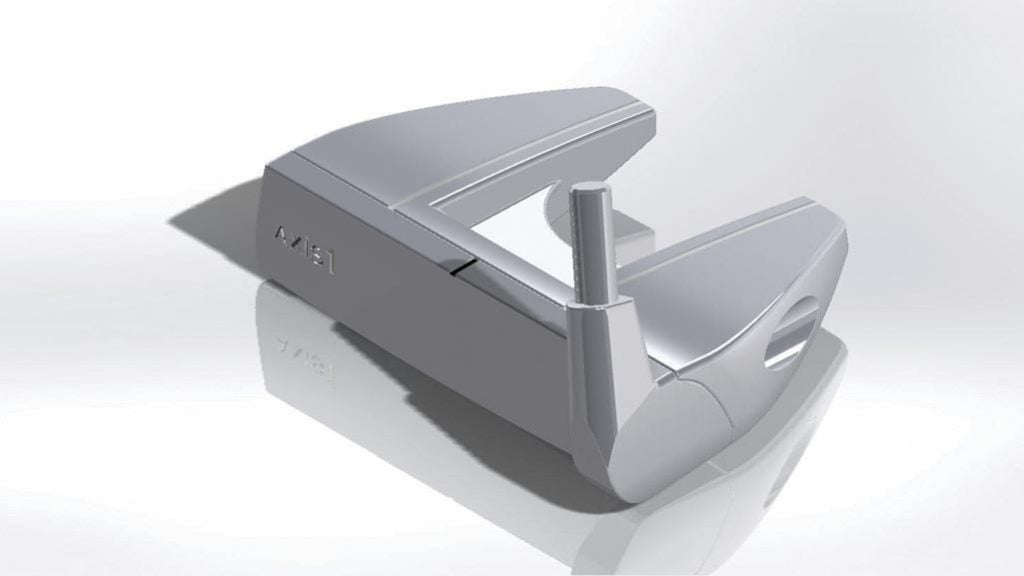 During the creation process of Justin Rose's putter, Axis1 utilized computer-aided design to get the shaping and look just right.
Courtesy of Axis1

With the 2019 Desert Classic in Palm Springs looming, Pedraza figured one last-ditch effort remained to get it right. Two tweaks were made to the head, the most important being a draft angle reduction to get the sole flush with the ground at address. A sight line was also added to each carbon-fiber wing—fastened to a 303 stainless-steel face—to improve alignment.

Sweating bullets and unsure how Rose would react to the new design, Pedraza handed the creation over and watched the former U.S. Open champ drain a handful of putts just days before the tournament. They were close.

Rose put the putter through its paces before coming to the final hurdle—a test in which he paces off a 10- to 15-foot putt, places a tee where he thinks it breaks, and then aims the putter face at the tee. From there, a laser is positioned on the tee to verify that it lines up with the center of the face at address.

“He was splitting the tee in half with the laser,” Pedraza said. “It was incredible. And these weren’t easy putts he was trying to read.”

Suddenly everyone was smiling.

Tournaments
‘That was for you, mate’: Justin Rose dedicates win to recovering caddie

The test in Palm Springs was a harbinger of things to come for Rose and Axis1. Two weeks after Rose green-lit the putter, he hoisted the trophy at Torrey Pines and gave Pedraza’s company a callout in his post-round presser.

“It felt like the floodgates opened at that point,” Long said. “Traffic on the site was spiking and you could see the putter gaining traction.”

At the same time Axis1 was seeing a spike in interest from consumers, Rose was enjoying a spike of his own on the greens that continued throughout the 2018–19 season. 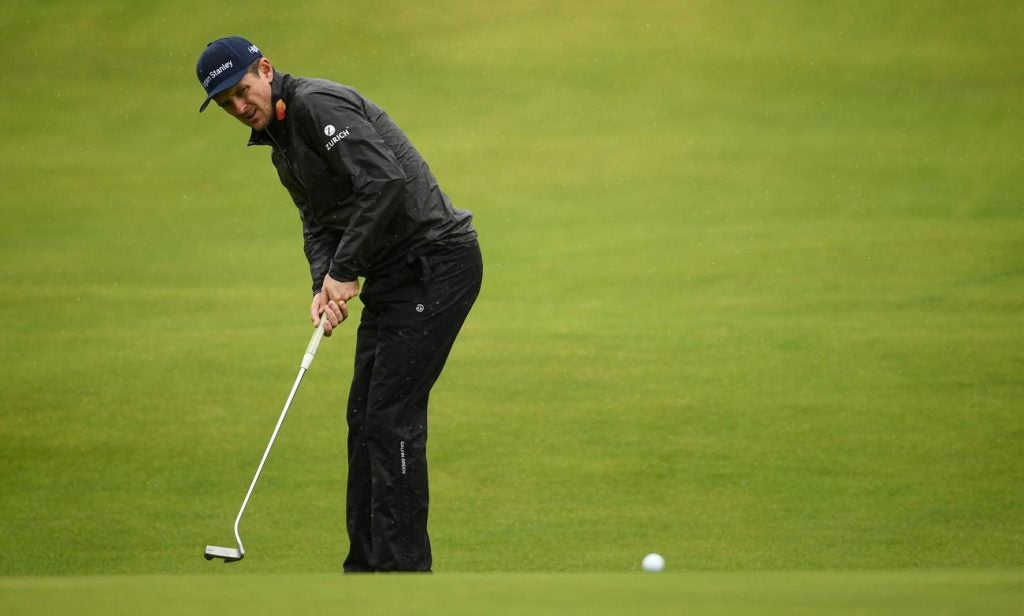 Fresh off the best putting performance of his career, Rose improved in every statistical category on the greens, jumping from 43rd to 3rd in one-putt percentage and 73rd to 8th in three-putt avoidance. He even improved four spots in Strokes Gained: Putting, finishing the season 17th on Tour.

Justin Rose was officially a “marksman”—from the fairway and on the greens.

Rose’s putting results not only validated his decision to change putters last season, it also legitimized the work Pedraza and Long had put in over the years, going from one Tour event to the next, hoping to catch the attention of a marquee player.

“We’re just trying to keep up with the demand,” Pedraza said. “There’s a lot of skeptics out there, but I think we’ve proven a smaller company like Axis1 can shake things up. Along with our technology, Justin helped make it possible.”

With the axis1, his stats are…rosier

Justin Rose has made only two adjustments to the Axis1 putter since the beginning of the year, shedding head weight (383g to 355g) and shortening the blade length to match his look and feel preferences. They’re the same specs you’ll find on the Axis1 Rose ($449), topped off with a Lamkin Deep Etched paddle grip.