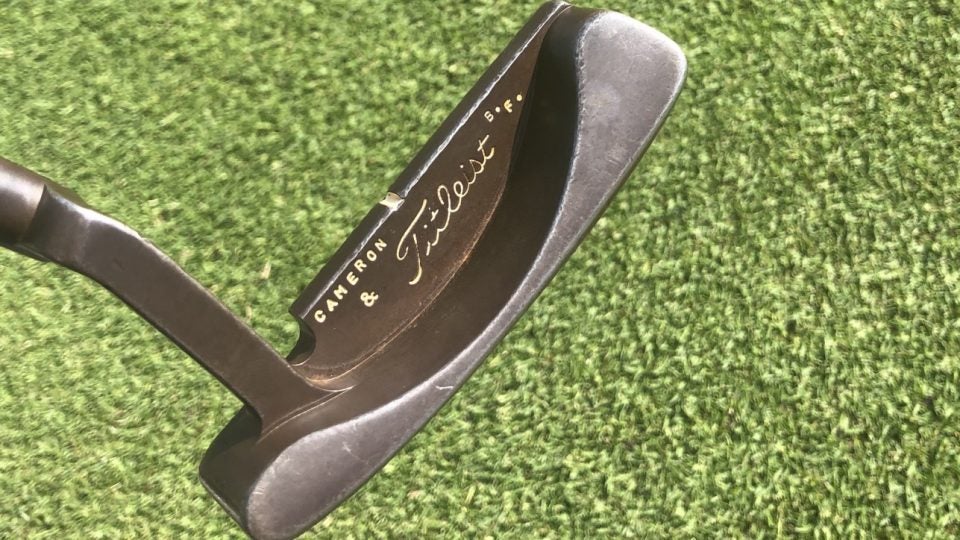 Brad Faxon doesn’t remember exactly how many years he’s been using a Scotty Cameron FaxDay putter. The specifics don’t matter in this case. What does matter is this: One of the greatest putters in golf history has been wielding the same well-worn wand for more than two decades. Let that sink in for a moment.

In an era where professionals ditch a putter the second it misbehaves, the eight-time PGA Tour winner and his FaxDay have stuck it out through good times and bad. Faxon can count on one hand the number of times he’s changed putters over the course of his career, and when he did entertain something different, it only took a round or two before he reunited with his trusty putter.

There’s a reason why Faxon has been adverse to change over his career. Known as one of the deadliest putters in golf — his 1.704 putts per green in regulation average during the 2000 season is the best ever recorded on Tour  — Faxon never felt the need to constantly tinker. That includes his specs, which remain the same going all the way back to when he first started using the putter in the late ’90s.

“I’ve never changed the specifications. It’s always been 35.5 inches [in length],” Faxon said during a recent interview on GOLF’s Fully Equipped podcast. “I’ve used the same style of grip that slides over the shaft. I grip it the same way. My putter has always been D7 on the swing weight scale. It’s always had a bit of lead tape on the bottom.”

Faxon’s flatstick was based on a Ping MyDay he used prior to Scotty Cameron joining Titleist in 1994. It was around that time the putter designer started working with Faxon on a version of the MyDay — they went through multiple iterations — which was eventually named the FaxDay.

Faxon’s putter has a thinner topline and isn’t nearly as wide (front to back) when compared to a retail Laguna, Cameron’s rendition of the MyDay. To give it a louder sound, a section of the cavity was dug out to amplify the noise. The putter also has a stiffer shaft to reduce the amount of flex during the stroke.

“The more I used it, the more I was able to tell the difference between a good putt and a bad putt,” Faxon said. “I told myself, I’m never going to blame my equipment on the greens.” 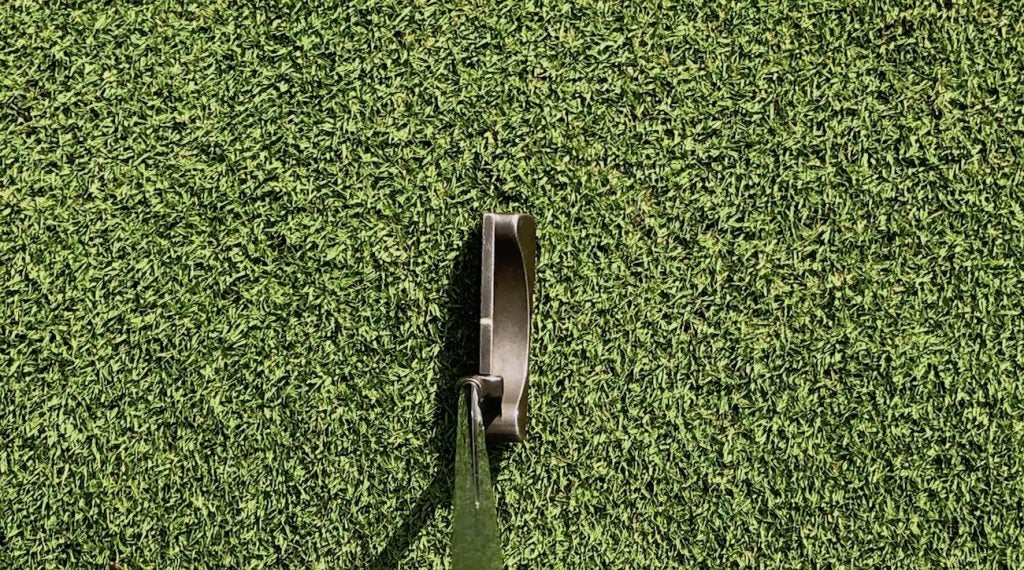 A view of Faxon's FaxDay from the address position.
Brad Faxon

Faxon’s connection to the FaxDay led Cameron to build several backup versions of the putter, in the event he needed a fresh look on the greens. To tell the putters apart, Cameron stamped a “G” (for “gamer”) on Faxon’s usual putter, and “B1” and “B2” on the two backups.

“[The backups] are similar but not the same,” said Faxon. “So when I see my backups, it’s still not exactly what I’m used to seeing.”

But the backups are still important to Faxon — at least they were until one of them was swiped back in the early 2000s. Faxon isn’t quite sure how the heist went down, but his “B1” backup mysteriously went missing from his house at one point.

It’s worth pointing out this wasn’t the first time Faxon had his putter stolen. In 1994, when he was first out on Tour and living in Orlando, Fla., someone ran off with the Titleist Bullseye putter in his bag. It was never recovered. Now the situation was playing out all over again with another putter.

“I don’t know how it got stolen,” Faxon said. “I don’t know if it was out of my house. And I never took my real putter to a corporate event because I didn’t want it to get stolen. Cameron’s are collectibles.”

Faxon was working with instructor Ron Gring at the time and lamented the missing putter during one of their sessions. Hoping to help his pupil out, Gring did some digging on the web and happened to find Faxon’s backup listed on eBay’s online auction site — for $9,990.

Gring reached out to the seller under the guise of a prospective buyer hoping to score a one-of-a-kind Camron Tour putter. But the moment the seller sensed Gring had a connection to Faxon, he ceased communication and ended the auction. The putter hasn’t been seen since.

Given Faxon’s unfortunate luck with putters over the years, he’s thankful it wasn’t the trusty gamer. If that ever wound up being the case, there’s a good chance he’d go full-on Liam Neeson in Taken to get it back.

You can hear Part 1 of Faxon’s interview in the podcast below, along with Jonathan and Tim’s takes on non-conforming drivers hitting the PGA Tour, Bryson DeChambeau’s graphite wedge shafts and much more. 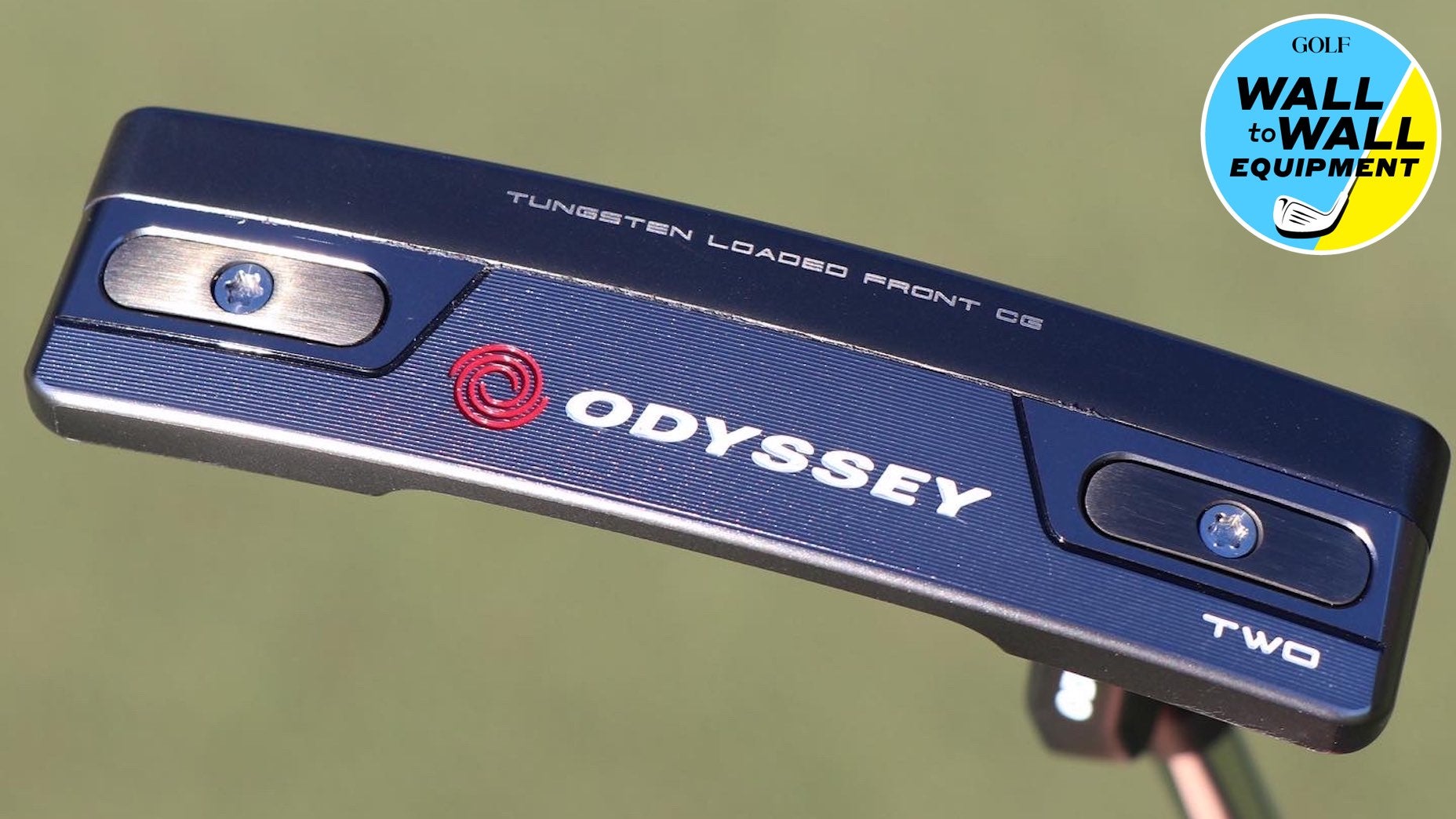 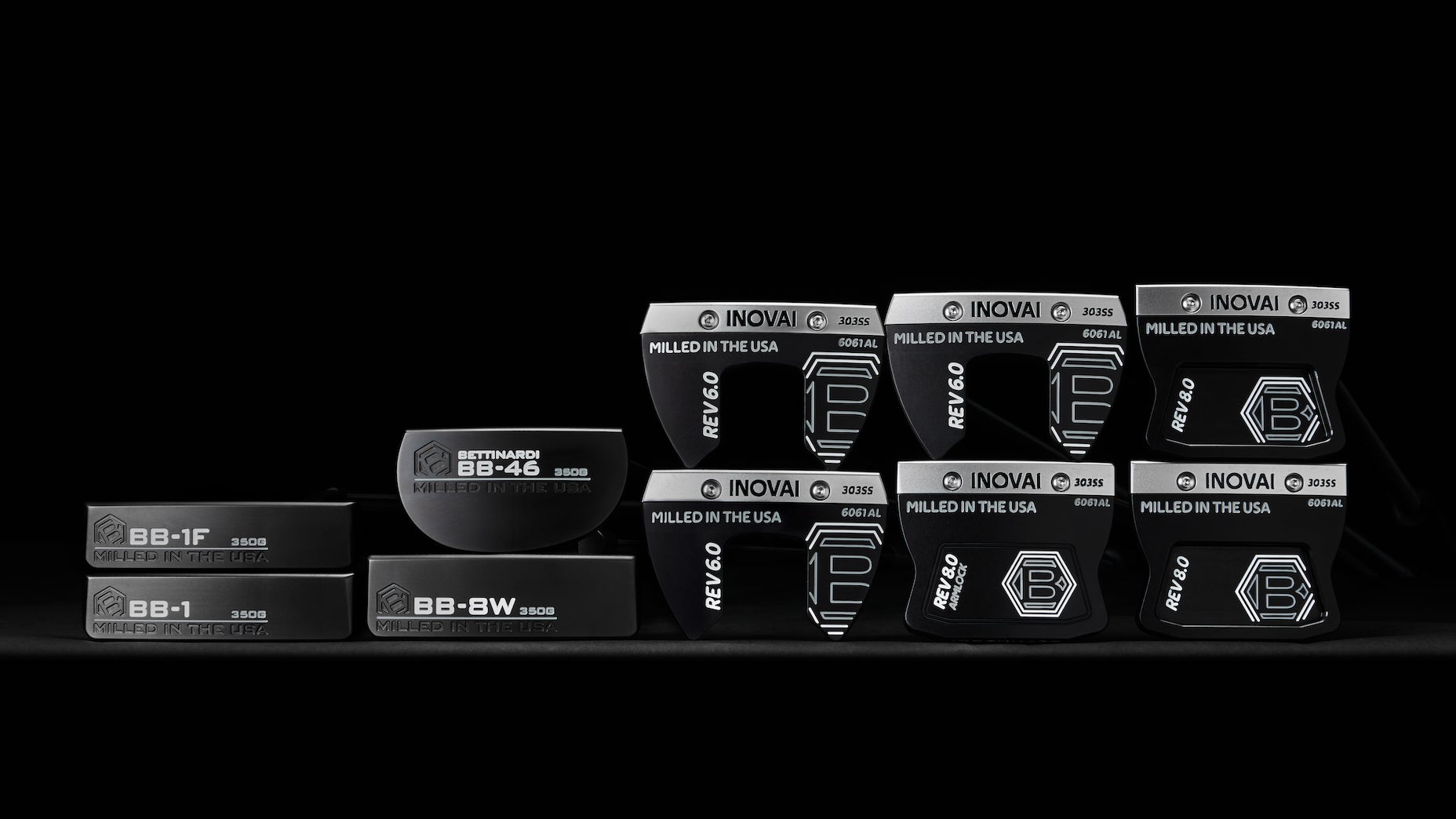 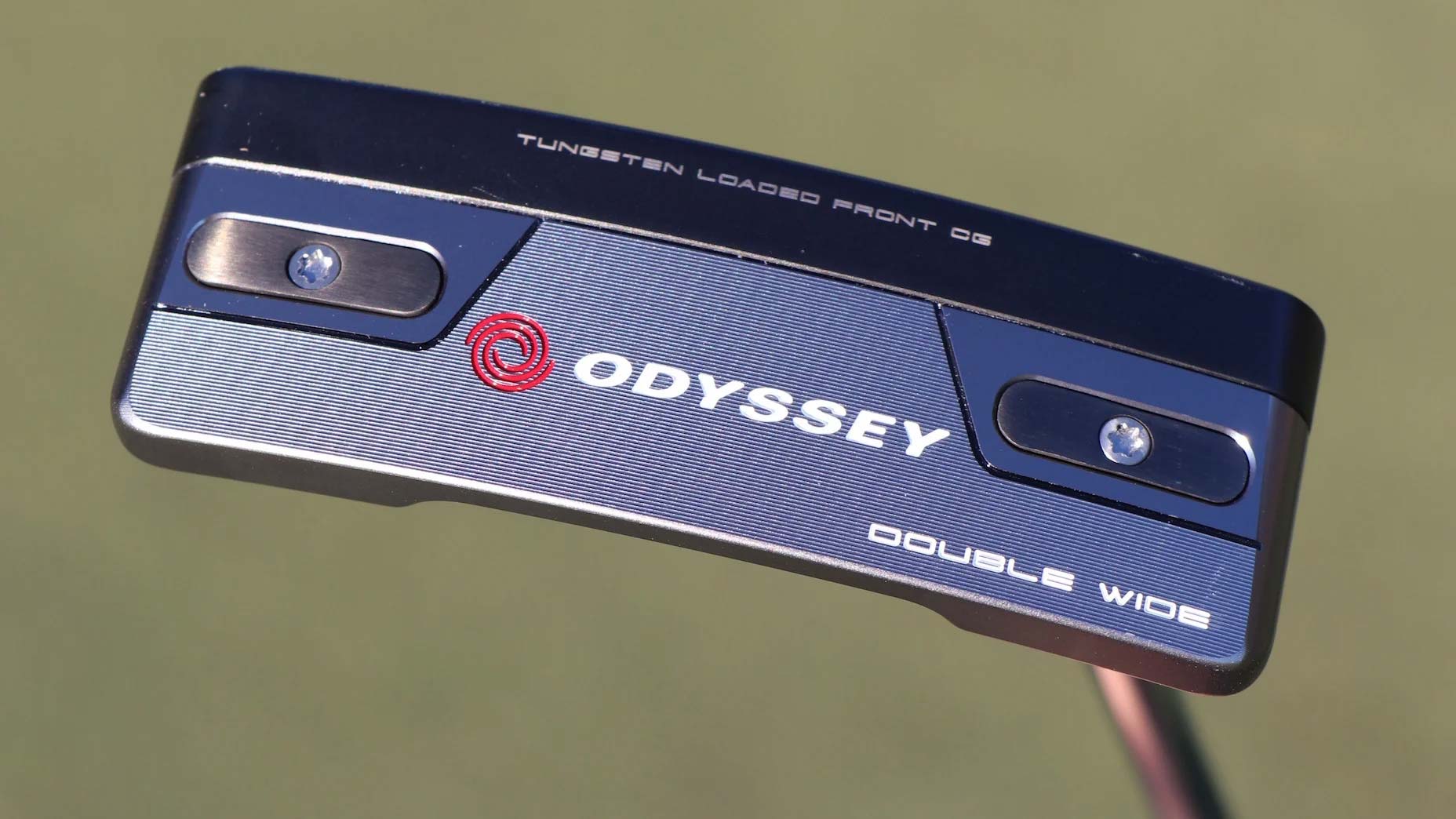 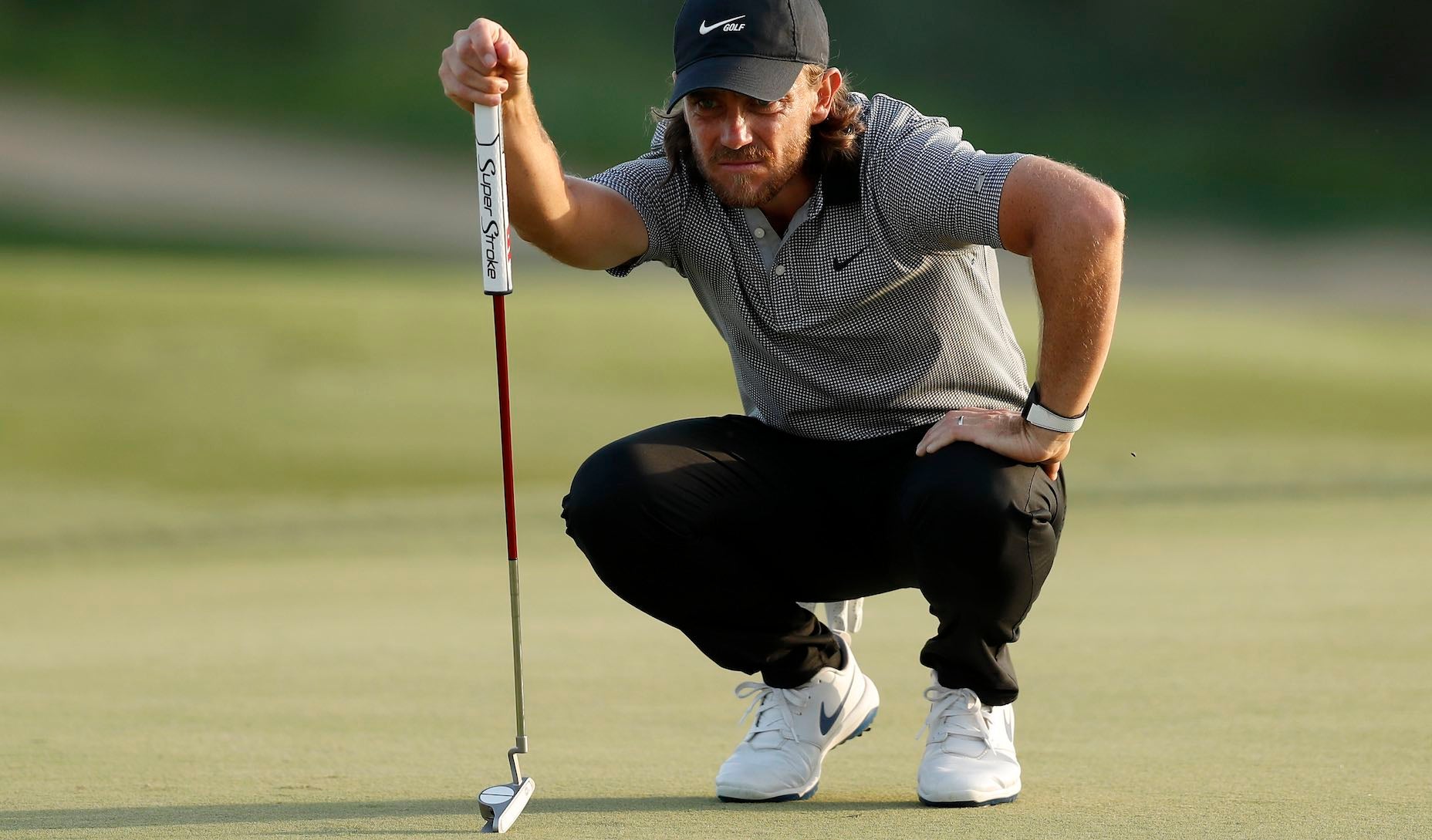 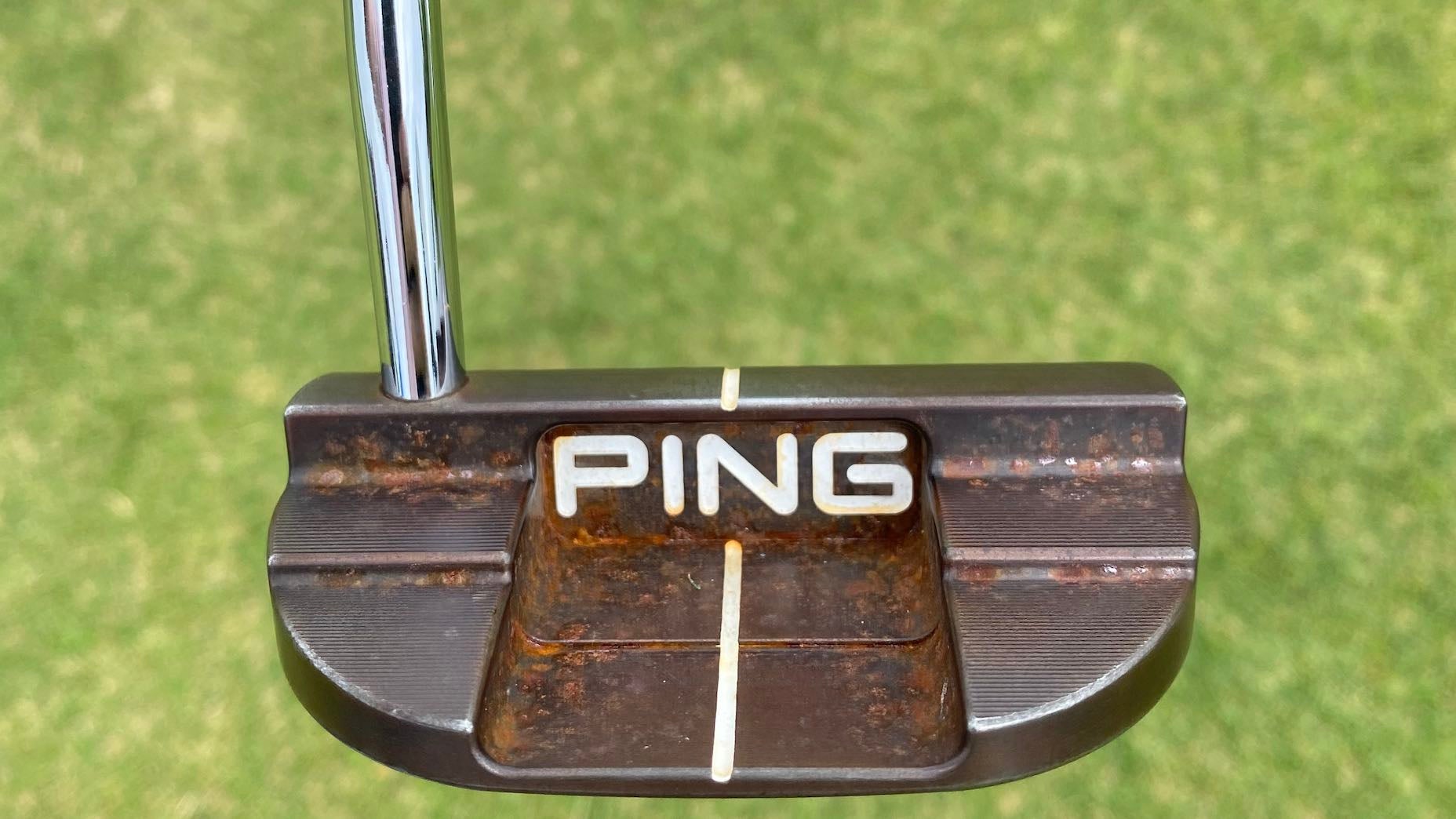