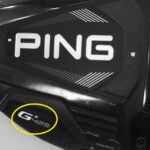 Based on six new posts to the USGA Conforming Clubs list on Monday, it appears Ping is preparing to launch a new line of G425 drivers. According to the USGA site, three different driver head models are now approved for tournament play, including Max, LST and SFT heads in both right- and left-handed options.

While Ping has yet to comment on the new drivers, and we haven’t seen the them on Tour, there are a few conclusions that can be drawn from the photos and information made available today.

First off, it appears that Ping is switching up the names of the drivers in the new family. The lower-spinning “LST” and the draw-biased “SFT” names haven’t changed from the previous G410 family, but it appears “Plus” may be replaced by the “Max.” Ping did have a Ping G400 Max model, but there was no Max in the most recent G410 series.

Also, the photos tell a little bit about the technologies of each of the new heads.

The Ping G425 Max has a Tungsten weight in the rear portion of the head, with “draw” and “fade” written on the sole. In all likelihood, that means the center of gravity (CG) is made to be rearward in the head for more forgiveness, and it has some sort of CG adjustability to influence draw or fade biases. The LST model has the same sole configuration as the Max, but the shape appears to be a bit smaller; being that Ping’s “LST” models traditionally have a smaller size and are made to be lower spinning, this could make sense. The SFT, on the other hand, doesn’t appear to have “draw” or “fade” written on the sole, so it may not have CG adjustability. The SFT seems to have a Tungsten weight in a fixed position on the rear-heel portion of the sole, which could mean it’s a draw-biased head.

Unfortunately, since Ping hasn’t officially commented on the new drivers, we will have to wait for more information to become available. For now, we’ll just have to enjoy the black-and-white photos of the drivers below from the USGA website.

For more on the latest equipment news and insight, check out our latest Fully Equipped podcast below!

Inside Matt Kuchar's golf bag: 7 things I noticed while inspecting his clubs