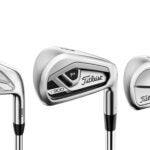 Read our complete reviews of Titleist's newest irons below.

This year’s ClubTest is bigger and better than ever. To help you make sense of the mountain of high-tech new clubs on the market, we put all of the latest offerings from the top golf club manufacturers to the ultimate test. Below you will find the test results and complete reviews of six new Titleist iron models.

Our take: Muscleback irons are to Titleist what eight-cylinder engines are to Mercedes: historic, ultra-high performance, and only for the serious user. We stress that last part, because this year’s offering — the 620 MB — is a blade in the purest sense of the word. This is not the club to get you from a 20-handicap down to a 10. But if you’re a serious player, there may be no better offering to elevate your game. For those in search of precision, luxury, and control, the 620 MB is difficult to top. Just make sure you know how to drive this racecar before taking the keys. 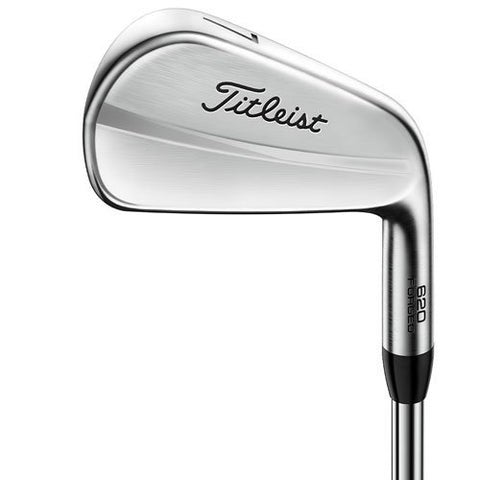 $175/club
Designed for low handicaps, the MB is the modern choice for those desiring a traditional forged blade look and feel.
buy now

The details: Forged from a single piece of 1025 carbon steel, the process of building the 620 MB is painstaking. The goal, however, is clear: the ultimate players iron, featuring reduced offset, progressive heel-to-toe weighting and an updated sole for improved turf interaction. For those seeking the very best in feel and shotmaking ability, look no further.

Our take: A tour-proven look with decidedly utilitarian playability, the 620 CBs were one of the surprises of ClubTest. Holding one of these in your hand, it’d be easy to forget the 620 CBs aren’t their sister-club, the decidedly sterner 620 MBs. But once our Testers made their swings, the difference became clear: the 620 CBs grade out decidedly friendlier in terms of forgiveness, while still earning high marks for shotmaking and distance control. For the better player sitting on the precipice of the next step, look no further. 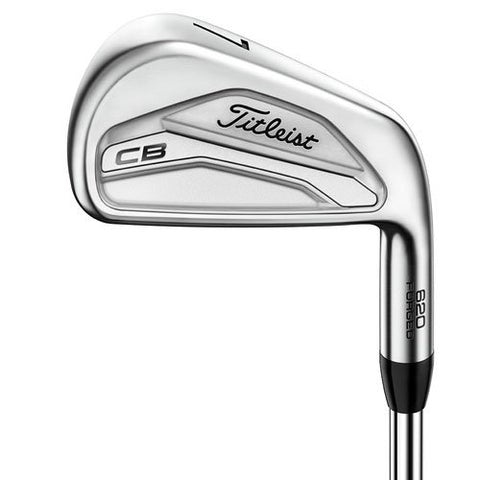 The details: The 620 CBs are loaded with performance attributes — like limited offset and a thinner topline — but they also feature a surprising amount of forgiveness, thanks largely to high-density tungsten weighting, which provides added balance. The end result is a club that imparts Tour-level execution and a little friendliness, too. Who says you can’t have the best of both?

Our take: The most-played model on the PGA Tour since 2019, the T100 irons have earned a bit of a reputation for being the preferred club selection of major winners Jordan Spieth and Justin Thomas. In this regard, GOLF’s testers couldn’t help but agree. The T100 marries the finest aspects of both blade and cavity-back offerings, providing a sleek look and unrivaled feel with surprising forgiveness. The compact headshape and limited offset make it a preferred choice of lower handicap-types (for higher handicaps, we’d recommend the higher-launching T200 or T300). Our testers love it, the pros love it, and Titleist loves it. What are you waiting for, again? 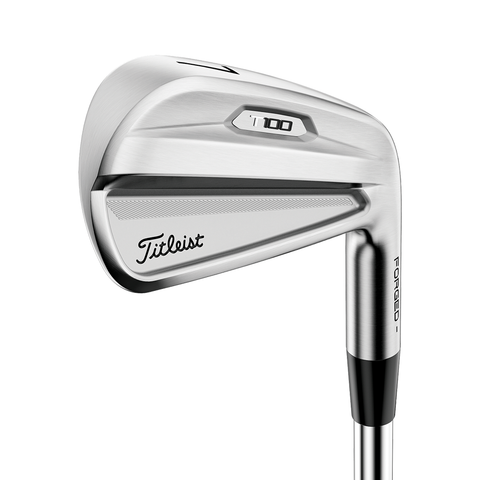 $186/club
The refinements found in the new T100 irons are the product of thousands of hours in the hands of Titleist Tour Pros. The No. 1 irons model on Tour for a reason — now with even more reasons to stay on top.
buy now

The details: After listening to feedback from Jordan Spieth, among others, Titleist’s first order of business in updating the T100 came in the sole, where engineers added bounce to the toe to improve turf interaction. Titleist also added a denser Tungsten — some 80 grams of it, on average — to the lower portion of 3- through 7-iron in order to improve stability. Finally came the decision to mill the back cavity, which preserves the leading edge during club construction and helps to provide a face that is much more consistent in terms of spin and consistency.

Our Take: The T100S might have come after the T100, but make no mistake, the “S” is the “big brother” of the T-series. The goal, according to Titleist, was to create a bigger, badder, faster version of the T100. And to that end, GOLF’s Testers found big brother successful. “Simply phenomenal,” One Tester said. “It powers through the wind without much effort and feels like it’s one of the longest irons on the block, just in a smaller package.” For those looking to add a jolt to their approach game — both in terms of speed and precision — there are few better options available. 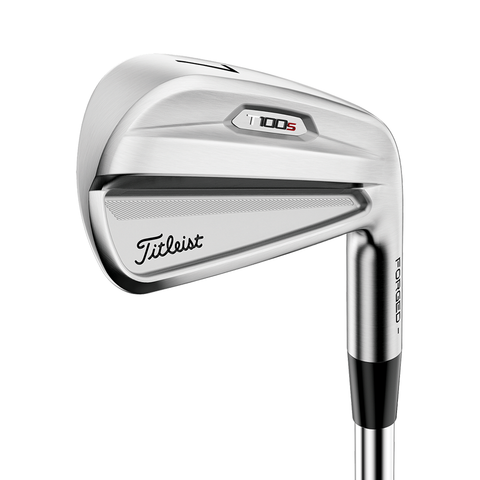 $186/club
The T100S now boasts an even closer connection to the true player’s performance and feel of T100. It’s the modern Tour iron with the dialed-up distance you need to perform at your highest level.
buy now

The details: The S is designed to share many of the features of the T100, but with lofts that are 2 degrees stronger across the board. In order to execute this vision, Titleist engineered the sole of the T100S with a “muscle channel” across the back to achieve similar turf interaction. With an average of 90 grams of tungsten per head, the S is a ballstriker’s dream, with better ballspeeds, more distance and improved launch conditions throughout the set.

Our take: The T200 has taken major strides forward in its newest advancement. How major? Titleist began additionally marketing it as a utility club after Jordan Spieth, Justin Thomas and Garrick Higgo ALL added a T200 2-iron to their bag last summer. The T200 might be a player distance model, but with a smaller head shape, diminished offset and super-low CG, GOLF’s Testers found it to be something else entirely. “It’s an iron cheat code,” One Tester raved. “It’s the easiest iron to swing by far. It’s confidence-inspiring.” “It doesn’t look like a player distance iron,” Said another. “It looks and feels like a players iron.” 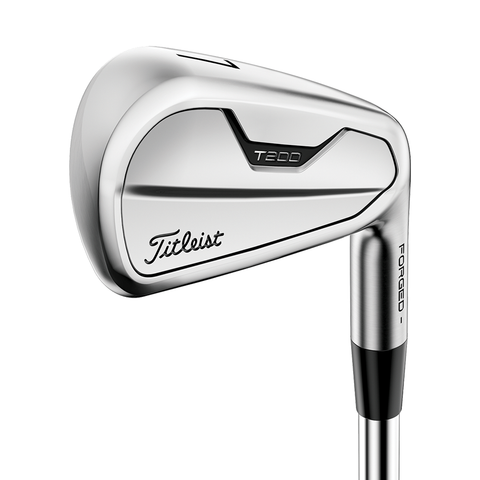 $186/club
The new T200 is an R&D standout, taking all the best of the previous generation and shrinking it into a compact, Tour-ready shape.
buy now

The details: Titleist went back to the drawing board with the newest iteration of the T200, and returned to market with a design that’s turning heads. A smaller shape, thinner topline and shorter blade-length all provide the T200 with a players feel, while D18 Tungsten (100 grams of it, on average) lowers the center of gravity to optimize launch conditions. The multi-material instruction is headlined by a polymer core, which improves ballspeeds on off-center hits and efficiency at impact.

Our take: The T300 is nothing shy of a game improvement rocket ship, and that’s by design. Titleist’s engineers worked hard to build a product that would deliver optimal launch conditions for high handicappers in need of an added boost. In addition to an ultra-low center of gravity helped by tungsten in the sole, the T300 has a thick topline and wide face for extra forgiveness. For those hoping to hone in their game improvement in 2021, snag the T300 and get your golf game ready for takeoff. 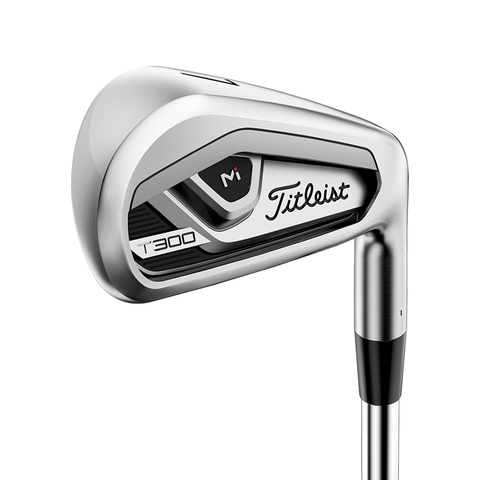 The details: With 40 percent more Tungsten than in previous models, the T300 strikes a perfect balance between playability and forgiveness. “Max Impact technology” (also used in the T200) utilizes an enhanced polymer core to help promote better ballspeeds on mishits and efficiency on center contact. While variable face thickness boosts forgiveness on heel strikes, a classic thorn in the side of high-handicappers. 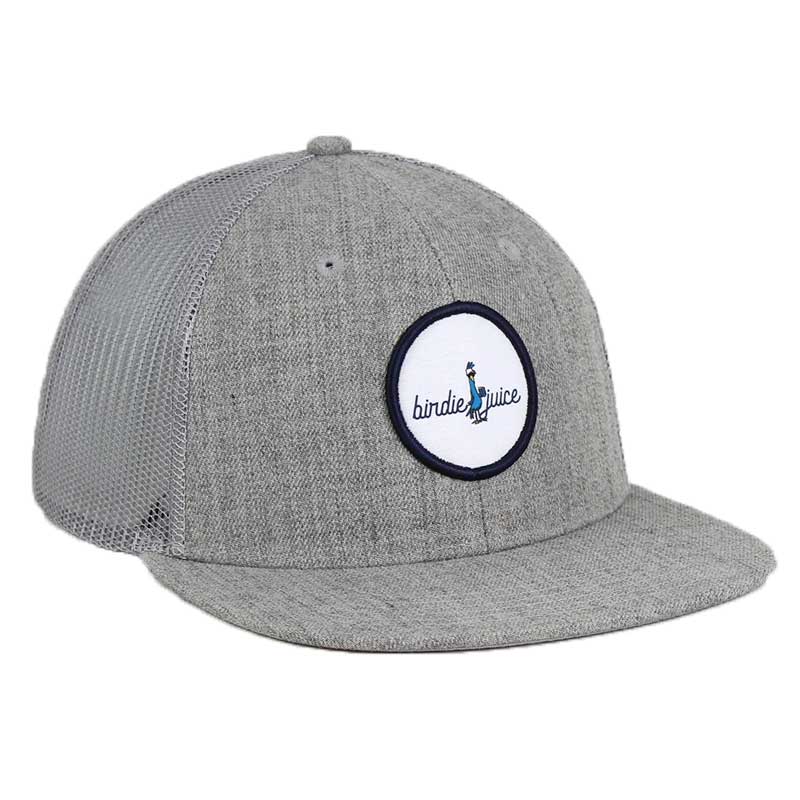