For the second installment of ClubTest 2020, we tested and reviewed 57 new iron models to help you find the right one for your game. Below are the results for the TaylorMade SIM Max irons. You can find the full list of irons and test results here.

Price: $900/8 irons ($1,000 graphite) | BUY NOW
Clubs: 4-LW
Our take: The vast majority of high-handicap golfers don’t find the middle of the face with regularity. It’s a fact of life. TaylorMade’s SIM Max is designed to make things a bit easier with a package centered around mitigating mishits. The iron is highlighted by an ultrathin 1.5-millimeter face, along with a 360 undercut in the cavity that delivers ample horsepower. TaylorMade’s Inverted Cone Technology expands the sweet spot, but instead of continuing to place it in the center of the face for every iron, it was purposely placed closer to the toe in the long irons (historical club data contributed to the adjustment) to generate a draw bias. An Echo Dampening System in the lower portion of the cavity pairs with a mass-efficient beam spanning the back bar to remove unwanted vibrations around the perimeter. It also provides the multimaterial iron with the buttery feel of a forged-construction product.
The SIM Max checks all the boxes for a game improvement model. Robot testing revealed an iron that was, on average, three yards longer in the carry department than the competition. Mishits still produced favorable results. Positive feedback during player testing reinforced SIM Max’s spot near the top of the Game Improvement pecking order.
ClubTester’s take (15-hdcp): “Futuristic look with out-of-this-world technology. Feels like I can miss it anywhere and the ball still goes.”
Robot’s take: A top-3 Game Improvement in ball speed retention, carry and overall forgiveness. 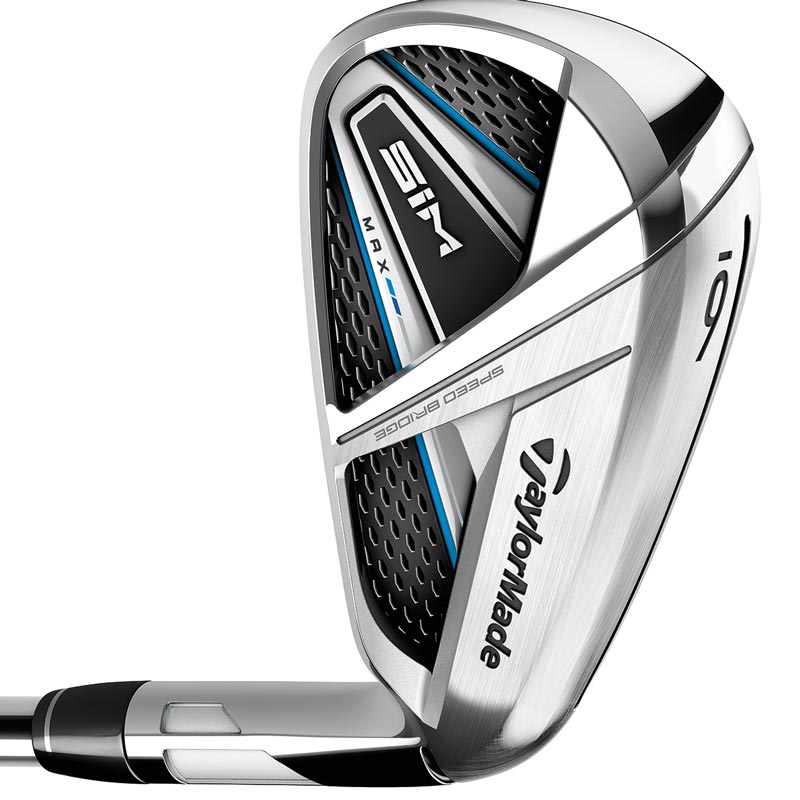 Buy your own set of TaylorMade SIM Max irons today! 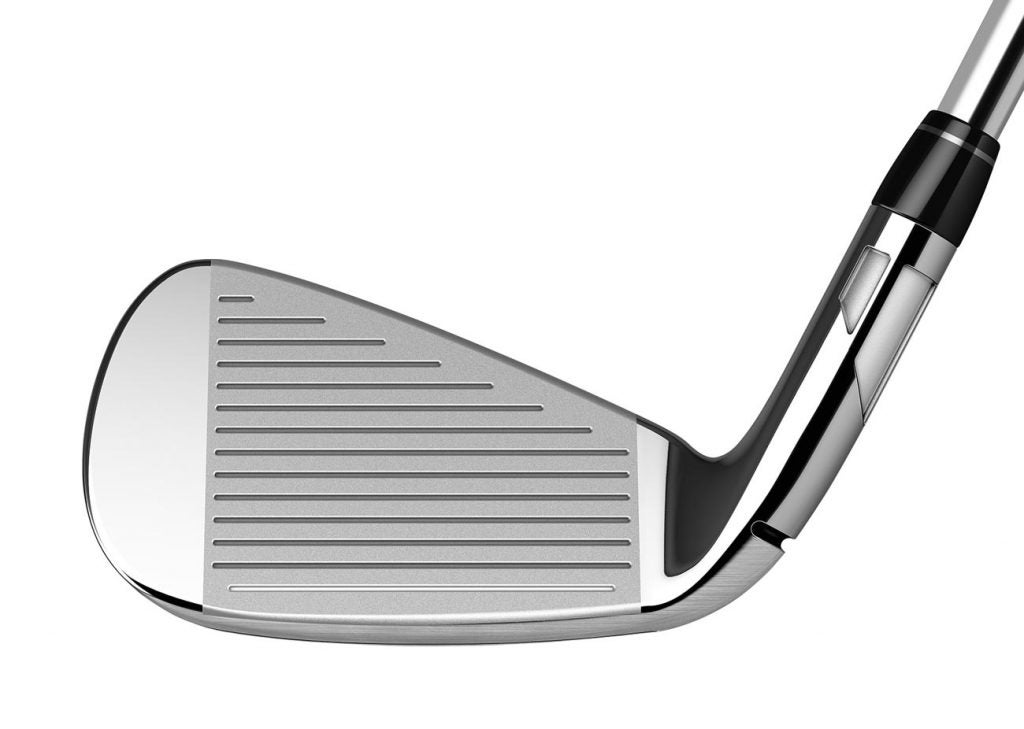 The face of the The TaylorMade SIM Max iron.
Courtesy 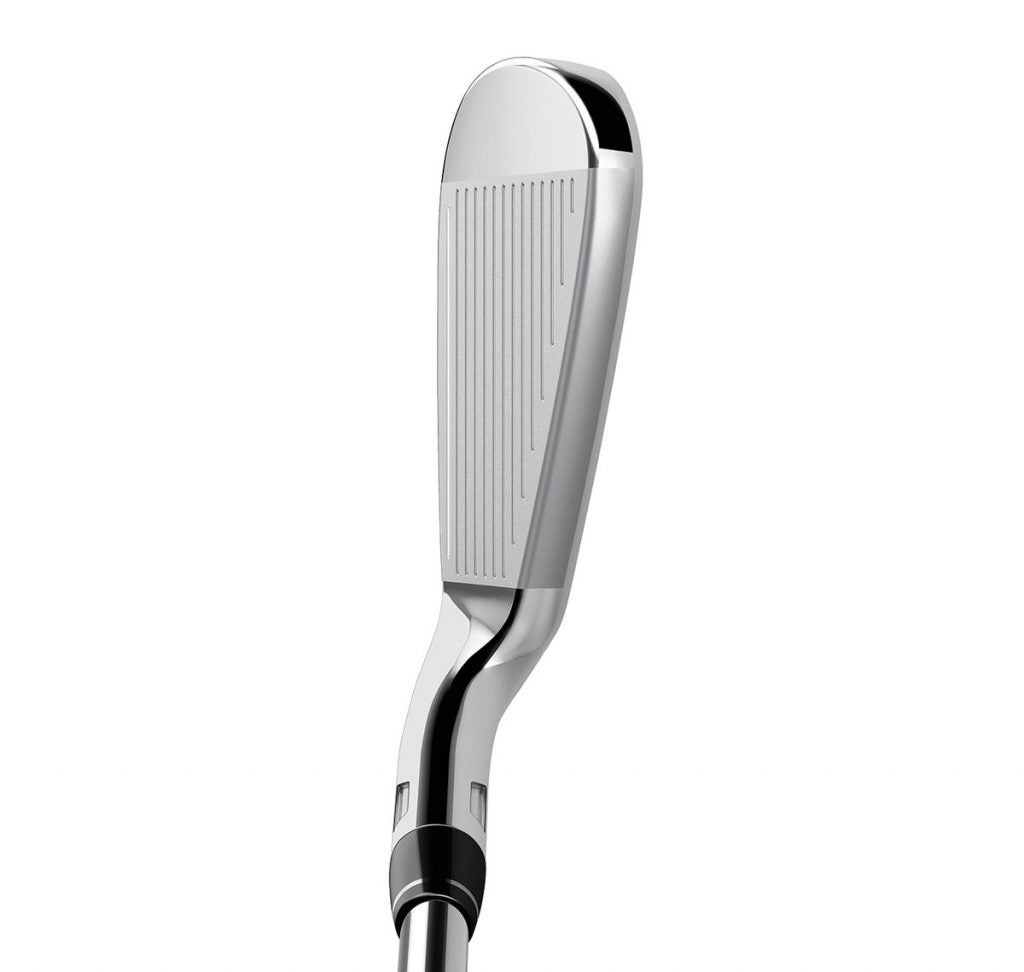 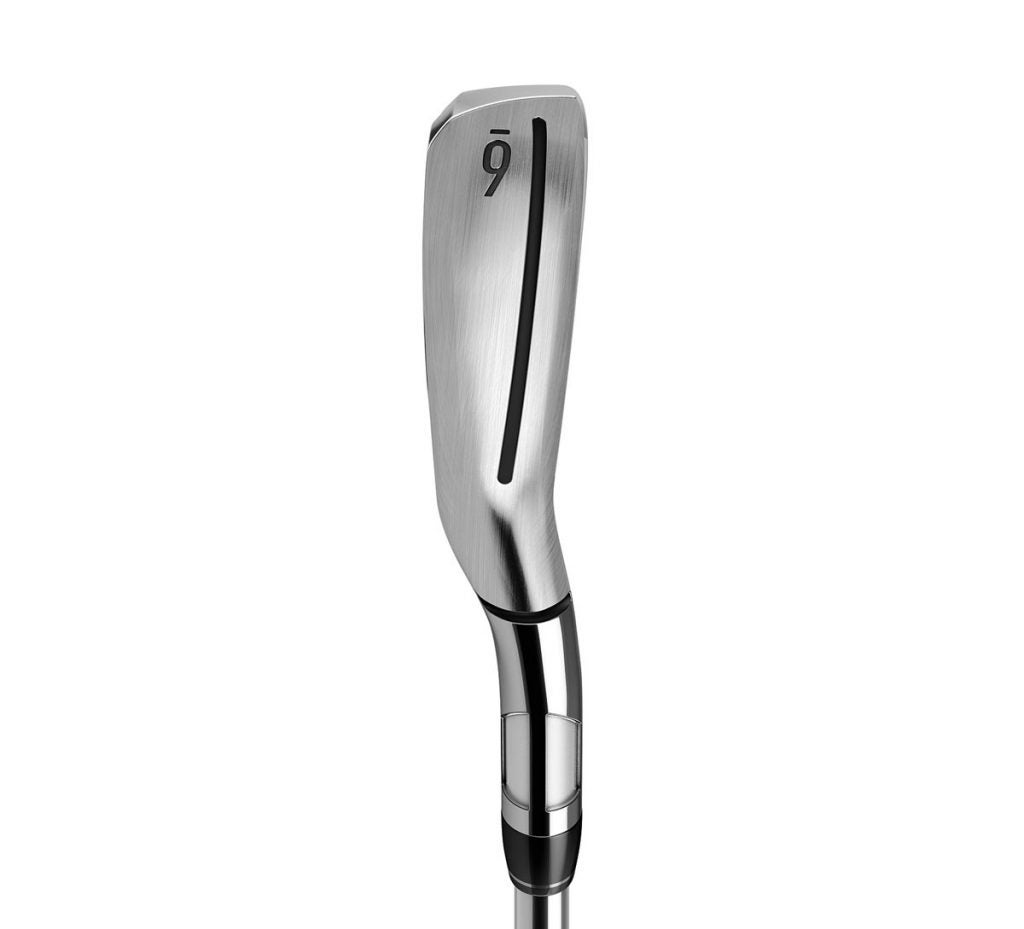 The sole of the The TaylorMade SIM Max iron. 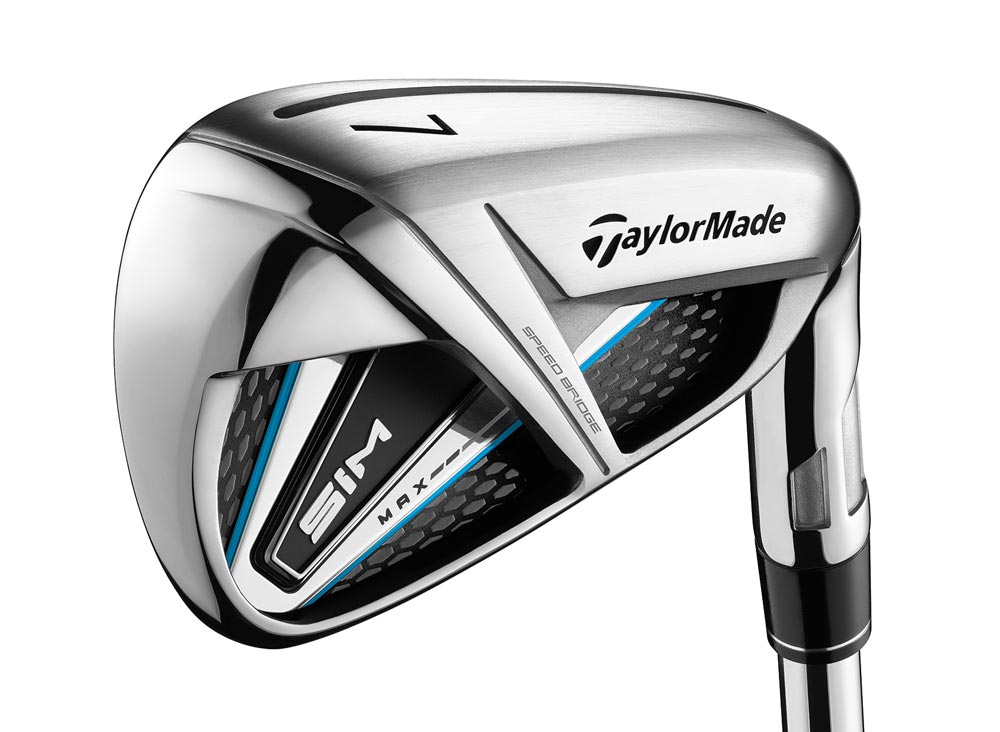