For years, unwanted vibrations were part of the iron package for golfers playing better-player models. Center-face contact elicited a solid feel at impact. But anything around the heel or toe left much to be desired in terms of feel and consistency.

Thanks to innovations like Srixon’s PureFrame, it’s now possible to get a solid feel on off-center strikes. The frame is a key piece of technology for the new ZX MKII iron line, which consists of four models — the ZX4, ZX5, ZX7 and ZX utility. Forged into the body of the iron directly behind the sweet spot is a raised piece of 1020 carbon steel that’s 80 percent thicker.

Designers have added more material behind the hitting area in the past to improve feel, but rarely to this extent. With the ZX4, ZX5 and ZX7, the end result is a solid, soft feel at impact across where golfers need it most. (It should be noted each model has a different cavity design.)

“While we’ve improved these irons in so many ways over the first generation of ZX irons, we’ve also kept the sleek looks, pure feel, and core DNA of Srixon irons that golfers have come to expect,” said Srixon general manager Brian Schielke.

In addition to PureFrame, Srixon retained several of its key technologies from the first generation ZX, including Mainframe and the Tour V.T. sole.

Developed using a combination of human design and A.I. (Artificial Intelligence) optimization, the Mainframe is a milled pattern of channels and cavities on the backside of the iron that helps enhance ball speeds on shots hit across the face structure. The design allows each head to flex in strategic spots for ball speed enhancements. It also serves another important purpose, repositioning mass away from the face and placing it in the toe for stability purposes.

Forged from 1020 carbon steel, each head features Srixon’s v-shaped sole grind — with more bounce positioned up front — to help improve turf interaction. A notch can also be found in the sole that lessens drag by reducing the amount of material contacting the ground.

Progressive grooves found throughout the sets offer wider grooves in the long and mid-irons (3-7) for ideal launch and spin performance. Sharper, narrower and deeper grooves on the short irons (8-PW) impart more spin and control for approach shots.

Another smart addition? Every iron in the 2023 ZX lineup has the same topline thickness, making it a cinch to mix and match models.

Here’s a look at all five models in the lineup, along with the Z-Forged II blade. 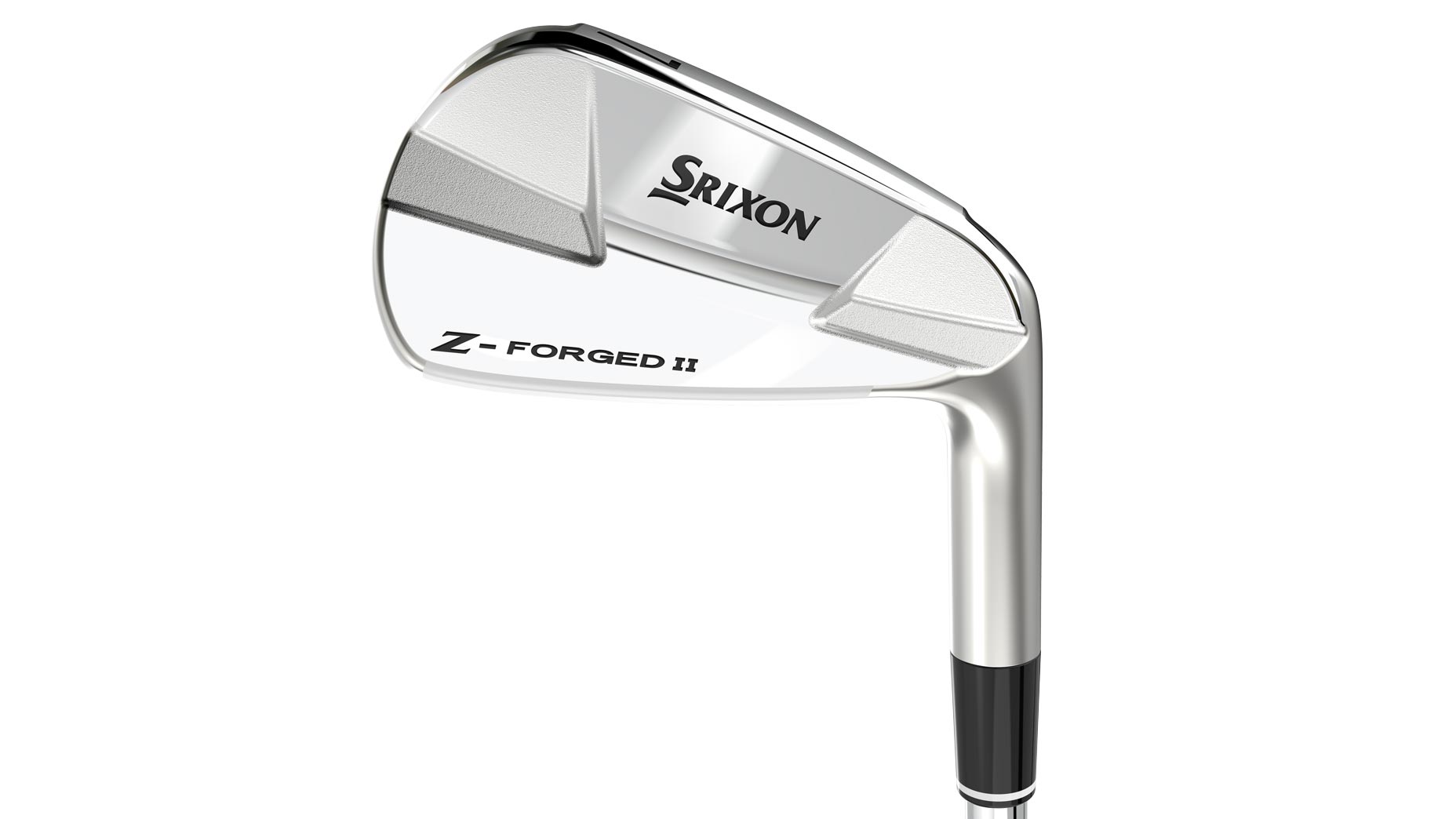 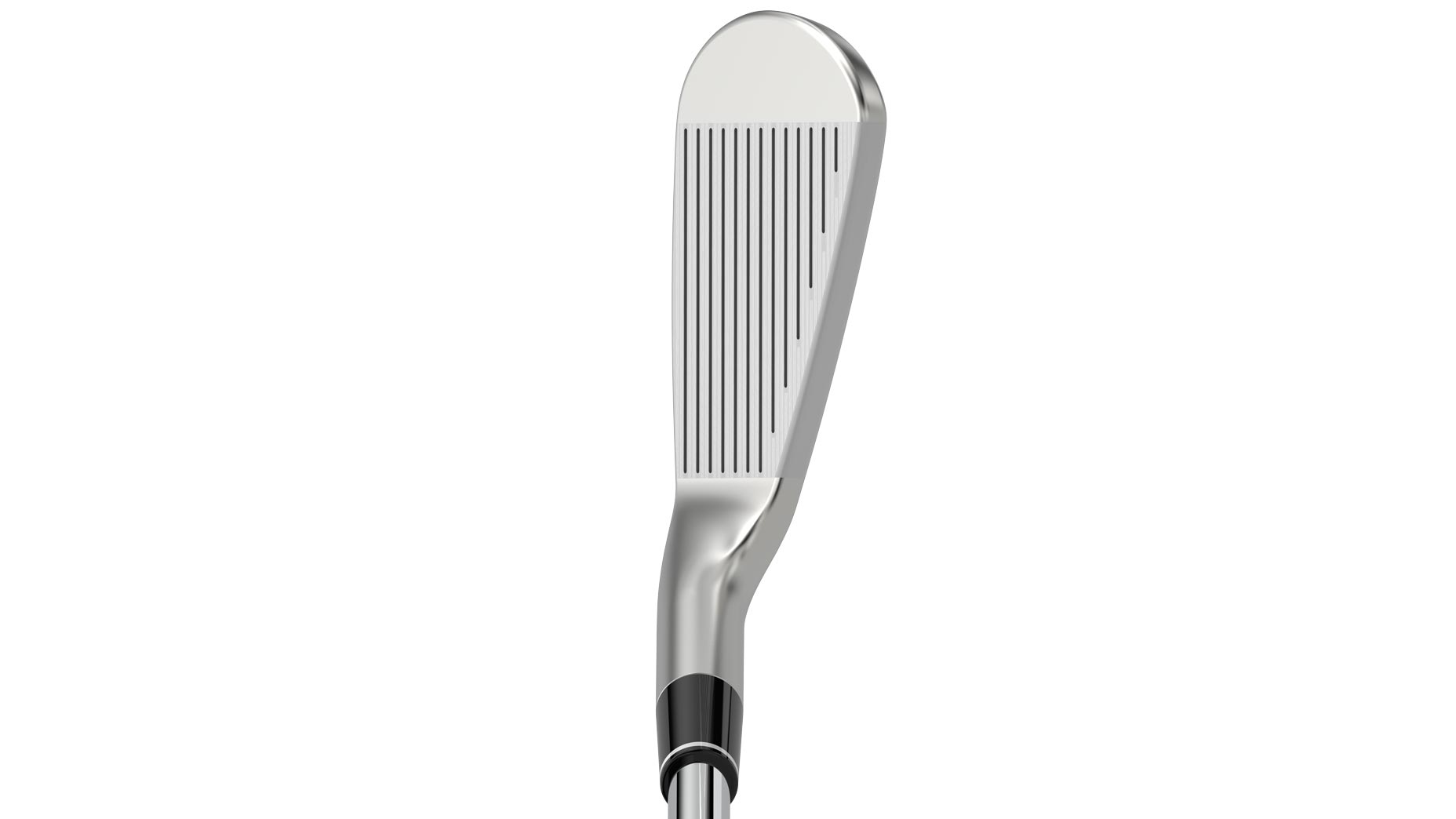 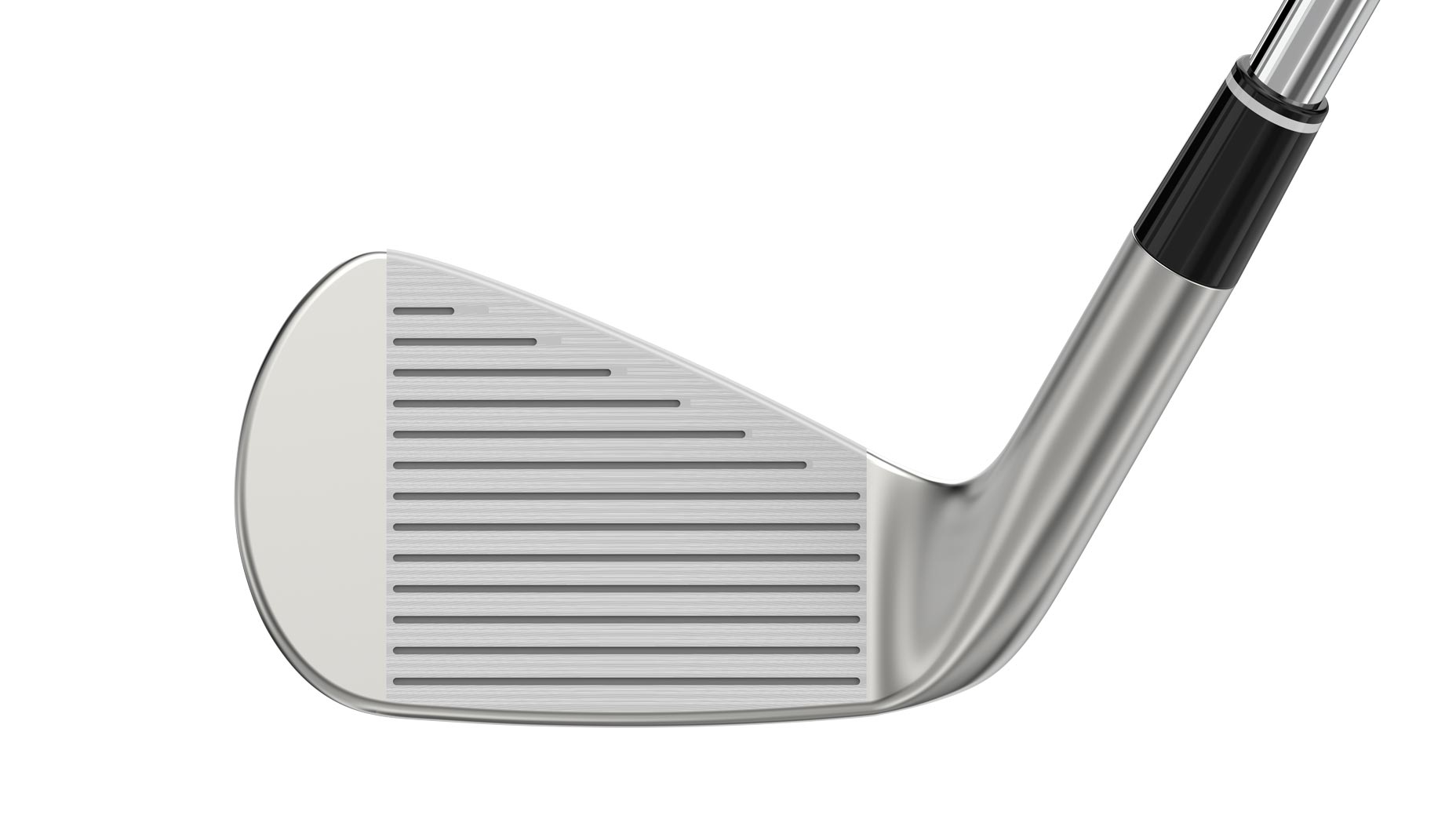 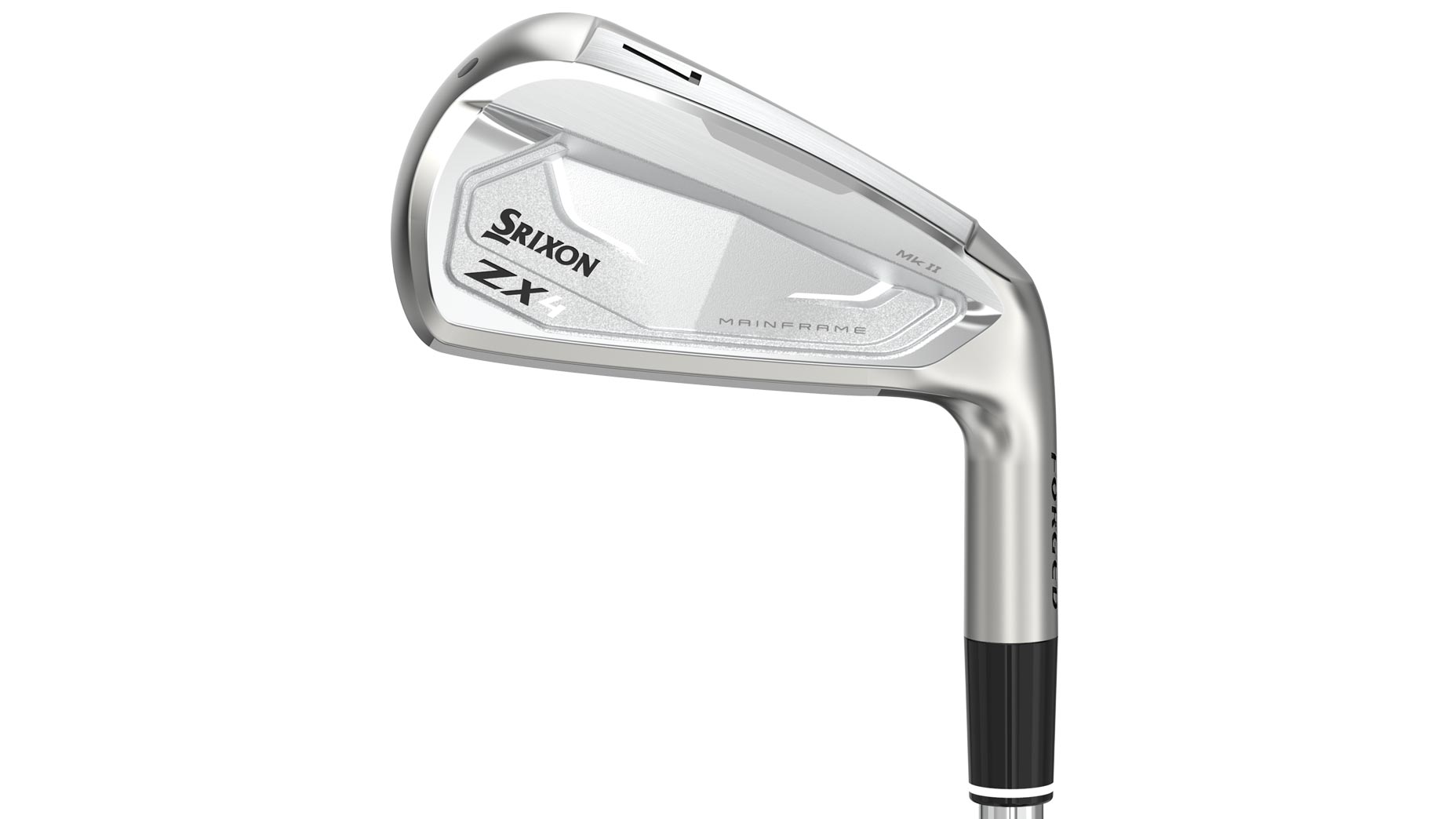 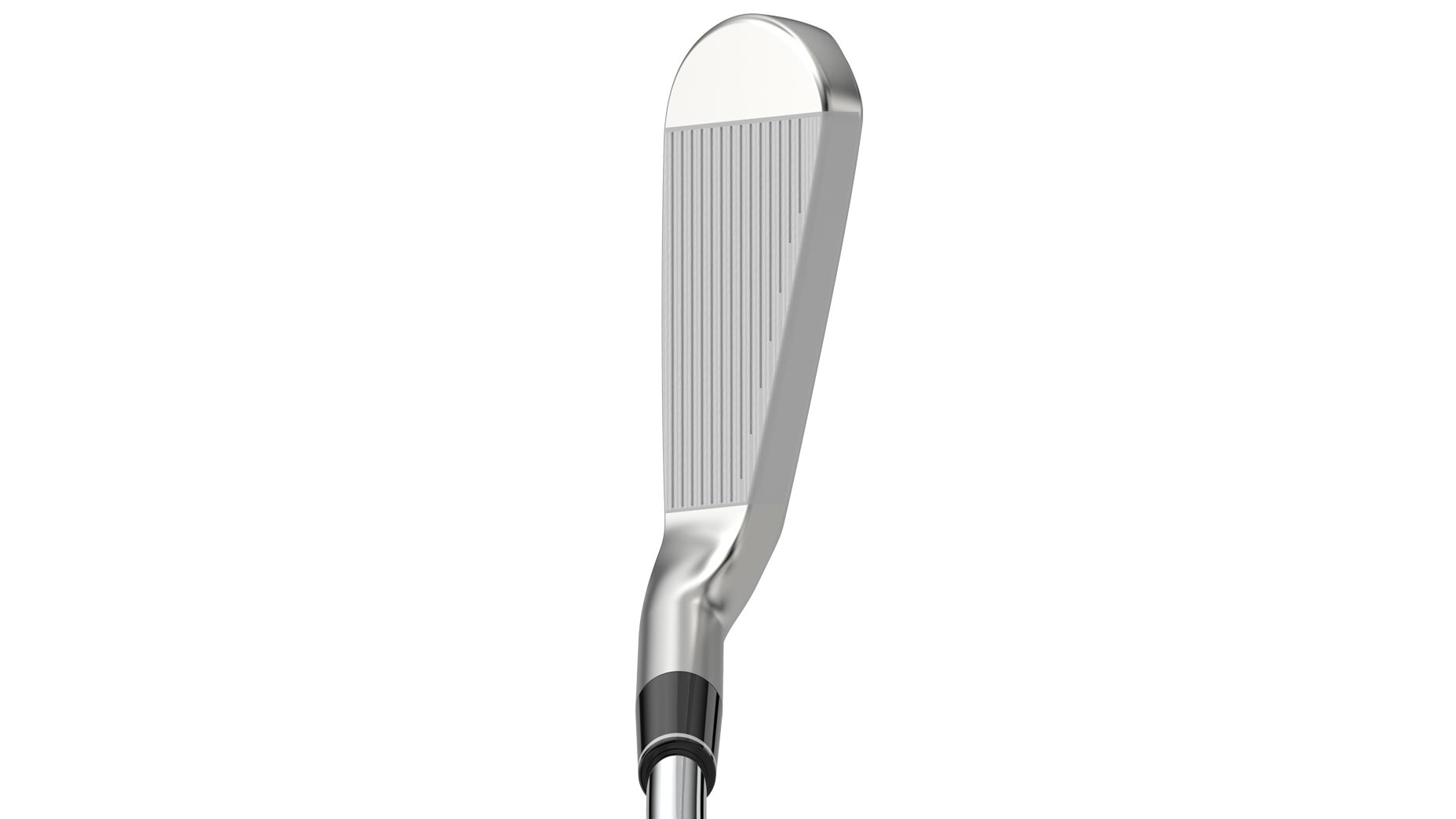 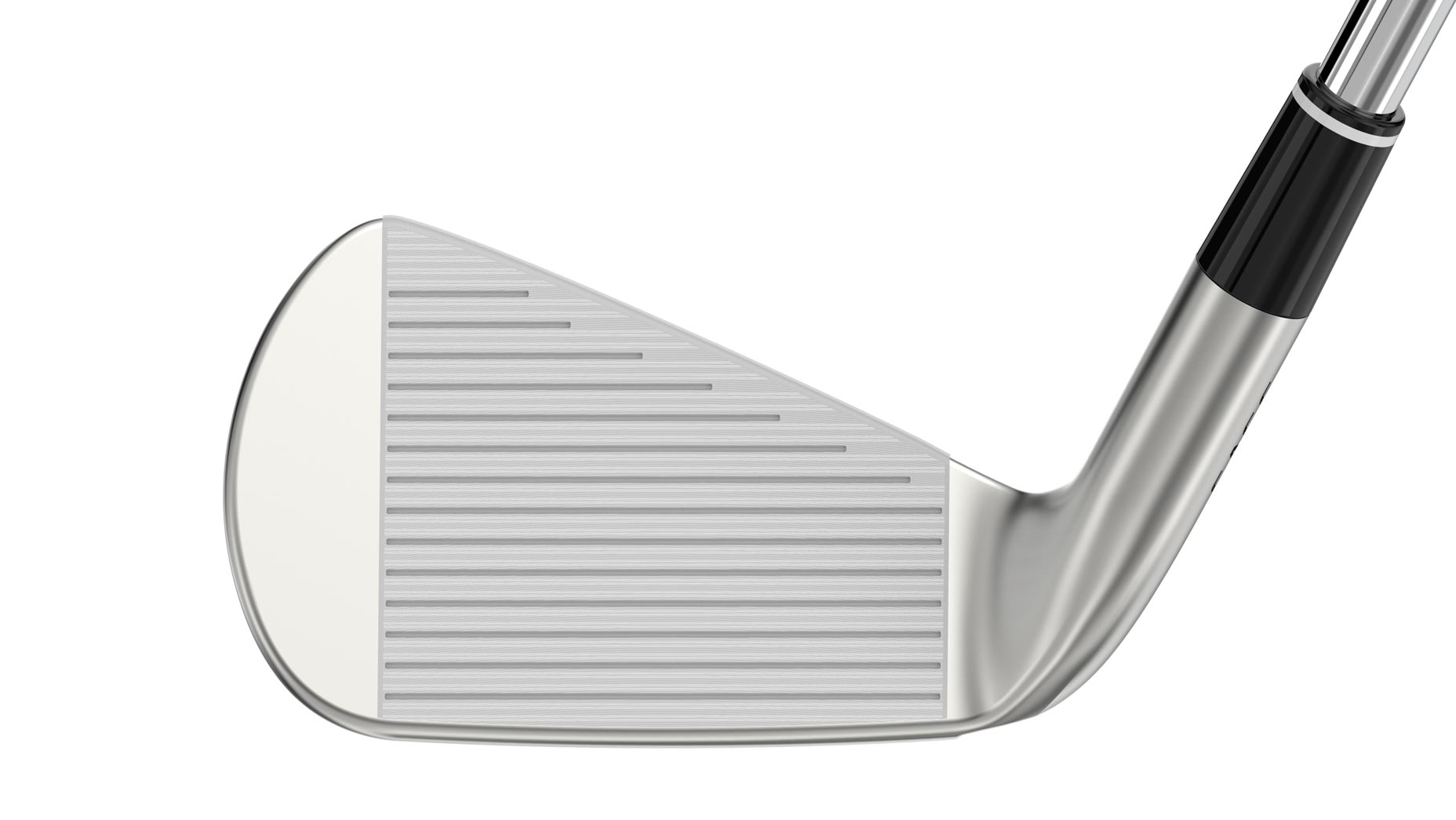 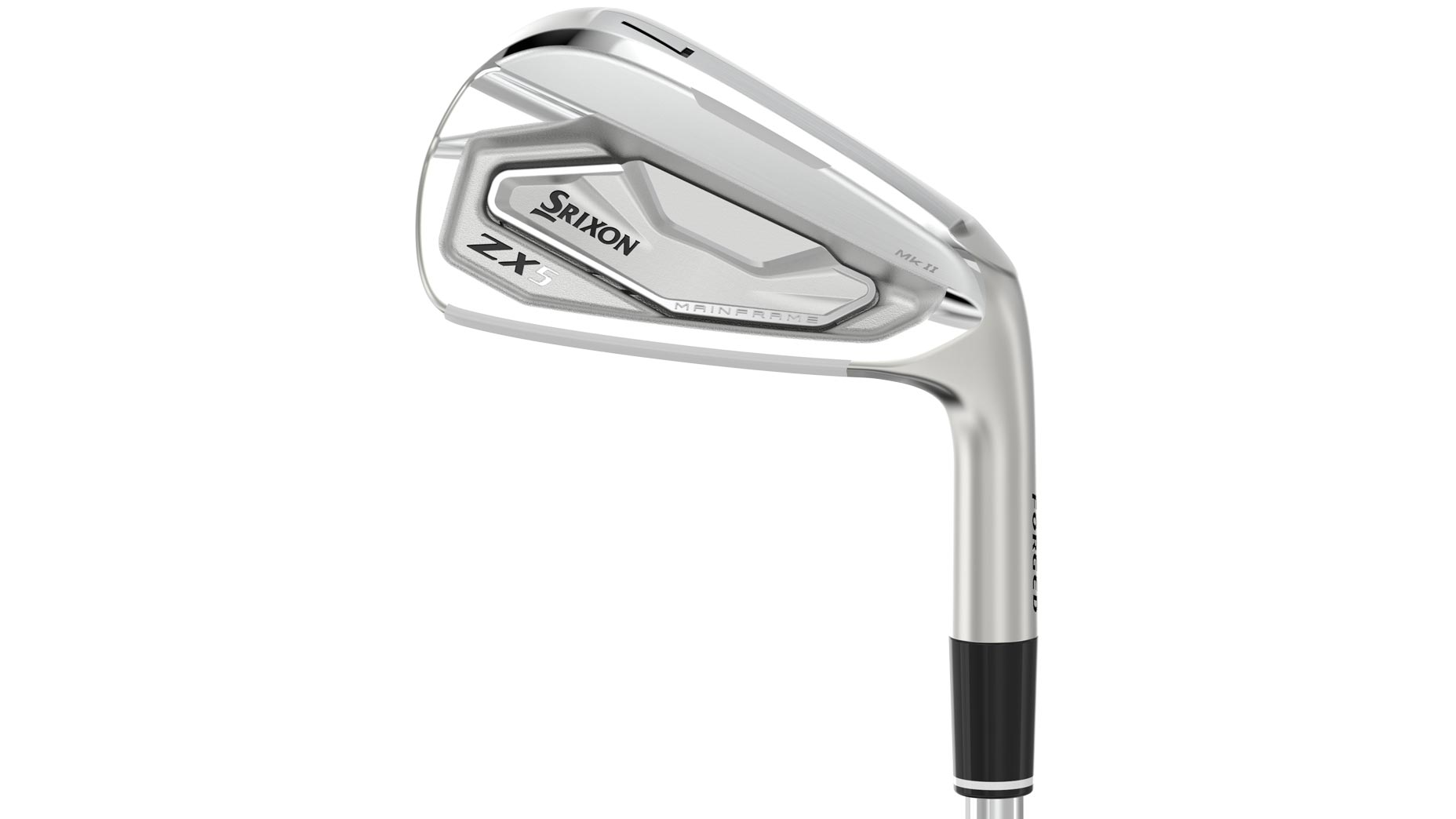 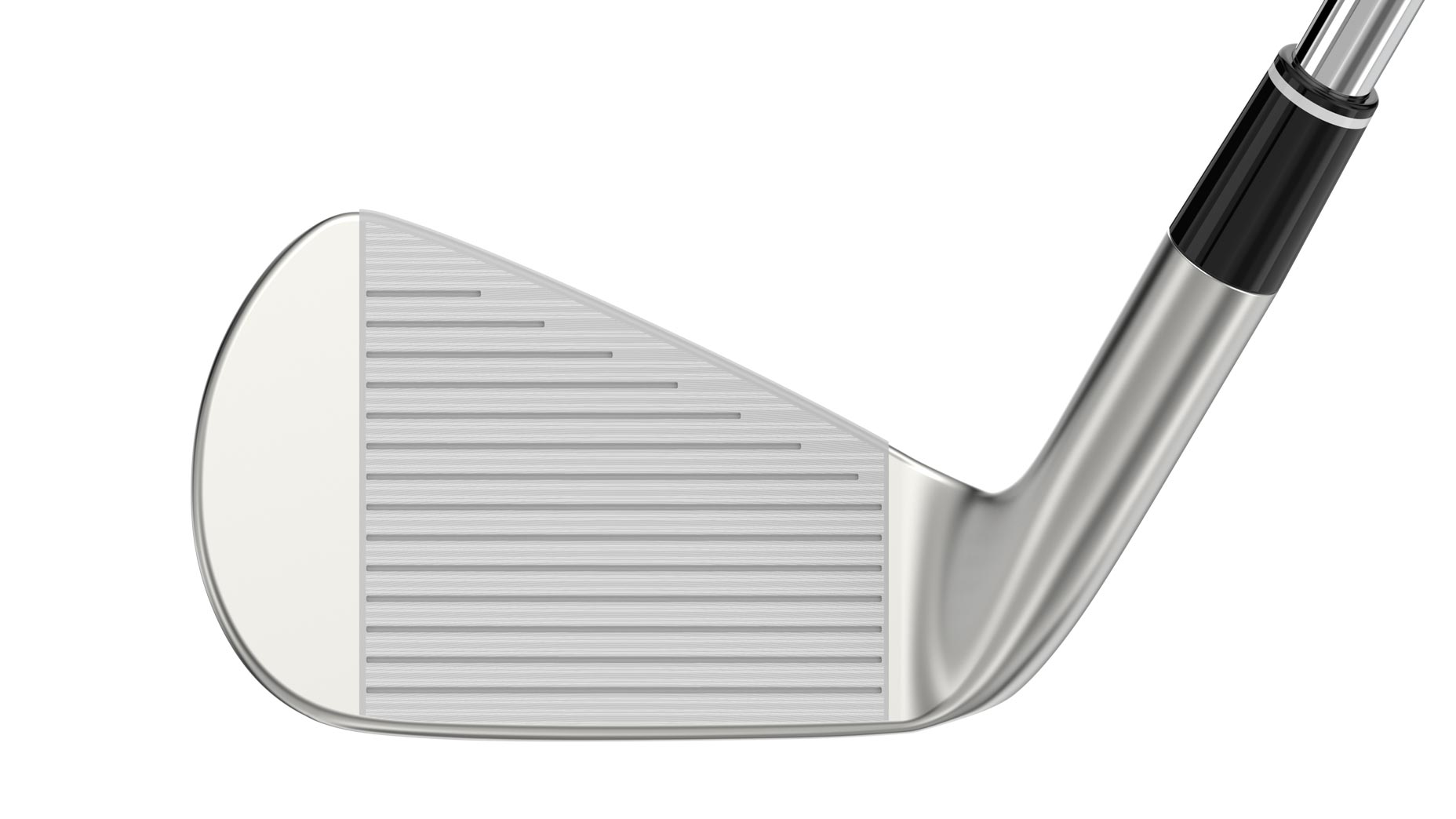 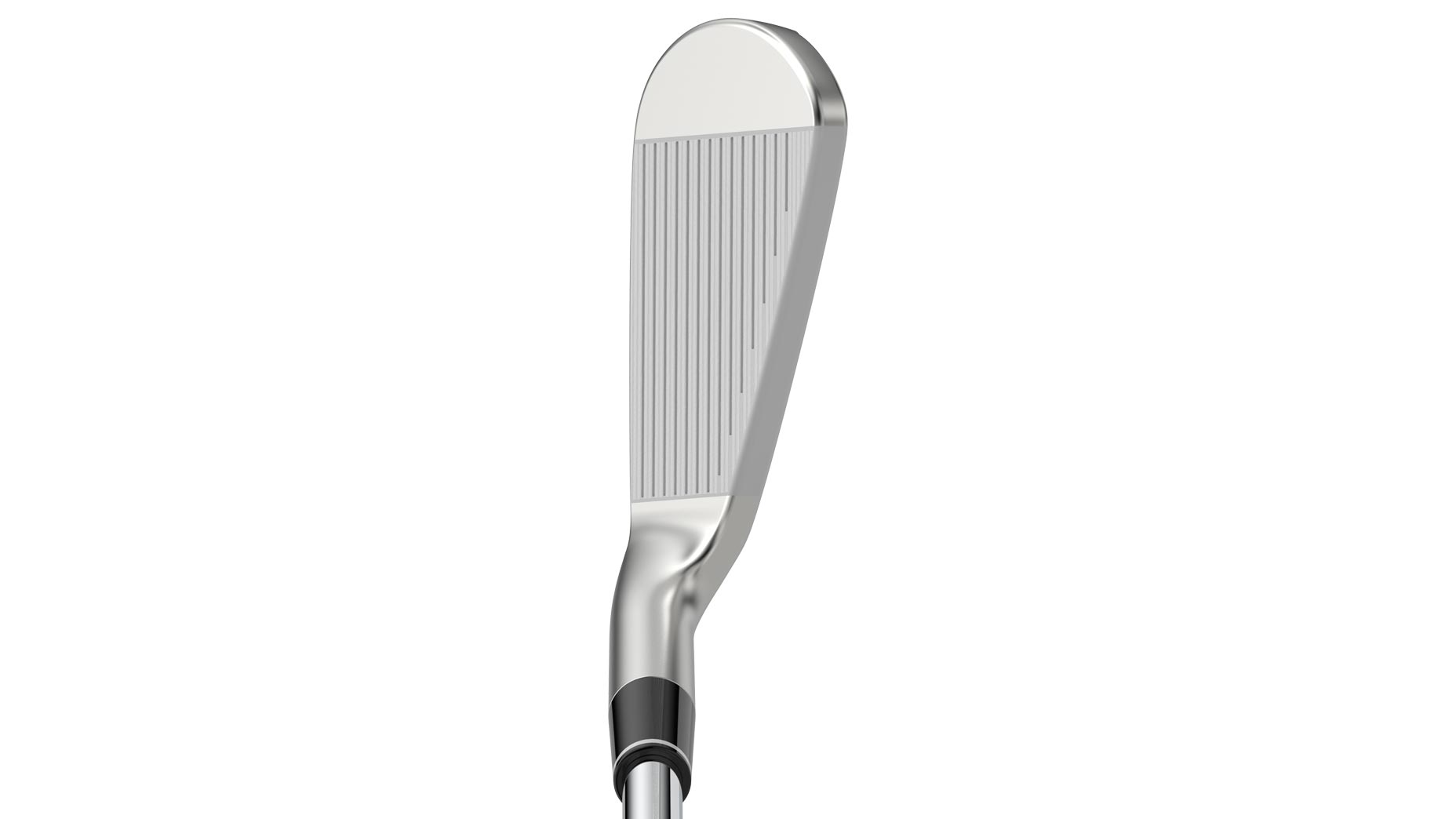 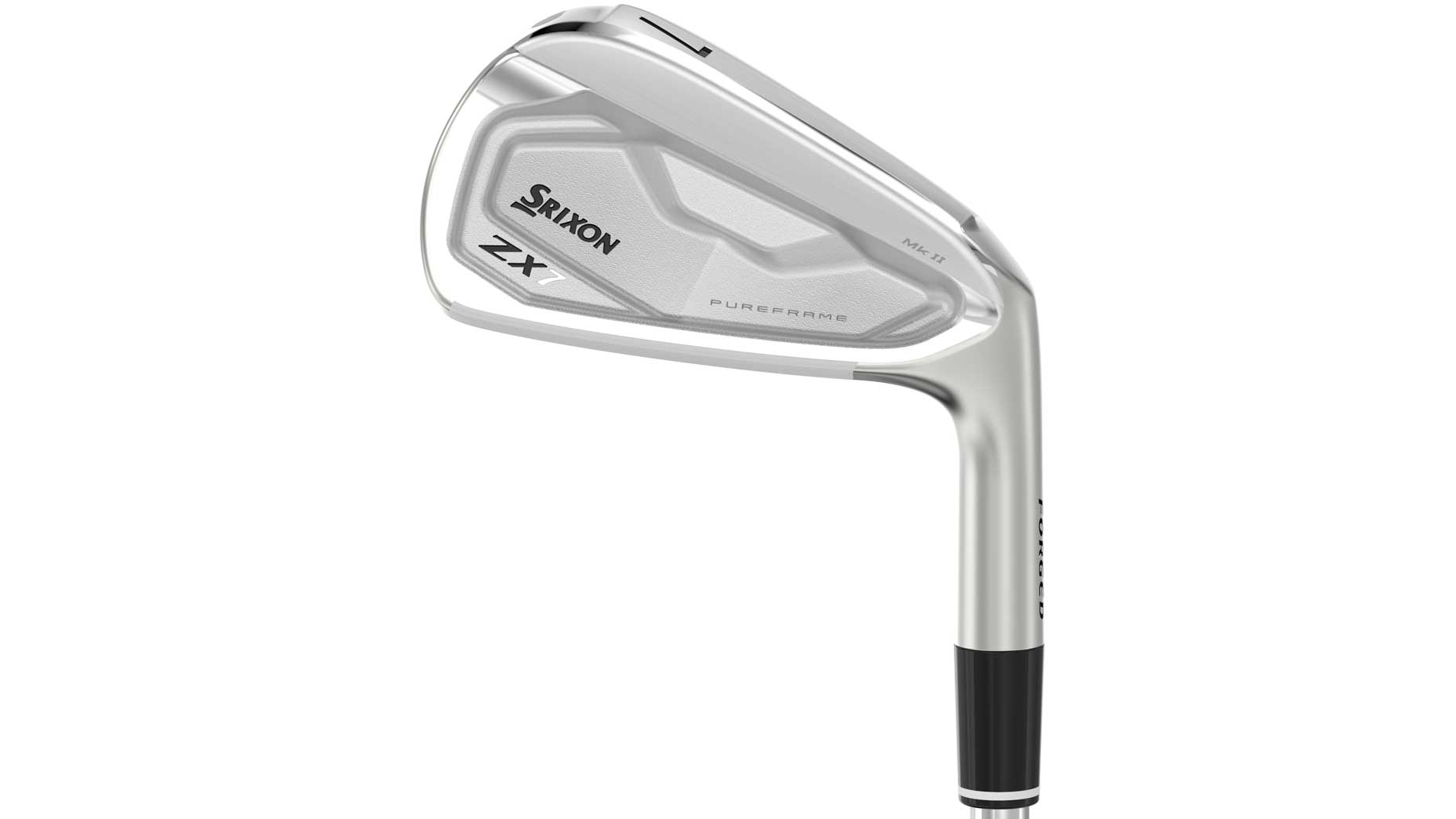 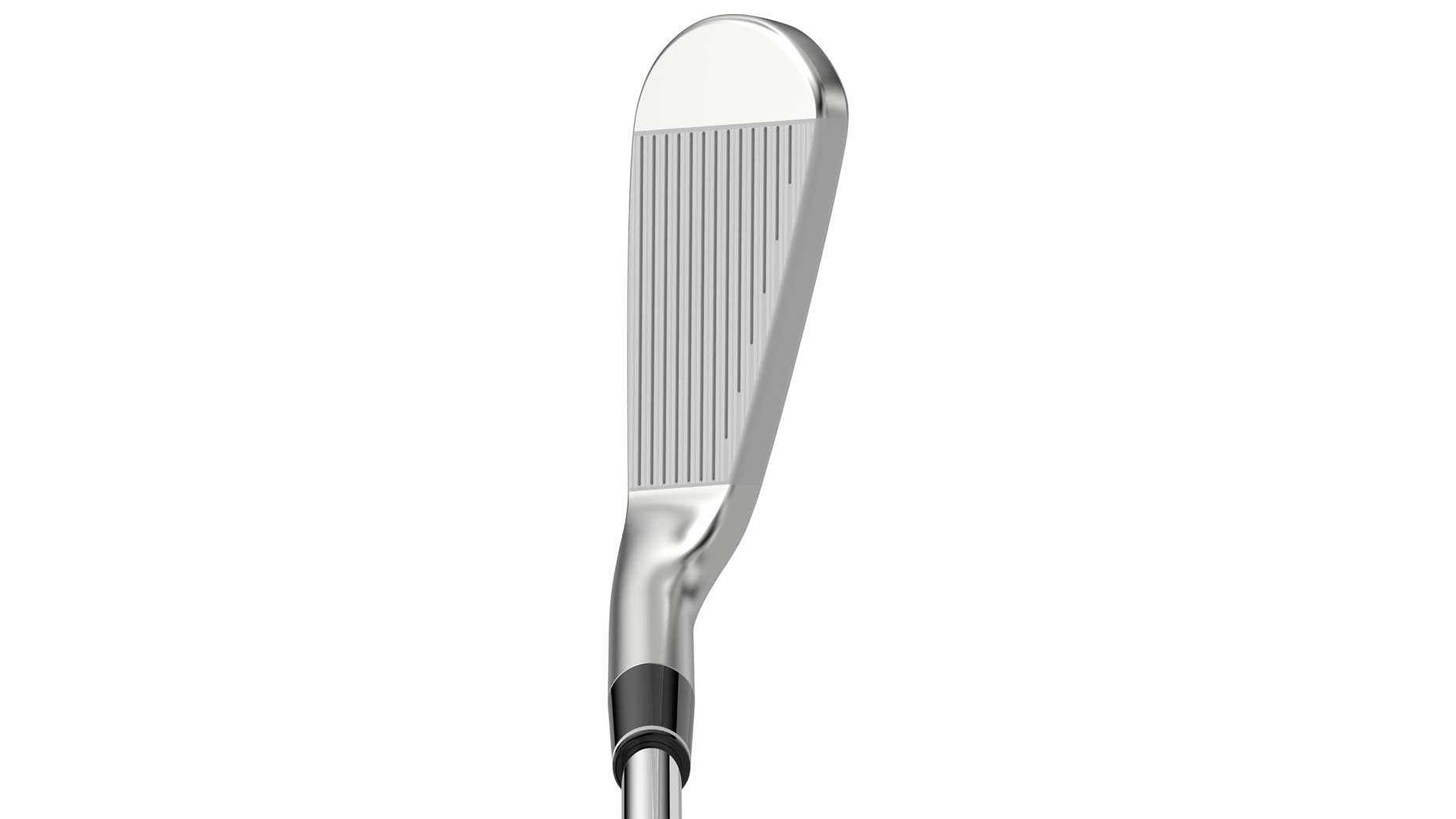 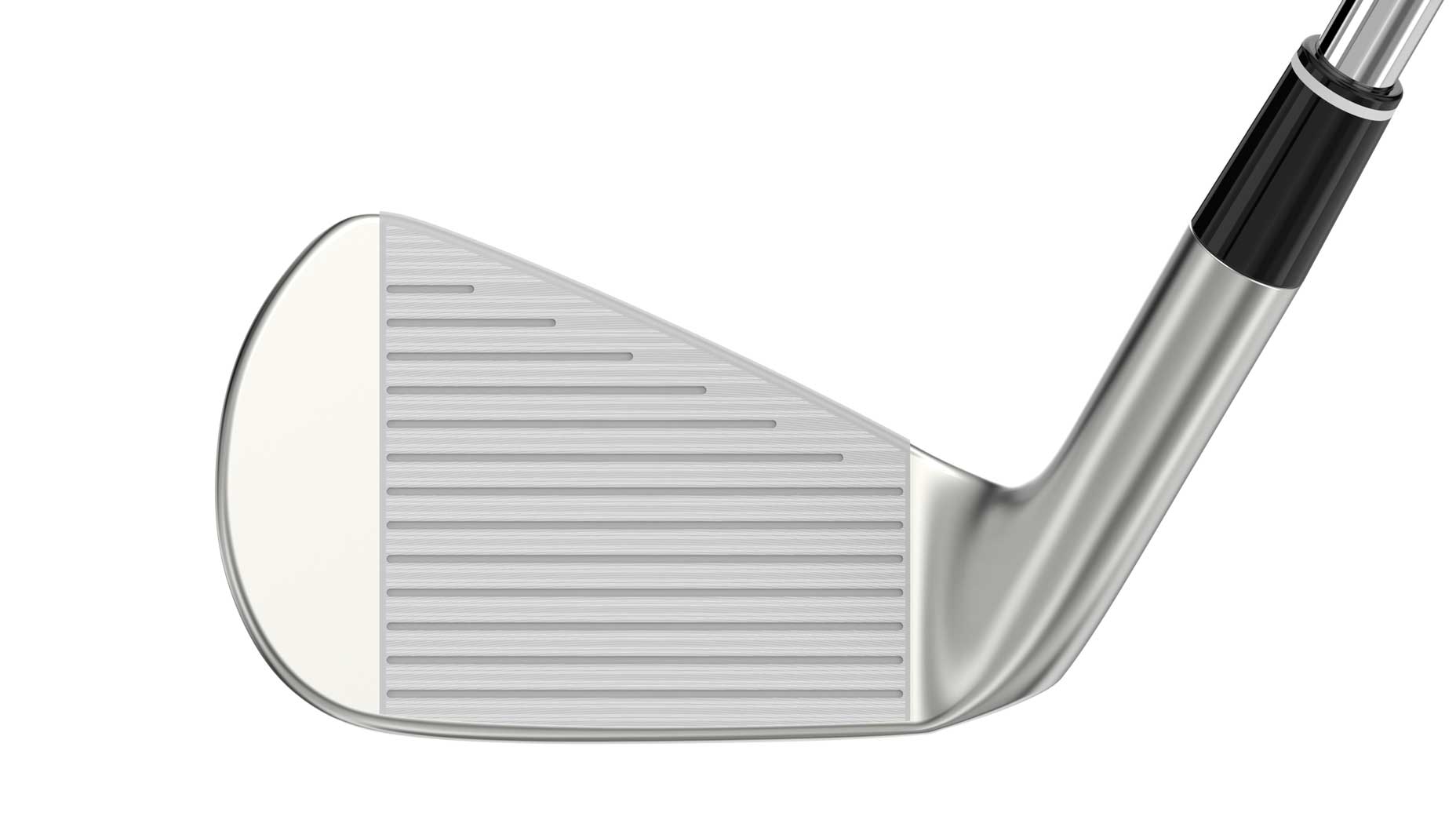 The hollow cavity on the ZX4 is going to make it easier to chase distance, especially when paired with a red-hot HT1770M steel face. This iron offers the longest blade length in the set and a generous sole width. While those attributes might turn some golfers off, the sleek curves make it look visually appealing in the address position. The ZX4 is a great option for golfers who struggle with consistent contact but don’t necessarily want to go up in head size to solve the problem.

The multi-material ZX5 (3-AW) features high-density tungsten in the long and mid-irons for added stability and a higher launch, along with a Sup10 face for extra speed. The slightly wider sole and moderate blade length — in comparison to the ZX7 — make it a great option for mid-handicappers. It’s also a worthy option if you’re considering a blended set.

Workability can be found in the ZX7 (3-AW), making it a strong choice for better players or those who need a more compact profile in the short irons of a blended set. The solid construction head is forged from 1020 carbon steel with a slug of tungsten placed in the toe of each long and mid-iron to maintain a consistent ball speed and spin rate on mishits.

The ZX MKII utility iron (2-4 iron) is designed around a forged 1020 carbon steel body and Sup10 face for more oomph at impact. The club boasts the widest sole in the lineup — and rightfully so. The long-iron replacement is designed to glide through the turf with little to no effort, similar to a fairway wood or hybrid. High-density tungsten located in the bottom pushes the CG lower in the head to induce a high launch with every swing.

The traditional blade in the lineup, Z-Forged II (3-PW) has “mid-height toe and heel” features on the back of the club. The compact profile and reduced offset make it easy to work the ball on command. Just don’t expect much in the way of forgiveness.

Want to overhaul your bag for 2023? Find a fitting location near you at GOLF’s affiliate company True Spec Golf. For more on the latest gear news and information, check out our latest Fully Equipped podcast below.