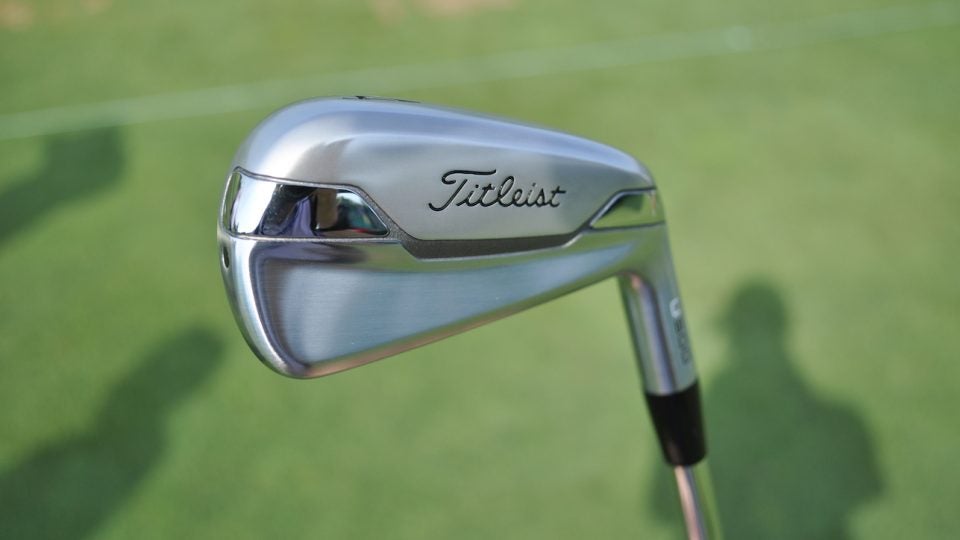 DUBLIN, Ohio — Titleist’s tour seeding and validation process commenced this week at the Memorial Tournament for two highly anticipated products: 2019 TS hybrids and U-Series utility irons. The Tour-only release offers players the chance to provide their feedback and put the clubs in play before the retail launch.

Nearly two years have elapsed since the 818H1 and 818H2 hybrids were released at the 2017 John Deere Classic. Unlike the previous release, Titleist chose to link up the hybrids with the rest of the company’s drivers and fairway woods by giving it the same TS name, graphics and technology (from what we can tell). 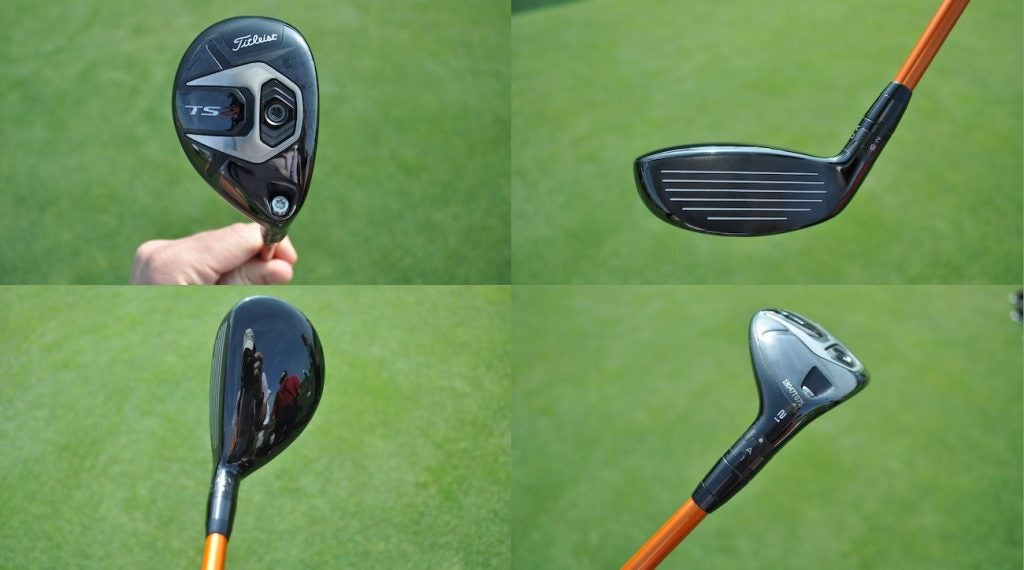 Titleist rarely offers up insight on its new products during the tour seeding process, but a couple of assumptions can be gleaned from in-hand photos obtained at Muirfield Village Golf Club. The TS2 will likely be the more forgiving hybrid in the lineup with a fixed CG location to improve launch and forgiveness, while the TS3 offers what appears to be a SureFit port in the toe to alter launch and spin.

And with Project X’s HZRDUS Smoke shaft resting next to the hybrid heads in promotional photos, it’s safe to presume a stock shaft offering has already been selected for the retail launch. Smoke has been a popular option for the TS drivers and fairway woods were unveiled, so this is far from a surprising development. 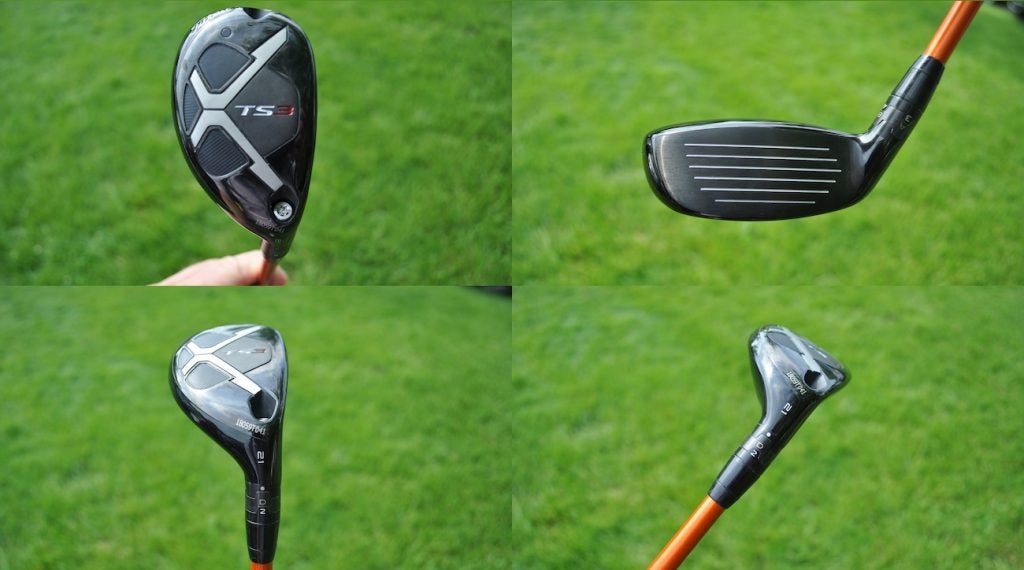 The more intriguing development has to be Titleist’s decision to release what looks to be a dedicated utility iron along with the hybrids — a move that was no doubt strategic.

In recent years, T-MB has acted as the de facto utility iron in Titleist’s lineup even after 716 T-MB was released as a full set. You have to go all the way back to 712U to find the last time Titleist designed a dedicated utility iron. 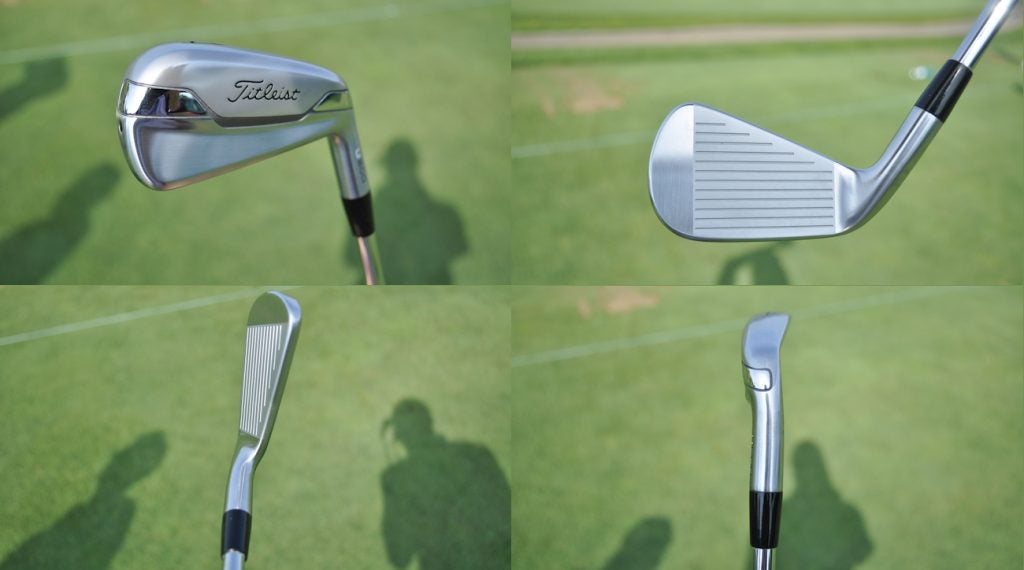 It would appear Titleist is reinserting a utility iron into the lineup, only this time around there will be two different models: U500 and U510. The U510 has a shallower face, thicker topline and longer blade length than the U500 — a profile that’s more in line with the game-improvement 718 AP1. The U500 offers a better player profile that’s reminiscent of 718 AP2.

However, both utility irons were spotted on the range this week. On Tuesday, Bill Haas tested U500 while Peter Uihlein opted for U510 in multiple lofts, including a 1-iron. Haas added a Titleist AP3 3-iron to the bag at Colonial but mentioned as he taking cuts with a U500 3-iron that he didn’t need the high launch of AP3 and was looking for something with more of a utility iron trajectory. 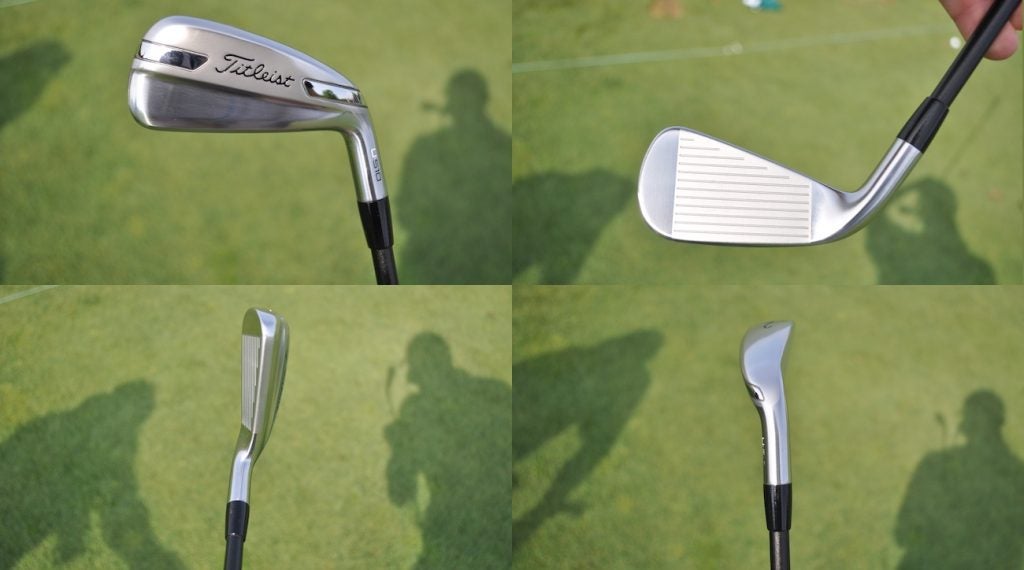 Offering two different utility iron models essentially gives Titleist the ability to cast a wider net and fit players into a head geared specifically for their game, something they’ve already been able to accomplish with TS2, TS3 and the multitude of iron offerings in their arsenal.

If TS and U-Series follow the lead of 818, we won’t have to wait very long to get all the answers. The 818 hybrids debuted in July 2017 and were available at retail less than three months later.