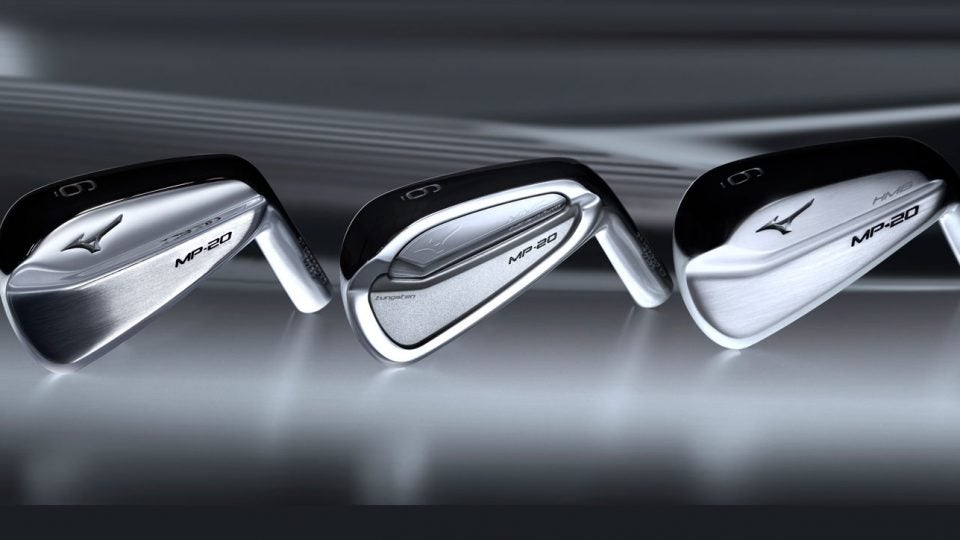 Mizuno’s famed MP line, used to win majors by the likes of Nick Faldo, Tiger Woods, and too many others to name, is still going strong as evidenced by the impressive MP-18 line from a couple of years ago. But the company’s R&D team has been busy in the interim, producing the new MP-20 lineup that can pretty easily be deemed the most complete and impressive MP family to date. Comprised of three models including Blade, MMC, and HMB, the new MPs offer something for just about everyone including low-, mid- and even some higher handicap players looking for a players distance model. Here’s the breakdown on each iron – maybe one or a mixture of all three will fit your game.

The three new irons in the MP family are designed to maximize a specific type of performance and blend together seamlessly, and the Blade exemplifies the control aspect of the group by providing the ultimate in feel and shot shaping ability all the way through the set. After extensive testing with the company’s Tour staff, including a ton of balls hit by none other than well-known range rat Vijay Singh, the tapered blade shape of the MP-20 was determined, featuring a thinner topline than the MP-18 as well as a progressive design with minimal taper and lower sweetspot in the long irons for higher launch, a moderate taper in the mid irons for mid launch, and the most taper in the short irons for a higher sweetspot and lower trajectory flight. 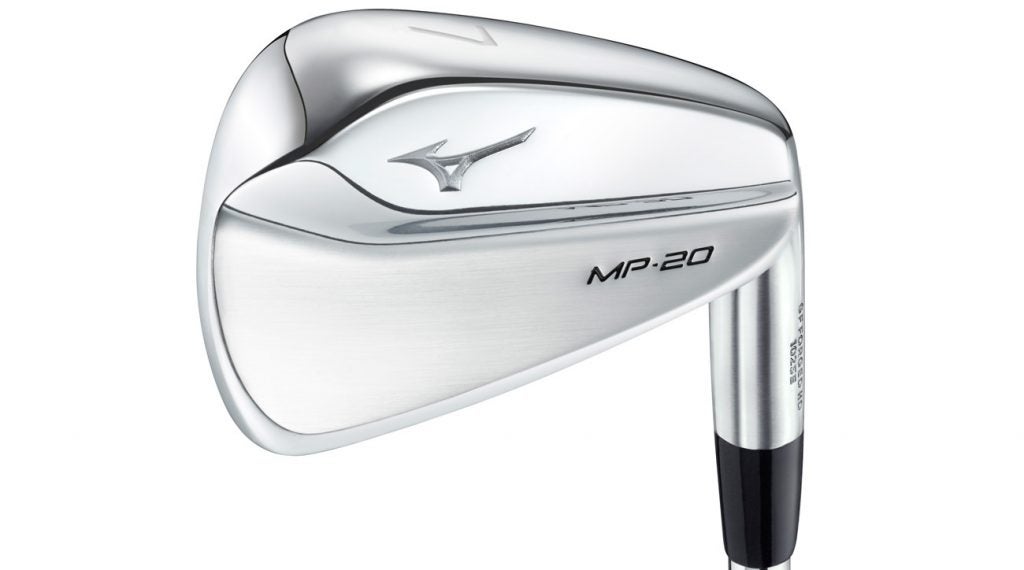 But the biggest story regarding the MP-20 Blades might be the unique construction and feel, which incorporates both Mizuno’s famed Grain Flow Forged HD process and mild carbon steel with a copper underlay. The very thin copper layer, which lies beneath the satin mirror chrome finish and a layer of nickel, is taken from the old TN-87 model, which was renowned for its soft feel. In fact, during some testing at the Valspar event earlier this year, nearly every single pro that participated in a blind test selected the model with the copper underlay for providing softer and better feel.

The MMC is the middle child in the MP-20 family and features a “player’s cavity” design complete with titanium plate, tungsten weight and a similar copper underlay to the MP-20 Blade. Aimed at better players who want improved long iron performance and more workable short irons, the newest MMC features a thinner topline than the previous MP-18 MMC as well as improved placement of the titanium plate in the cavity. The new design positions the titanium behind the impact spot on the clubface for more solid feel as well as incremental perimeter weighting for enhanced performance and stability on both center and off center strikes. 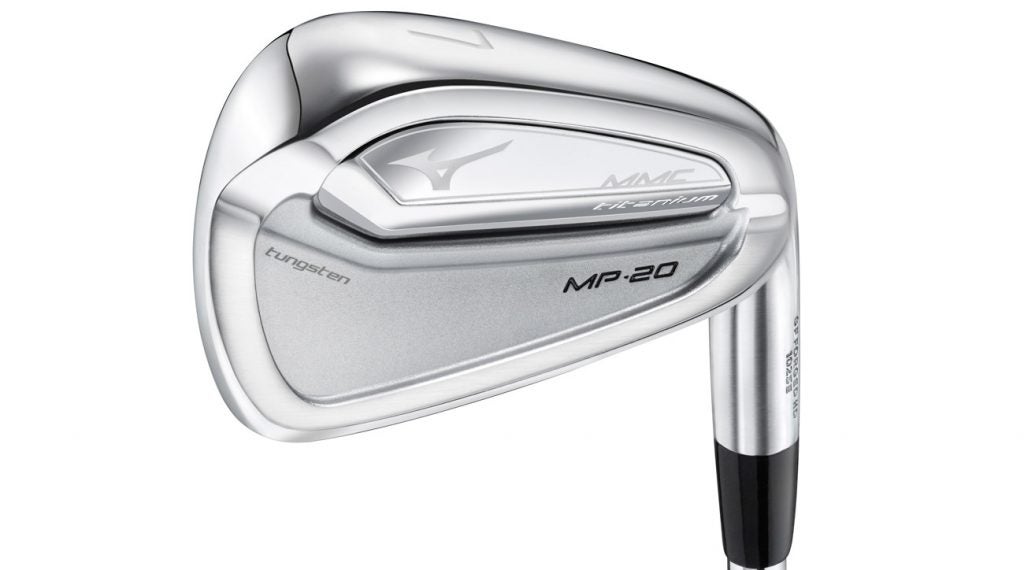 The longer irons in the set (4-7) also feature 12g tungsten sole weights in addition to the 12g titanium plate while the shorter irons (8-PW) feature only a 10.5g titanium plate. The result is progressive performance with lower CG locations and higher launch in the longer irons and higher CG locations and more boring trajectory in the shorter irons. Like the MP-20 Blade the MMC also combines Grain Flow Forging HD with soft carbon steel and a copper underlay for a softer overall feel.

The hollow muscleback design fits nicely into the players distance category, and the HMB is one of the few available today that actually features a forged clubface and neck. In the HMB’s case, the longer irons (2-7) feature a hollow construction with grain flow forged Chromoly (think Hot Metal) face and neck as well as two 12g tungsten weights in the heel and toe areas for a lower and deeper CG location and easier launch with more forgiveness. A multi-thickness clubface enhanced COR and ball speed at impact while a slightly wider, cambered sole improves turf interaction. 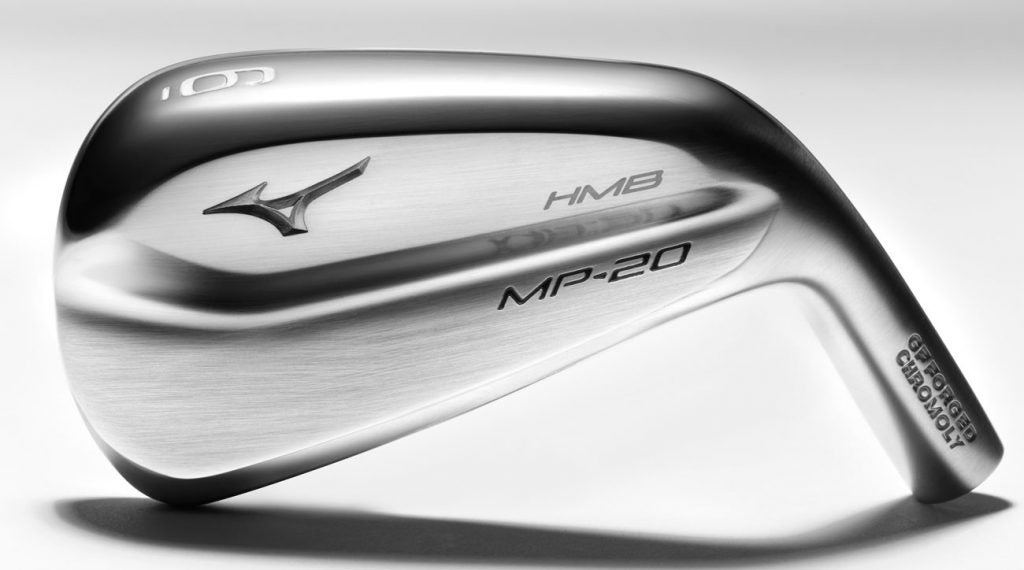 The 8-iron in the set features the same construction as the longer irons but without the dual tungsten weights for a more moderate trajectory, while the shorter irons (9-PW) are only partially hollow and eschew the Chromoly material for soft carbon steel. The goal of the progressive design is enhanced launch, ball speed, and distance in the longer irons and more controllable, lower trajectory flight in the shorter sticks. Like the other members of the MP-20 family, the HMB also features a copper underlay for a softer feel at impact.

The MP-20 HMB is available in 2-PW with a choice of Nippon MODUS 120 Stiff or MODUS 105 Regular steel shafts and Golf Pride MCC white/black grips.

The Mizuno MP-20 iron family will be available for pre-sale on September 5th and at retail on September 20th.