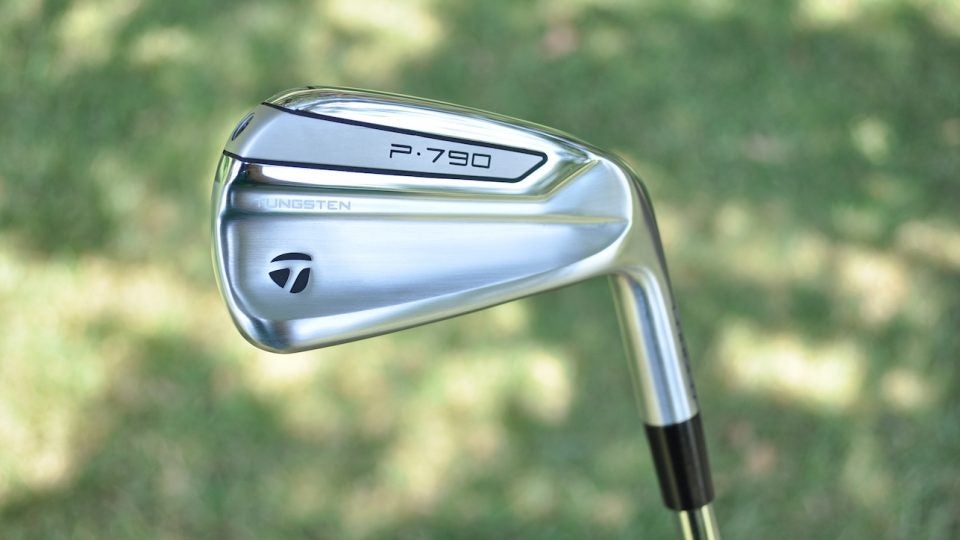 How do you make a highly-successful product even better? TaylorMade’s design team was tasked with coming up with an answer to this exact question during the creation of the new 2019 P790 and P790 UDI — two products that have risen in popularity on Tour and retail shelves since they were introduced last year.

Along with rolling out updated versions of the first-generation iron and driving iron, designers created an ultra-premium performance blade offering that boasts a combination of 9-1-1 titanium and tungsten for even more ball speed and forgiveness.

Here’s a complete rundown on all three models: 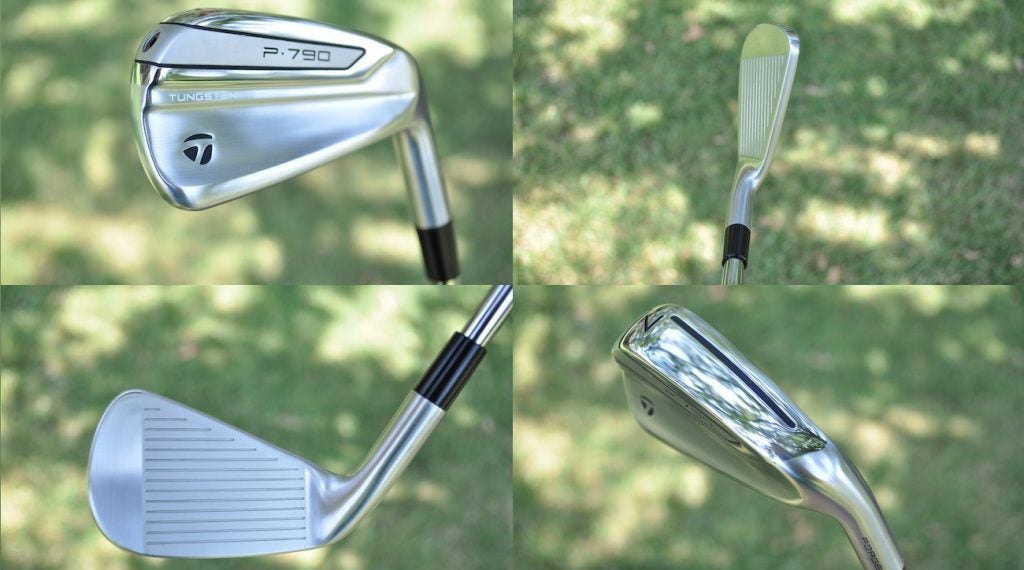 Instead of trying to reinvent the wheel, the new P790 will feature a few noticeable changes, beginning with a reduction in face thickness (7 percent) and the inclusion of a Progressive Inverted Cone Technology (PICT) design that no only improves the overall speed of the face but accuracy throughout the set. According to TaylorMade, “PICT” also reduces the right miss often found in long irons.

TaylorMade’s proprietary low-density SpeedFoam is once again injected into the clubhead, via a port in the toe, as a liquid and expands to solid form over a period of 45 minutes.

The material provides support to the face while acting as a dampener to improve sound. Due to its low density properties, SpeedFoam is beneficial for center of gravity, as it doesn’t add weight to the middle of the head.

Under the hood is a tungsten slug — 15 percent more than the original — that was reshaped and increased in size by removing weight from the face and high toe portion of the iron frame. By increasing the amount of tungsten in the head, designers were able to drive the center of gravity deeper to raise launch.

Subtle changes were made to the overall profile. The sole radius was reduced to decrease the possibility of digging at impact, while the topline was refined by raising the overall face height in the toe for a seamless progression throughout the set. Offset was taken out in the long irons (3-6) and the blade length in the scoring clubs (7-PW) was decreased to the head a compact look. 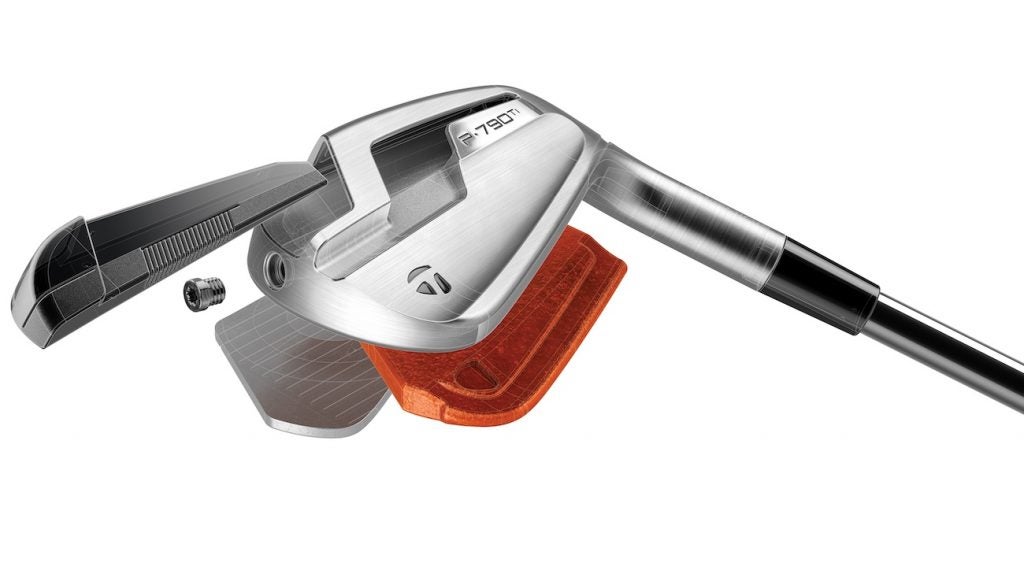 Billed as the “most premium iron line TaylorMade has ever created,” the P790 Ti is TaylorMade’s answer for the ultra-premium marketplace. The game-improvement offering is comprised of a 9-1-1 titanium frame that allowed engineers to add up t0 119 grams of tungsten to the head — nearly half of the overall weight. Visible in the lower portion of the head, the tungsten bar gives P790 Ti the lowest center of gravity (CG) of any iron in the company’s lineup.

The titanium frame also made it possible to increase the overall size of the sweet spot by combining the tungsten weight with TaylorMade’s thru-slot Speed Pocket. The thru-slot increases flexibility in the lower portion of the clubface — the slot can now be found in the 8-iron — for improved forgiveness and consistency. 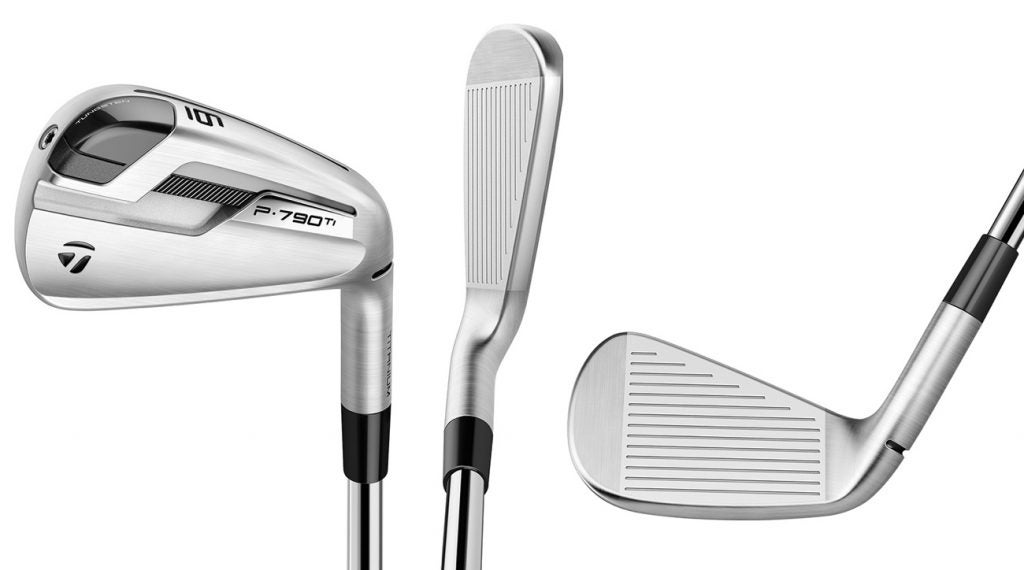 A progressive Inverted Cone Technology design can also be found in the head and offers a reduction in overall face thickness to enhance flexibility for faster ball speeds.

Compared to the 2019 P790, the Ti version has a longer blade length (2 millimeters), taller face (2 millimeters) and more offset (.5 millimeters). The wider sole should also appeal to golfers who have trouble with turf interaction. 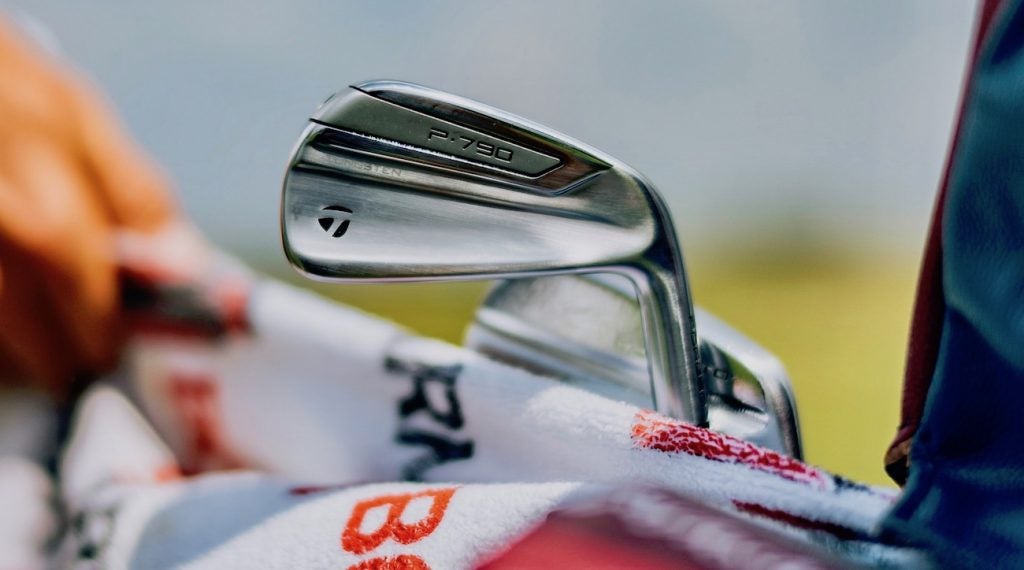 Featuring an updated look, the multi-material P790 UDI is constructed with an 8620 carbon steel body and high-strength 4140 carbon steel face that wraps onto the sole and ends at a cut-thru Speed Pocket. Introduced last month during the Open Championship, the driving iron houses the same low-density SpeedFoam inside the head that provides support to the face while enhancing sound at the same time.

The thin carbon steel forged face is paired with Inverted Cone Technology (ICT) to provide mis-hit protection across a larger area. While the new ICT is smaller, it helps reduce face thickness around the edges and flexibility from heel to toe and low on the clubface.

Taking a page from the first-generation P790, the updated UDI includes internal metal-injection molded (MIM) tungsten weighting that dials in the center of gravity placement and boosts Moment of Inertia (a measurement of forgiveness).