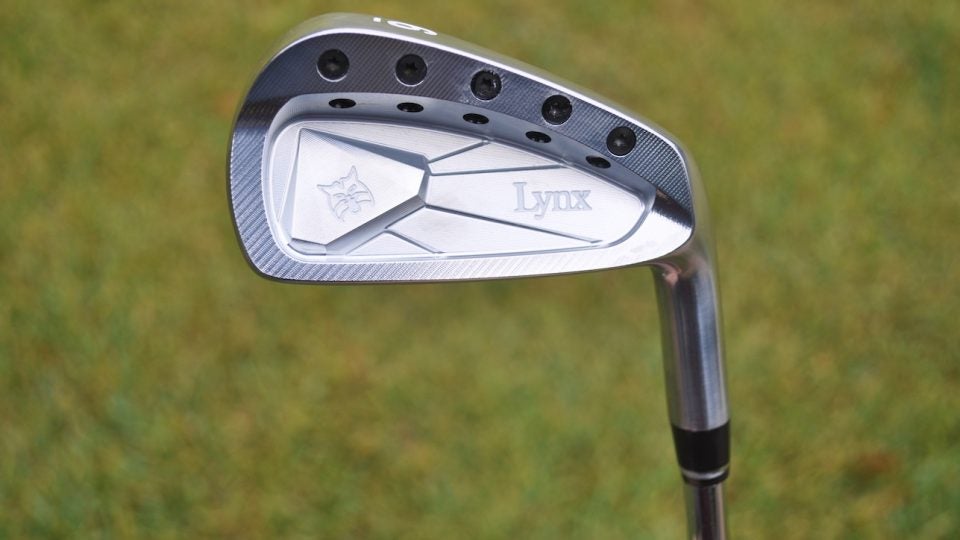 Five fixed tungsten screws are positioned around the low half of the head to lower CG and increase MOI.
Jonathan Wall

Lynx Golf returned to North America earlier this year with the introduction of its Prowler VT driver and irons at the PGA Merchandise Show. With its presence established, the equipment manufacturer is turning its attention to the player distance category with two new iron designs geared for the low to-mid-handicapper.

With a blade length 20% larger than Lynx’s previous forged offering, the Prowler Forged appeals to a wide range of playing abilities with a progressive offset design that promotes consistent contact by squaring up the face at impact.

Five fixed tungsten screws can be found in the low section of the CNC milled head and help lower the club’s center of gravity to improve overall inertial properties (ball speed protection on off-center hits and forgiveness). Each iron is forged from 1020 carbon steel and outfitted with a high-polish finish. 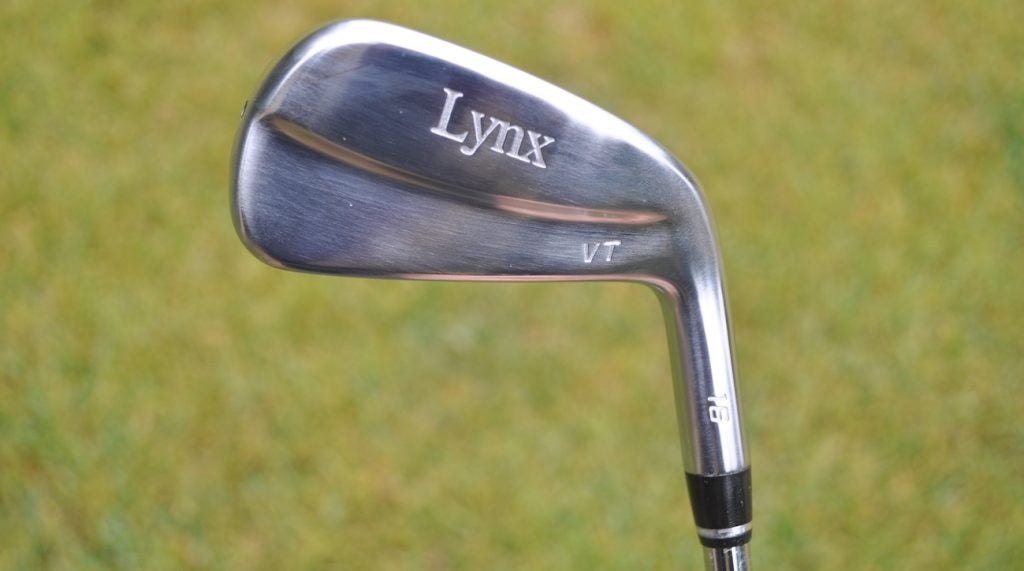 Lynx's VT Stinger fills a void for the golfer who needs forgiveness at the top of the set.
Jonathan Wall

For the golfer who needs help at the top of the set, Lynx’s VT Stinger utility iron (12.5 and 16 degrees) provides forgiveness and ball speed in a muscleback package. A variable thickness face positions weight toward the perimeter of the head to increase MOI (Moment of Inertia). According to a release, the perimeter-weighted design “reduces the amount of sidespin imparted on off-center hits by up to 36%, improving accuracy and distance on mishits.”

“Our Prowler lines have been embraced by players around the world because they perform incredibly well and have a beautiful aesthetic that speaks to avid golfers,” Steve Elford, Lynx Golf’s CEO and co-owner, said in a release. “These additions to the collection fill two spaces our customers have been asking for, a driving iron with outstanding performance and without the standard bulky look of modern hybrids, and a cavity-back forged iron that looks and feels as good as our blades, but offers added forgiveness.”